In Trudeau and Trump Jr.'s visits to India, a tale of two trips 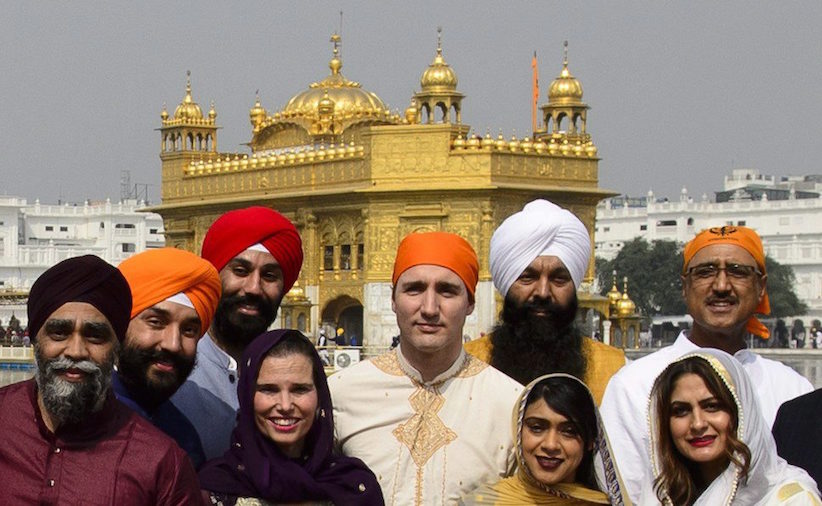 Ashish Malhotra is a journalist based in New Delhi, India.

Prime Minister Justin Trudeau finally met his Indian counterpart Narendra Modi on Friday as his week-long trip to India drew to a close. And though the two leaders embraced, it could only do so much to turn around a trip that’s dominated by rumblings over the Indian government’s perceived “snubbing” of Trudeau for his government’s alleged links to a Sikh separatist movement.

Modi is known to both personally greet and tweet world leaders when they come to India. But when Trudeau arrived last weekend, neither gesture was extended. And for the majority of the ensuing trip, the Canadian Prime Minister and his family were seen jumping from one photo opportunity to another like tourists, without any senior Indian officials in sight. Controversies sprung up throughout, including the revelation that Jaspal Atwal, a Canadian citizen who was convicted for attempting to murder an Indian politician in the 1980s, was on the guest list for a dinner hosted by the Canadian High Commissioner in New Delhi.

Indian journalists haven’t been too kind to Trudeau either, with many criticizing his politics and praising what has been seen as Modi taking a tough stance. “Trudeau’s India trip is a total disaster—and he has himself to blame,” wrote one prominent journalist in a piece for the Washington Post. “Must appreciate Modi Gov’ts firmness. Trudeau’s vote-bank politics has ruined Canada’s India relationship,” tweeted another, implying Trudeau’s policies have pandered to Canada’s Sikh population.

But India’s frosty reaction to Trudeau is especially interesting when compared to the warmer welcome it gave to another North American visitor this week. Donald Trump Jr., the son of the U.S. President, was also on a whirlwind trip across the country promoting a series of Trump-branded luxury buildings, while also planning to deliver a foreign policy speech at a business conference—to a largely exultant reception. Some observers wonder if the Trump Jr.-Trudeau juxtaposition is telling of the signals the world’s largest democracy wants to send out to the world about where its priorities lie.

“There is an interesting dynamic at play in looking at the twin, overlapping visits, where the President’s son is lavished with attention and positive press, and the Prime Minister of Canada is given the opposite treatment,” says Manu Bhagavan, a specialist on modern India who teaches at Hunter College at the City University of New York.

“Given that one is trying to sell private, luxury property, while giving banal, orientalist interviews, and the other is trying to sell globalist goodwill and better international relations based on pluralism, this is all deeply disturbing.”

Indeed, the President’s son was offering prospective buyers a chance to meet him for “a conversation and dinner,” a  promotion that has been criticized as selling access to the President’s son in a foreign land. Further ethical concerns were raised about the foreign policy speech he planned to give, and he raised hackles earlier on the trip when he said that in India, “you can see the poorest of the poor and there is still a smile on a face.”

But most of that criticism has come from U.S. watchdogs and media—not the Indian political establishment and media who have largely lobbed softball questions at Trump Jr. Major newspapers put full-page glossy ads for the Trump Organization and its local partners on their front pages ahead of the trip.

Trump Jr. was also seen hobnobbing with India’s elite, including the chairperson of the Hindustan Times, another newspaper which ran a full, front-page ad ahead of his trip. And though his speech was abruptly cancelled hours before Friday’s business summit, Trump Jr. still participated in the event through a “fireside chat”—which was followed on stage by a speech from Modi himself.

The warm welcome he received wasn’t lost on him. “I am the first person in the history of India to say I love the Indian media. They’re so mild and nice,” joked Trump Jr. at his chat, while also criticizing the American press, drawing laughter and applause from the crowd. “Because as aggressive and as brutal as they can be, they’ve at least been fair.” 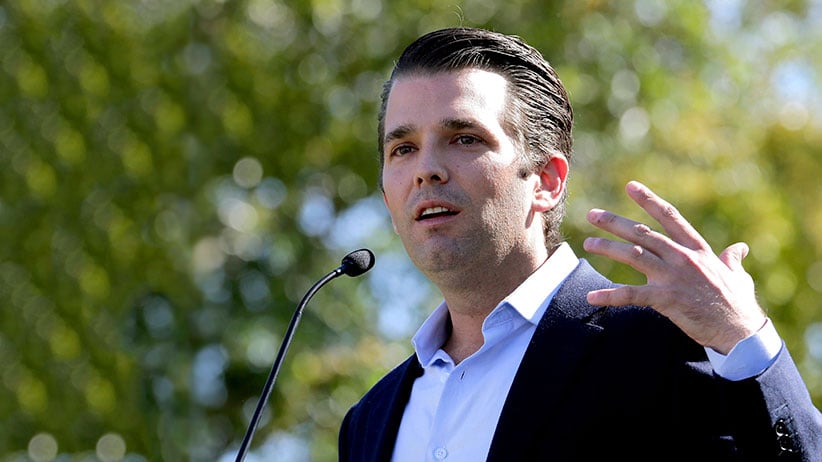 India’s feting of Donald Trump Jr. is clearly a far cry from how its response to Trudeau, who to Bhagavan’s point, might be seen as a more natural partner for the world’s largest democracy—a country founded upon a liberal constitution.

But to some, adulation for a member of the Trump family fits in with India’s current political leanings under Modi, who is the face of both a right-wing party and government with Hindu-nationalist underpinnings. Critics have have long drawn comparisons between Modi and Trump, categorizing them as members of a global wave of illiberal, “strongman” leaders. And many feel Modi’s election in 2014 emboldened elements of society in a way that has led to greater levels of religious intolerance and violence.

“The message that Trudeau sends when he goes anywhere and talks, that message doesn’t coincide with the message of the Indian establishment right now,” says Jas Oberoi, a Canada-based commentator who is a contributing writer to the Indian news site Newslaundry.

“Of course, if they were true to their ethos and they wanted to actually be the largest democracy, they would have been more with Justin Trudeau. But it seems right now the political dispensation is not aligning with that, but instead with something that really matches with Trump’s style and aura.”

But not everyone agrees with that analysis, particularly in India. In fact, what’s been extraordinary about the negativity towards Trudeau in India is that it has come from both the country’s political left and right. Rival politicians from the ruling Bharatiya Janata and opposition Congress parties have reportedly been brought together over the issue, and many of the journalists and commentators who have expressed support for Modi and have criticied Trudeau are widely regarded as liberal and are often outspoken against the government.

For them, the issue is not about the broader ideologies of Trudeau and Trump—it’s about the memories of the violence that accompanied the peak of the Sikh separatist movement known as the Khalistani movement in the 1980s. The movement is estimated to have claimed tens of thousands of lives—and though the Canadian government accusations of links to the movement, many Indians are concerned there are still many involved in Canada today. The Atwal gaffe only added more fuel to the fire.

“You have to understand how big the extremism issue was,” says Shivam Vij, a well-known journalist and commentator. “It was like Punjab and Delhi feeling like Kashmir. In the Khalistan militancy years there was a fear of a bomb blast any time in Delhi.”

Though Vij acknowledges the movement is no longer majorly active, he does not feel that concerns about the movement rising again through foreign links are overblown.

“There is no demand for Khalistan in Indian Punjab now, but the embers of a sort of Sikh extremism might still be there, and therefore it is a sensitive issue…we cannot afford to have it again.”

Bhagavan also recognizes the need to oppose anything that might spark violence or agitation in the country in the name of Khalistan, and that the Canadian government has made missteps on this trip. But he still finds the fact Trump Jr. has received a warmer reception than Trudeau remarkable, especially in light of developments that have taken place in the U.S. since the senior Trump took office.

“It’s surprising, certainly, that the Trump brand still retains such value in India, given events of the last year or so,” he says referencing potential hardships with the H1-B visa program, the shooting of two Indian men in Kansas last February, and reports that Trump mocks Modi’s accent at meetings.

“These are signs of a disrespectful attitude towards the country and its leadership…given the threats to Indian immigrants and immigration more broadly, there is much more imminent threat to Indian interests coming out of America than Canada.”

Vij, however, is far less surprised by the way the two trips have panned out and downplays the notion it’s about an ideological alliance of right-winged leaders.

“Obama was not right-winged, and yet Modi was hugging him five million times. So it’s just that India needs the US. India and the US have been growing closer every year, every month,” he says

“I would argue that even if we had a Congress government in power they would have been sucking up to Donald Trump Jr. just as much.”