In Ukraine, a gun becomes a necessary tool 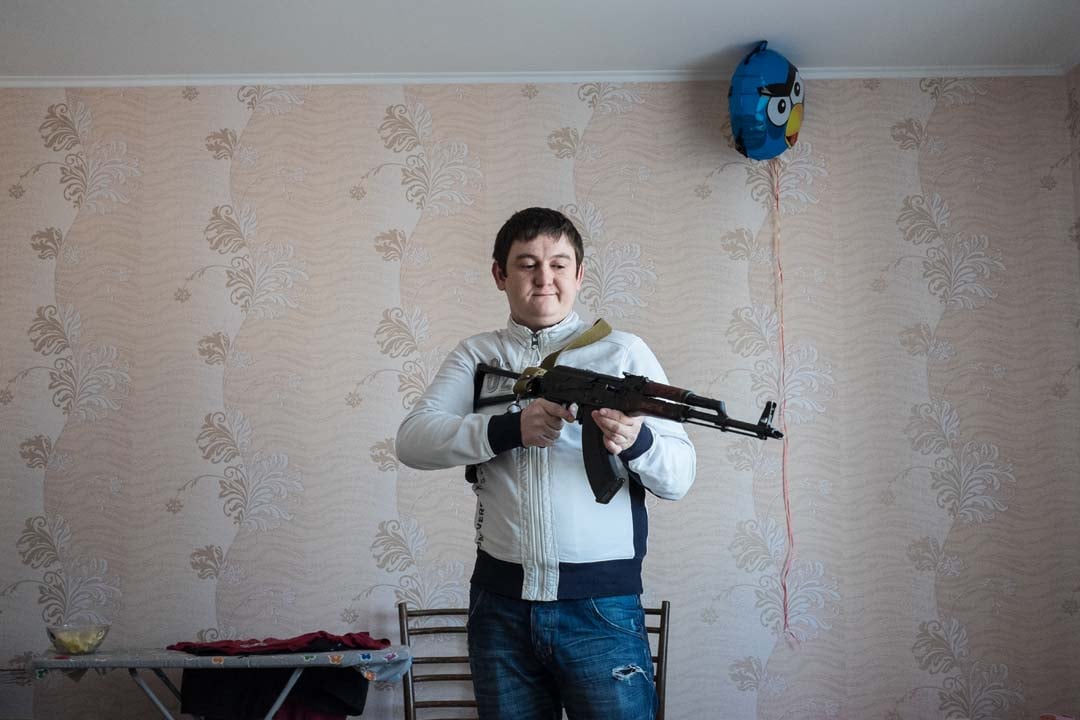 “I'm from Donetsk. In spring 2014 it became clear that without weapons it will be hard. A week after i bought a rifle, the house where I stayed with my friends was attacked by armed people. I had to shoot. Probably, it saved our lives.”  Alexey, 29 years old, businessman, in his apartment in Brovary with rifle, which he bought in April 2014 in Donetsk. (Andrey Lomakin)

Ukrainian photographer Andrey Lomakin says his fellow citizens’ attitude toward guns changed after the Maidan Revolution of 2014 in which the country’s pro-Russian president, Viktor Yanukovych, was ousted following months of street demonstrations and the deaths of scores of protesters at the hands of security forces. “Maidan was a tipping point,” he says. “Two years ago, weapons owners were hunters or people who like to shoot targets in a shooting gallery. Nowadays almost all owners consider their guns for self-defence first.”

Lomakin has tried to capture this change in a series of photographs he calls Amulet, because of the talisman-like sense of security some Ukrainians now derive from their firearms. They are not like soldiers, Lomakin says of his subjects. “They are ordinary people who simply want to protect their family and houses like anyone in the world. Not everyone is comfortable to point a weapon at the aggressor and shoot, but everyone feels safer having one.”

Lomakin says he began looking for subjects through friends and acquaintances who had bought weapons during and after the Maidan protests. They introduced him to others, and eventually he built a network. He says it was important to interview his subjects before photographing them in order to build trust. The results are apparent in the photos—most of which were shot in the subjects’ homes and reflect a familiar intimacy. Some of Lomakin’s subjects appear to cradle their weapons almost affectionately. Their guns are like sports cars, Lomakin says, that can be upgraded with fancy scopes and the like. But most of his subjects, he says, consider their guns to be necessary tools—“like a computer, washing machine or fridge.”