Iran faces terrorism from within

Attacks are escalating in Iran as minority groups retaliate 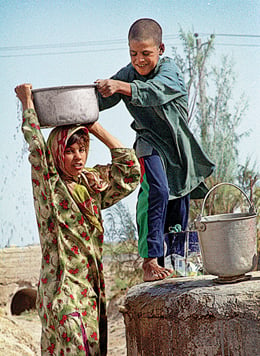 Iran, typically seen as a united, if confrontational, nation in international politics, is developing a domestic terrorism problem at home.

Last week, deputy police commander Ahmad Reza Radan announced that a group of policemen captured by a militant group called Jundullah had been “martyred.” A total of 16 police officers were originally kidnapped from a checkpoint in the province of Sistan-Baluchistan in June. The situation turned deadly when Jundullah, which has fought for the rights of minority Sunni Baluchis since the 1980s, released footage showing three officers being killed this summer. Now the rest are dead. The government prosecutor general has vowed a “tooth-breaking response” to the murders.

The minority Baluchis number around two million and are mainly concentrated in the eastern province of Sistan-Baluchistan, on the border with Pakistan and Afghanistan. This poverty-stricken province has the worst health, literacy and sanitation indicators in Iran. According to the human rights organization Amnesty International, the Baluchis have faced increasingly fierce persecution by the Persian-dominated government since the 2005 election of hardline President Mahmoud Ahmadinejad. Many of them have been forced from their government jobs and at least 200,000 have left for employment in other Persian Gulf nations.

Along with the Baluchis, the Iranian government has subjected other minorities—including Arabs, Azeri Turks and Kurds—to discriminatory laws and human rights abuses. Together, these groups make up about half of Iran’s population. The groups are mostly concentrated in the border regions, and have sizable populations—and support—outside the country. Many dream of creating independent homelands, and there is little doubt that Tehran is increasingly viewing their existence as a threat to the nation’s future.