Adnan R. Khan on the humanitarian crisis in Iraq and why there is some political hope 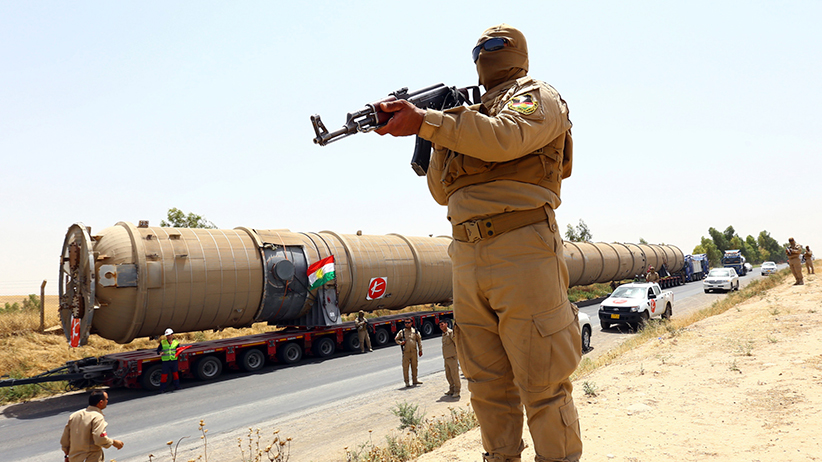 Events in Iraq are moving so quickly, it’s hard to keep track. First, the U.S. began a bombing campaign against the Islamic State of Iraq and Syria (ISIS) on Aug. 8, ostensibly at the request of the Kurds who were reeling from territorial losses they suffered against the militants at the beginning of August.

ISIS had swept into Sinjar, a town in Iraq’s western desert, pushing back the peshmerga, the Kurdish militia, and reportedly begun slaughtering its Kurdish-speaking Yazidi minority. Hundreds of men were summarily executed and dumped in mass graves while women were taken as the spoils of war. Tens of thousands of others—men, women, and children—escaped to the Sinjar mountain range with barely the clothes on their backs and they now face a horrible death by dehydration and starvation, surrounded by ill-informed militants who consider them devil worshippers (such is the fanatic mentality, a logic and understanding based on a total misreading of history).

Bombs have fallen and humanitarian airdrops have attempted to save as many of the Yazidi civilians as possible. The former is succeeding. “Already their guns have fallen silent here,” Ibrahim Shekhala Ibrahim, the mayor of Makhmour where the first U.S. sortie targeted the militants, told me by phone today. “If the U.S. continues supporting the peshmerga, they will be able to crush the militants soon.”

The airdrops, however, appear to be failing. According to media accounts, aid is only reaching a tiny portion of the mass of suffering humans trapped on the mountain. Journalists who have managed to reach them describe fields of rotting corpses set upon by dogs and a stench so putrid it is difficult to breathe. A report in the Telegraph said up to 70 per cent of those forced into the Sinjar mountain range are dead.

It is a shockingly difficult pill to swallow for me. I’ve met Yazidis often in my trips through Turkey and Iraq’s Kurdistan region. They have shown me nothing but kindness. They are a peaceful people who have been subjected to countless attempted genocides over the course of their 5,000-year history. Many now worry that this one may finally succeed.

But there is hope: change is afoot in Baghdad as well. A new prime minister was finally named today, overcoming the most significant hurdle Iraq’s fledgling government faced in its struggle to form a new, inclusive government. Nouri al-Maliki—whose sectarian policies and marginalization of the Sunni minority most analysts agree is the root cause of Iraq’s current crisis—is out.

In his place, newly appointed Iraqi President Fouad Massoum has named Haider al-Abadi, a Western-educated electrical engineer who served as spokesperson for the Islamic Dawa party, headed by Maliki, and was recently elected speaker of the parliament.

Despite being a member of Dawa, Abadi brings a fresh face to the table and along with it, a reputation as a man who is willing to make concessions for the greater good. This is what Iraq needs more than all else.

He faces some tough days ahead. Maliki appears to be refusing to abide by the decision. Sources in Baghdad tell Maclean’s that he is considering contesting the appointment in court. His supporters have already hit the streets of Baghdad in protest and militiamen loyal to Maliki have been spotted fanning out at key locations in the city, including the heavily fortified Green Zone, where Iraq’s parliament is located.

A political standoff at this point could derail reconciliation prospects between Iraq’s Sunnis, Arabs and Kurds. Even if Maliki does finally agree to step down, Abadi would still face a fractious parliament rife with internal tensions and bad blood. Forming an inclusive government, one that finally distributes power and resources between the different ethnic and sectarian groups equitably, will be a challenge.

Nonetheless, at least one thing is now clear: the U.S. strategy in Iraq appears to be bearing some fruit. Withholding military assistance to Baghdad has put the pressure on to find a political way out of the crisis. Iraq has reached the precipice but there is still a chance it can pull itself back.