Why America’s reluctant and late-coming promise to retake Iraq will be long, costly and, quite possibly, futile 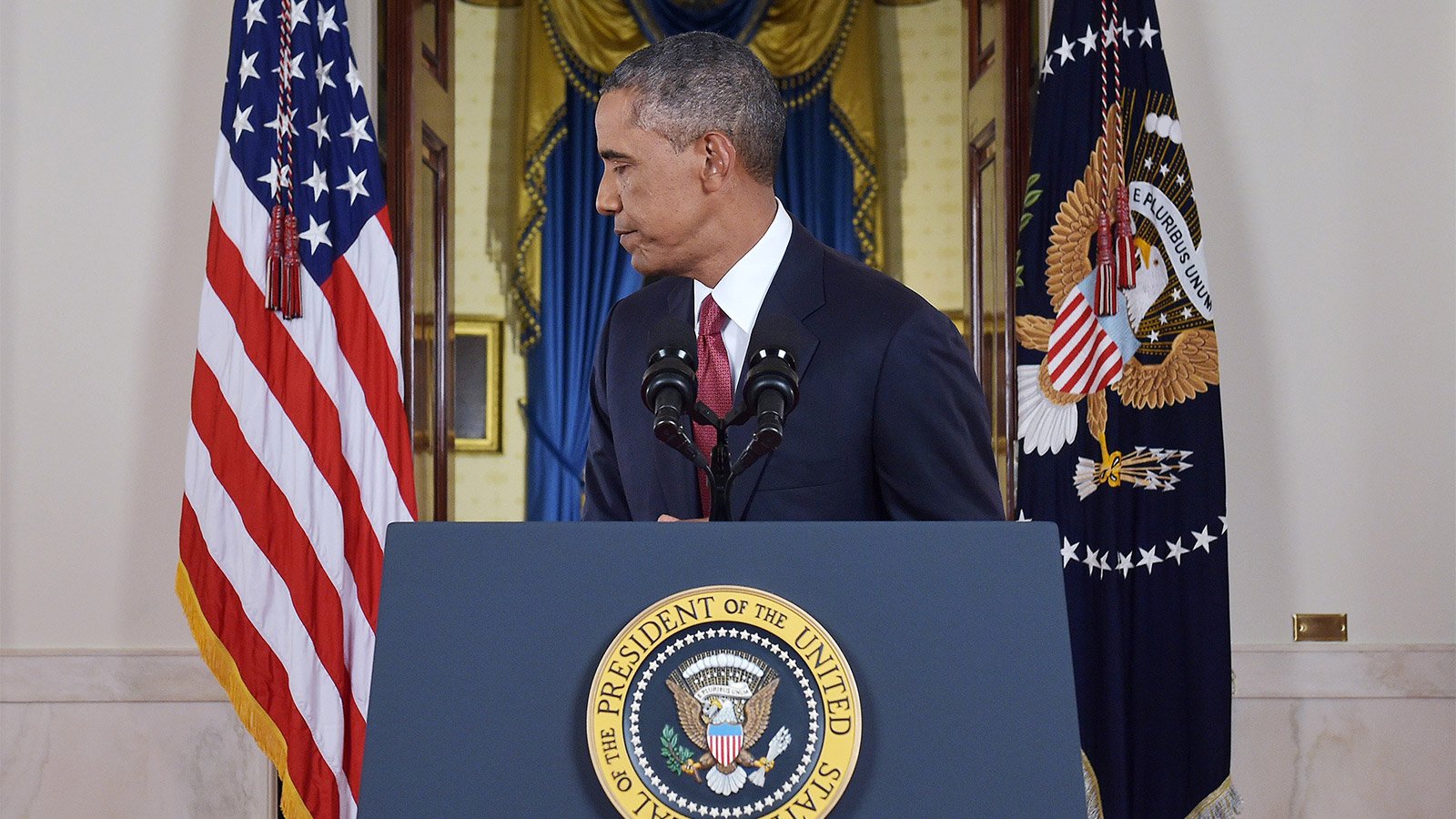 The nihilistic militia that calls itself   Islamic State has been slaughtering, enslaving, raping and ethnically cleansing its way across Syria and Iraq for months, but it was only after the group beheaded two American journalists, James FoleySteven Sotloff and , that U.S. President Barack Obama vowed last week to “degrade and ultimately destroy” the group. (A third captive, Briton David Haines, was murdered this month.)

Obama’s late-coming promise to confront Islamic State, formerly known by the acronym ISIS, reflects his own reluctance to commit troops to foreign wars unless Americans, or American interests, are directly threatened. Even now having done so, it is with restraint. Obama pledged that America would destroy Islamic State, “ultimately,” suggesting it will be a long process. He also said American soldiers will not be fighting on the ground—though, already this week, Gen. Martin Dempsey, chairman of the Joint Chiefs of Staff, said such an outcome is possible.

“I think, correctly, the United States is doing a somewhat limited effort. But you’re going to get limited results,” says Daniel Byman, a professor in the security studies program at Georgetown University. With a civil war in Syria that has raged for 3½ years, killing more than 200,000, many Syrians are cynical about what America’s intervention might now amount to. Obama promised to increase support to moderate rebels in Syria. But he has said as much in the past and, in practical terms, little was done.

“There is a Yiddish saying: ‘If his words were a stick, you couldn’t lean on it,’ ” says Aboud Dandachi, a Syrian exile living in Turkey, in an email interview. “My expectations for Obama could not get any lower than they are now. Obama thinks that every problem can be solved with a speech.”

One of the problems American officials have cited to explain Washington’s tentativeness in Syria is the fragmented nature of the opposition to President Bashar al-Assad and fears that American money and weapons might find their way into the hands of jihadists. Comparatively moderate rebels dominate little ground in Syria. But, according to Andrew Tabler, a senior fellow at the Washington Institute for Near East Policy, America has little choice but to invest in them as a force to replace Islamic State. “There is no other alternative,” he says. “The Assad regime is crippled. And, beyond all the moral reasons for not working with it, it’s not militarily capable of retaking and holding those areas.”

The task facing the U.S. and its coalition allies, including Canada, is slightly more straightforward in Iraq than in Syria, because in Baghdad and in the Kurdish region of northern Iraq, there are governments with whom they can co-operate. But here, too, the fight will be difficult, long and complicated by the loyalties on the ground. Nouri al-Maliki, who was Iraq’s prime minister during the rise of Islamic State before he stepped down this summer, was widely perceived to be a Shia Muslim chauvinist who stoked tensions with Iraq’s Arab Sunni Muslim minority. (Islamic State is an exclusively Sunni militant group.)

Another Shia Muslim, Haider al-Abadi, replaced Maliki as prime minister and tried to reach out to Sunni Iraqis, including by giving them cabinet positions. But Iraq is still divided along sectarian lines. Shia militias are battling Islamic State, but have also massacred Sunni civilians. Joshua Landis, an associate professor at the University of Oklahoma, believes efforts to rebuild pluralistic states in Iraq and Syria are futile. The entire region, he says, is “going through a great ethnic rebalancing,” meaning ethnic and religious minorities will be killed or driven from their homes, and he doubts America or any other outside power is willing to invest the blood and money necessary to stop it.

If he’s right, the prospects of defeating Islamic State are dim. But there are reasons to be more optimistic. Islamic State’s grotesque barbarism and its expansionist ambitions have spurred the formation of a diverse coalition against it that includes Western and regional Sunni powers such as Jordan and Saudi Arabia. The Sunni tribes of Iraq have also previously turned against jihadist insurgents, during the so-called Anbar Awakening of 2006-08.

It is reasonable to hope that residents of the towns and cities Islamic State now occupies will be glad to see the departure of a group that consists, in large part, of foreign radicals. Local support will be necessary if Obama is to keep his promise not to send combat troops. Some Islamic State members clearly hope those soldiers will come. One, an Englishman who goes by the name Abu Abdullah Britani and is rumoured to have been involved in the murders of Western captives, recently taunted on Twitter: “We welcome America into Syria with open arms . . . and an explosive vest.”