Is Canada-EU trade getting bogged down? 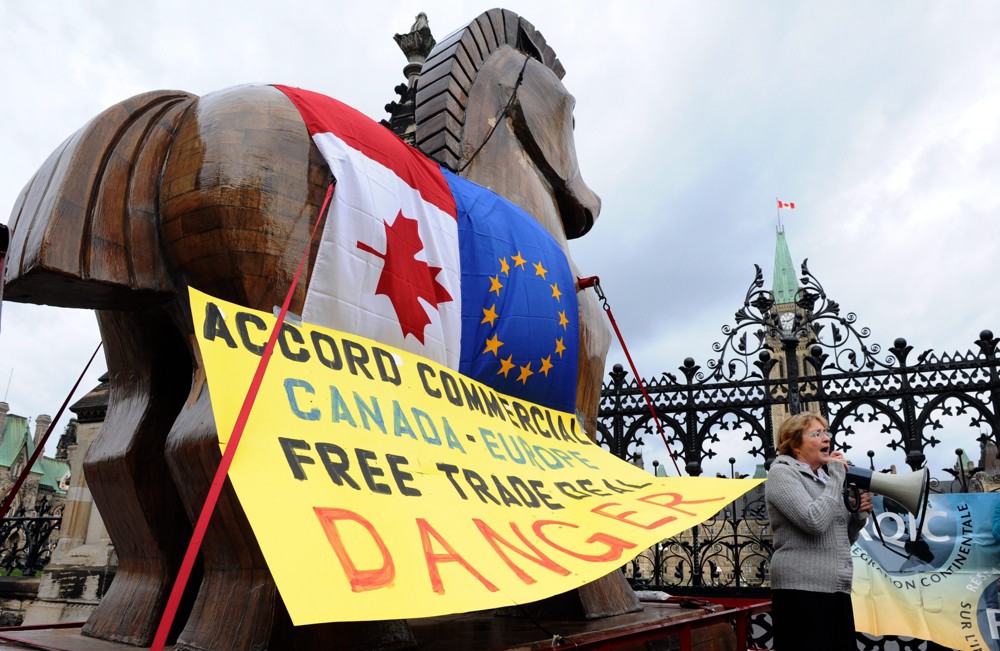 Here’s a surprise from the Polish newspaper Rzeczpospolita (I read ’em all): An interview with Steve Verheul, Canada’s lead negotiator for the Canada-EU trade treaty known as CETA. There were many signing ceremonies for this treaty over the last months of Stephen Harper’s tenure as prime minister, but there’s been less news about the treaty’s fate since all the pomp and circumstance faded.

Verheul’s interview suggests not everything is hunky-dory. At issue, as anyone could have predicted (and Maclean’s did 10 months ago), is the so-called “investor-state dispute settlement” (ISDS) provisions in the trade deal. Here’s a random blog post from the nationalist Council of Canadians on ISDS provisions. Such concerns have been raised in mirror fashion by any number of trade-skeptical NGOs in Europe.

Canada’s embassy in Warsaw was kind enough to have Verheul’s interview translated; here it is, large enough to read. And here’s what stands out from Verheul’s comments:

“We do not think the agreement needs to be renegotiated. We would like to avoid this. However, we are aware of the fact that ISDS is being debated in Europe. We are open to dialogue on this matter, including some amendments to the contents of CETA, provided that this does not cause the ratification process to be considerably delayed.”

Verheul also says the so-called “legal scrubbing” to ensure the treaty’s legal text matches negotiated positions is taking “a bit longer than assumed.” But scrubbing’s nearly done, and will be followed by translation into all the EU’s many official languages, and then by ratification, first at the community level, and then by national parliaments.

That’s where this ISDS business could cause real trouble. Benefits from enhanced trade are diffuse and not always easy for citizens to notice. Concerns about national sovereignty are localized and easy for NGOs to provoke. A bottleneck in, say, the German or Greek or Hungarian parliament could spell trouble for the whole treaty. Verheul calls the heated debate over ISDS in CETA—and especially in TTIP, the far larger and more delicate EU-USA trade deal now being negotiated—”comes as a significant surprise to me.”