Is everything getting better or worse? Yes.

Scott Gilmore: Your news feed may be an 'unrelenting fire hose of doom.' But the bigger picture might not be so desperate. 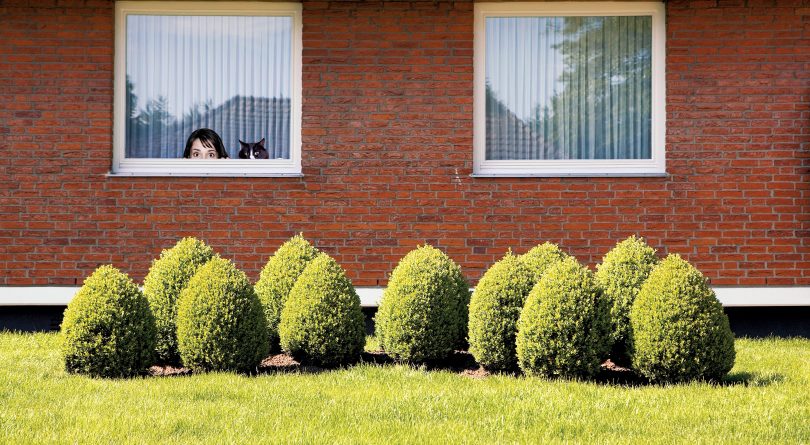 I’ve been going to a lot of movies lately—almost weekly. I mostly watch super hero movies, where there is a good guy, a bad guy, and a happy ending. While the kids like the fight scenes, it’s the predictable, comforting story arc that I like. Even at today’s ticket prices, it’s cheaper than therapy.

Like most of us, I am drenched with “breaking” news. It follows me around all day like a small little grey cloud pouring down a constant drizzle of scandal, crisis, and outrage. When I go to the office, my laptop drips out bad news and distracts me several times an hour. When I get up to go home, the phone in my pocket pings and beeps and chirps to make sure I don’t miss anything. I don’t. And all of it is terrible.

At least it seems that way. I have been a long-time and loud proponent of the idea that the world has actually never been better—arguing that we are psychologically wired to focus on perceived threats and to discount progress, and that we are trapped in a news culture that only shouts about the bad stuff. But these days I find it harder to take the stubbornly optimistic position, and find myself going to the movies instead.

READ: Will we really sacrifice the Canadian economy at the altar of the dairy industry?

So, is everything really falling apart, or does it just feel that way? Unfortunately, there is more than enough objective evidence to support the argument everything is a mess.

To begin with, the number of people killed in battle globally has quadrupled in the last seven years—mostly due to the increased fighting in Syria. That conflict has led to the largest refugee crisis in history, displacing over 68 million people. Around the world, state-based violence resulting in death, such as Myanmar’s attack on the Rohingya, has also quadrupled over the last decade. The number of civil and state-to-state conflicts is at an almost all-time high. And the last four years have seen the highest number of terrorism-related deaths in modern history, five times higher than even just a decade ago.

Economically, there are worrying signs everywhere. Income inequality in all of the English speaking countries has increased steadily over the last 30 years. Economic growth in Canada and other western countries has stagnated and some predict it will never return to the growth rates enjoyed just a couple of decades ago. Incredibly, the millennial generation is underperforming their parents financially, and a recent study showed they have poorer health than their parents did at the same age. This marks the first time in modern western history that one generation was not boosted upwards on the shoulders of the last.

Behind all this bad news are the relentless and increasingly loud warnings that we are facing catastrophic climate change. The global carbon output is increasing once again (after a brief dip driven by slower economies). Record high temperatures are now the norm around the world, and some scientists are beginning to warn that it’s too late to stop runaway warming.

And then, there is politics. In Europe, Russia is increasingly belligerent, disrupting western democracies, even carrying out nerve agent attacks against critics in the United Kingdom. Nationalist politics are on the rise, and arguably the two institutions most responsible for the unprecedented seventy years of European peace (the EU and NATO), are being undermined from within and by Donald Trump. The President has also rolled out the most corrupt and destabilizing administration in modern history, one that threatens to gut the Canadian economy while it immolates the American constitution.

Good god. I hadn’t written that all down at one go before. I’m going to get a drink.

But. But. But. Context is important. So is the bigger picture. (I am saying this to myself as much as I am to you.)

MORE: The secret no government wants you to know: No leader has a ‘mandate’

Yes, conflicts are up, but when considered against the broader sweep of history, this remains an unprecedented period of peace. In pre-contact British Columbia, a quarter of all deaths were violent, a rate over 200 times worse than the present. The homicide rate in medieval Europe was 23 times higher than it is now. Life expectancy in 18th century Europe was only 37 years. Now, almost every country in the world is enjoying historically low infant mortality rates and historically long life spans.

Collectively, we are enjoying a higher standard of living than we ever have. And while this new wealth is not as evenly distributed as it once was, even the poorest quintile is living far better than they were just a few decades ago. For 99.95% of human history, we lacked electricity, medicine, powered transport, or organized education. Now, in Canada, even low income families have access to flat screen TVs, air travel, smart phones, and dentures. The poorest Canadians live better, and longer, than the richest royals of the 19th century.

So, yes, your Twitter feed is an unrelenting fire hose of doom and anger. But if you turn it off, and step back, you can see that these are still incredibly blessed times we are living in. And if these centuries old trends continue (and presuming climate change doesn’t cause humanity’s extinction), our children’s future remains bright.

Nonetheless, go have that drink. Right now it can’t hurt.

Note: All the data referenced in this column (unless otherwise linked) comes from Our World in Data, an extremely well researched and highly accessible site. Everyone should spend time on it.