Islamic State uses children for propaganda, it trains them to be killers, and now it is targeting children for attack 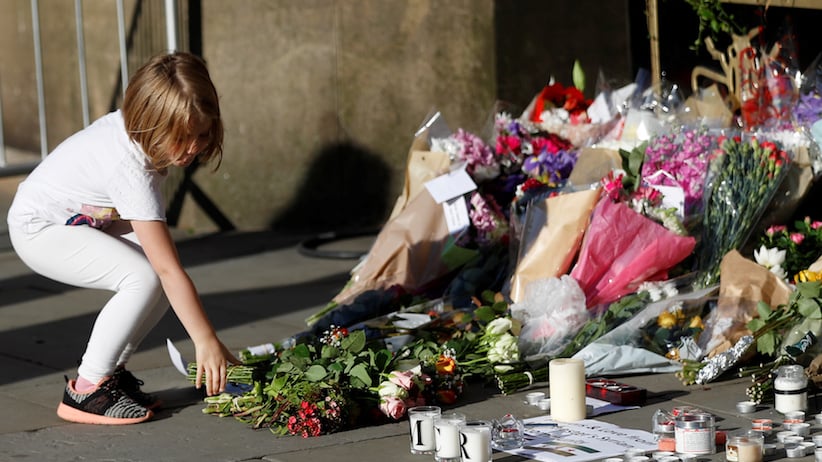 A girl leaves flowers for the victims of an attack on concert goers at Manchester Arena, in central Manchester, Britain May 23, 2017. (REUTERS/Peter Nicholls)

In claiming responsibility for the attack in Manchester at an Ariana Grande concert on May 22, the Islamic State group has sunk to a new low.

We have seen terrorists target venues where young people congregate before—shopping malls, discos and schools. If IS was indeed involved, they have now deliberately targeted young children, tweens and teens and their parents in a horrific attack that has killed 22 as of this writing and wounded 59. The attacker used a nail bomb to maximize the carnage.

Through my research I have gained access to the Islamic State’s encrypted online propaganda platform, Telegram, where last night in the aftermath of the attack, IS supporters disseminated images of dead children from Mosul, saying, “The West’s children would not be safe if their (children) were not.”

This echoed a sentiment I heard many years ago when writing my book “Dying to Kill” about suicide attackers. In August 2001, a Jordanian woman named Ahlam al Tamimi researched a Sbarro pizzeria in Jerusalem to select a time in which the maximum number of families were present. In her attack on the restaurant, 15 people were killed, including seven children and a pregnant woman. Palestinians justified the attack, saying: “If our children are not sacrosanct, neither are theirs.”

As shocking as this attack was, it follows a tradition in which terrorists target children or venues specifically to maximize killing the greatest number of young people.

Children in IS propaganda

The IS propaganda machine uses graphic images of dead children to whip up their base and motivate people from around the world to join their so-called caliphate. These images of children are intended to persuade people that moving to the IS strongholds of Raqqa, Syria or Mosul, Iraq is the only way to halt Syrian President Bashar al-Assad’s slaughter of children.

During the course of research for my forthcoming book, “Small Arms: Children and Terror,” I have found that the group has also increasingly been using children as terrorist operatives, on the battlefield in mixed commando units they call Inghimasi, as propaganda disseminators, building munitions and, since December 2014, as suicide bombers. 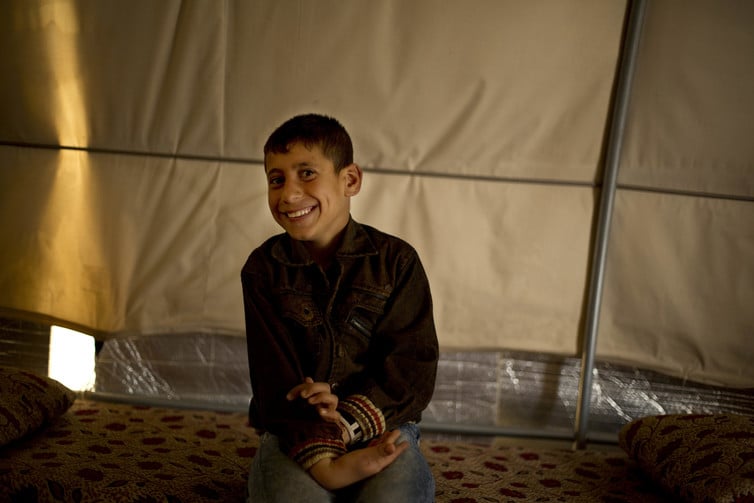 Akram Rasho Khalaf, 10, was captured at the age of 7, trained and sold into servitude by Islamic State militants. (AP Photo/Maya Alleruzzo)

According to a report on children and armed conflict, “In rural Aleppo, Dayr al-Zawr and rural Raqqa, the U.N. found military training of at least 124 boys between 10 and 15 years of age. The use of children as child executioners was reported and appeared in video footage in Palmyra and specific executions.”

IS has used children as young as four to execute prisoners using a remote control, and recently disseminated a video of a four-year-old shooting a prisoner in the head.

One cannot emphasize enough that there is no childhood in IS. The terrorists do not recognize the innocence of the victims at the Ariana Grande concert. The terrorists likewise do not subscribe to the notion that children have, need or deserve an idyllic period of their life in which they are to be protected and cherished.

In fact, Ali Akhbar Mahdi, a professor of religion at California State University at Northridge, argues that the word “teen” has no equivalent in Middle Eastern languages. Instead, they refer to pre-puberty, pre-youth or pre-adult. In most contexts, childhood is simply understood to be a period of time characterized by the absence of reason (‘aql).

Terrorist targeting of children has been more common than most people realize.

For example, from Sept. 1 to 3, 2004, Chechen terrorists held School Number One in Beslan, Russia hostage for three days. There were 1,100 hostages in the school, including 777 children. By the end of the crisis, 384 people were dead, among them the terrorists and more than 350 civilians.

This is not exclusively a Jihadi tactic. The Oklahoma City bombing of the FBI Murrah building included a day care center. “Of the 21 children who were inside the day-care center on the morning of April 19, the morning of the bombing, 15 died, including all four of the infants by the window.”

While IS has opportunistically taken credit for the attack, we do not yet have evidence to determine whether it was a directed or inspired attack. We do know, however, that the terrorist group has manipulated, brainwashed and exploited children for their own purposes and will continue to do so.

The average age for IS suicide bombers and executioners is skewing younger and younger, and they appear to be normalizing the use of children across its affiliates. For example, the terrorist group Boko Haram has used children against soft targets, civilians and marketplaces.

IS has gone from using children to inspire adults, to manipulating children and their parents to fight alongside adults, to targeting children instead of adults. They do not consider what they have done to be truly evil, although we know it to be.

Mia Bloom is a professor of communication at Georgia State University