The Assyrian Human Rights Network says 14 of those released were women. 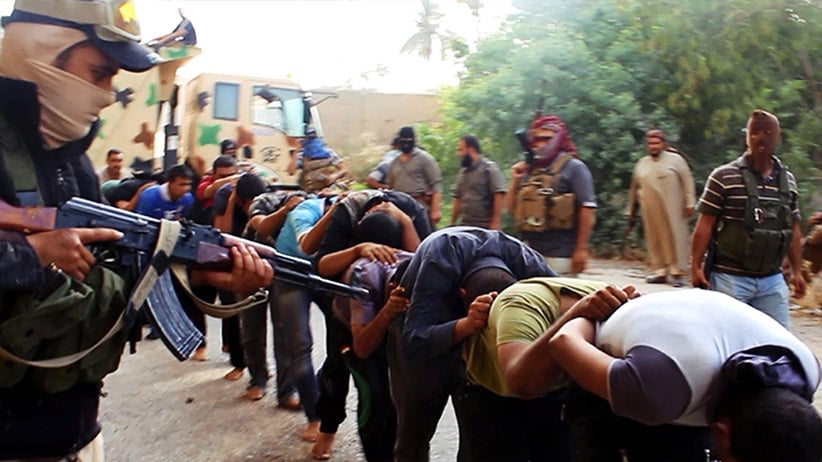 The 22 were part of more than 220 Assyrian Christians captured at the time by the IS group after it overran several farming communities on the southern bank of Khabur River in the northeastern province of Hassakeh.

Since then, only a few have been released.

The Britain-based Syrian Observatory for Human Rights said tribal leaders mediated the release of the 22, adding that money has been paid for the released group.

The Assyrian Human Rights Network said 14 of those released were women. The freed hostages were taken to the Virgin Mary Church in the city of Hassakeh, the network said. It also posted photos on its Facebook page, showing mostly elderly men and women, some in tears, being greeted by a priest.

The Assyrian Federation of Sweden, which has followed the case, said Tuesday’s release brings the total number of freed Assyrians to 45.

Last week, IS abducted about 60 Christians from the central town of Qaryatain, hours after it was captured by the group. Nearly half of them were later released but the fate of the rest remains unknown.

Christians make up about 10 per cent of Syria’s prewar population of 23 million people.

Meanwhile, a hard-line Islamic faction in Syria on Tuesday expressed support for a U.S.-Turkish plan to set up a safe zone free of the Islamic State group in northern Syria, along the border with Turkey.

The Aharar al-Sham statement made no mention of the United States and only spoke about Turkey’s desire to set up the IS-free zone. However, the statement suggested the ultraconservative group was looking to become a key player on the ground in the effort to carve out such an IS-free zone. It said such a zone would serve the interests of the Syrian people and be “vital” for the protection of civilians and return of refugees.

Al-Qaida’s affiliate in Syria, the Nusra Front, said Monday it is withdrawing from areas along the border with Turkey where it has been fighting IS militants. Turkey began carrying out airstrikes against IS targets in Syria two weeks ago.

The Obama administration has been struggling to find effective moderate partners to work with in Syria in the battle against the Islamic State. Late last month, the Nusra Front crushed the U.S.-backed faction known as Division 30 in northern Syria, and captured, killed or wounded many of its fighters.

Ahrar al-Sham has been fighting along with the Nusra Front and other factions against IS since early 2014. Together with the Nusra Front, it is part of the so-called Fatah Army that captured wide areas of the northwestern Idlib province since March.

Washington and Ankara are not likely to see Ahrar al-Sham as a potential partner, though the group has been trying to improve its image recently. Its foreign affairs director, Labib Al Nahhas, wrote columns in the Washington Post and Britain’s Telegraph recently to market the group as a main force fighting IS.

In other developments, a rebel committee calling itself the Syrian Committee to Exchange the Currency, said the opposition in northern Syria has decided to use the Turkish currency instead of the Syrian pound, the Observatory and activist Baraa al-Halabi said.

The committee claimed the move is designed to protect people’s savings because the Syrian pound has been falling as a result of the civil war, and put pressure on the government in Damascus.

Al-Halabi, who is based in the northern city of Aleppo, said some people were already getting their salaries in Turkish pounds there but did not explain where the funds were coming from.

Syrian economist Osama Kadi said such a move cannot work without the backing of Turkey’s central bank and a monthly influx from Ankara of about 250 million Turkish lira (about $90 million) into northern Syria.

“It is unrealistic and cannot be implemented,'” Kadi said.