Obama in Africa: 'It could have been so much more’

Critics wonder if the U.S. President has abandoned the continent

U.S. President Barack Obama made his first extended sub-Saharan African trip in style. His entourage included hundreds of Secret Service agents, cargo planes, 14 limousines, a Navy aircraft carrier—or amphibious ship, the details were not disclosed—and trucks carrying bulletproof glass, in order to protect the windows of the hotels where the President and his family stayed, according to advance reports. Estimated to cost more than $60 million, the trip to Senegal, South Africa and Tanzania may be the most expensive of the President’s tenure. It was designed to awaken interest in the continent—“I’m calling for America to step up our game when it comes to Africa,” said Obama—yet critics wonder if it’s too little, too late.

The last time Obama was in the region it was for less than 24 hours, giving a “yes we can”-style address to the Ghanaian parliament in July 2009. “The 21st century will be shaped by what happens not just in Rome or Moscow or Washington,” said Obama, “but by what happens in Accra, as well.” Four years later, however, Africa analysts say Obama failed to live up to his promise to give more attention to sub-Saharan African countries and has ceded economic control of the continent to China. “The U.S. has really been caught napping by China on the diplomatic and trade front,” says Daniel Silke, a political analyst based in Cape Town. “China has certainly gained a head start in their quest for resources.”

China-Africa trade in 2012 was $200 billion, up from $166 billion the previous year, according to Standard Bank Group Ltd., Africa’s biggest lender. “Africa is China’s fastest-growing export destination and trade partner,” wrote Jeremy Stevens, a Standard Bank economist. Meanwhile, Chinese exports to Africa were $84 billion, increasing by an average of $1 billion a month since 2008. Compare that with United States exports, at $22 billion. The furious growth has caught the attention of American politicians. “Six of the 10 or 12 fastest growing countries in the world are in Africa,” said Secretary of State John Kerry in April before the presidential trip was announced. “We all are concerned about our economic future,” he said during the testimony to Capitol Hill, “China is investing more in Africa than we are.”

Chinese influence in sub-Saharan Africa isn’t only about numbers, it is also thanks to high-profile trips made by President Xi Jinping, and his predecessor, Hu Jintao. Xi displayed his dedication to the continent by visiting three African countries in his first overseas tour after being appointed president. In March, Xi was in South Africa for the first BRICS (Brazil, Russia, India, China and South Africa) summit on the continent, where he committed to creating a development bank as an alternative to the International Monetary Fund and the World Bank, described as Western-dominated institutions. “The development of China-Africa ties can only be in present continuous tense, and never in present perfect tense,” Xi said at a meeting with African leaders, “We are ready to work with African countries to push our ties to a higher level.”

China believes African countries should have the final say on their own affairs, says Hussein Solomon, politics professor at the University of the Free State, in Bloemfontein, South Africa. “They engage unconditionally,” says Solomon, sometimes “allying themselves with authoritarian regimes.” This leads to some profitable but uncomfortable collaborations—at least in the eyes of the Americans. In his tour of Africa, for example, Xi visited the Republic of Congo, a no-go zone for the United States because the resource-rich country is controlled by a leader who took over in a 1997 coup and whose regime is plagued with corruption.

It doesn’t help Africa-U.S. relations that the White House is picky about what countries it associates with. In contrast with China, which has few qualms about who it does business with, America assigns a moral value to the countries it supports, rewarding democratic ones and shunning the rest. Obama didn’t visit Kenya, his father’s native country, because the newly elected president, Uhuru Kenyatta, is about to go on trial at the International Criminal Court on charges of crimes against humanity. He also opted against going to Nigeria, the country set to become Africa’s largest economy, where the government is fighting the Boko Haram, a militant Islamist group. “Talking about broken states and al-Qaeda and a burgeoning role by Africom [the United States Africa Command] and a growing counterterrorism engagement is not the story they want to tell,” says Stephen Morrison, senior vice-president at the Center for Strategic and International Studies, a public policy research organization.

Steve McDonald, the Africa program director at the Wilson Center, a non-profit research institution, says that by cherry-picking countries that exemplify good American values, Obama misses a chance to work and affect peaceful change in “dicey” countries like Kenya, places gifted with natural resources and huge economic potential. “The president’s choice of countries for his eight-day tour are “milquetoast,” says McDonald. “This trip could have been structured in a better way that shows a commitment to all of Africa.”

Obama’s trip also suffered from bad luck, as it was eclipsed by Nelson Mandela’s imminent death, says McDonald. “Mandela puts everybody else in his shade,” he says. “There is no comparison.” The health of the 94-year-old national hero, who is in critical condition in hospital, dominated headlines. Instead of focusing on his policies and initiatives, Obama ceded the spotlight to Mandela, paying tribute to the global rights hero almost every day of his trip. “Nelson Mandela showed us that one man’s courage can move the world,” he said in his keynote speech of the trip in Cape Town. The two were supposed to meet, what would have been an historic moment between the first black presidents of South Africa and the United States, but Mandela’s poor health denied Obama the opportunity. “I think in the planning stage he, Michelle, and the girls were hopeful that this trip was going to be a lot of fun,” says McDonald, “whereas it had to be dealt with great sensitivity.”

Still, Obama’s stature means he can still curry favour, says Joshua Eisenman, a senior fellow at the American Foreign Policy Council. There is anti-Chinese sentiment growing at the grassroots level in many sub-Saharan African countries. (Last month Ghana detained 169 illegal Chinese gold miners in a violent raid motivated by anti-Chinese feelings, according to the New York Times). To maintain its public image, “China relies solely on Xinhua—China’s state news organization—understaffed embassies and Chinese communities,” says Eisenman. When it comes to competing against Obama’s star power, he says, “they are at a disadvantage.”

McDonald agrees. “Obama is magic and when he and Michelle are on the ground, when they are dancing and smiling, they are going to sway a lot of public opinion in a favourable direction,” he says. “As a publicity exercise it’s tremendous,” says McDonald—adding one caveat. “But,” he says, “the visit could have been so much more.” 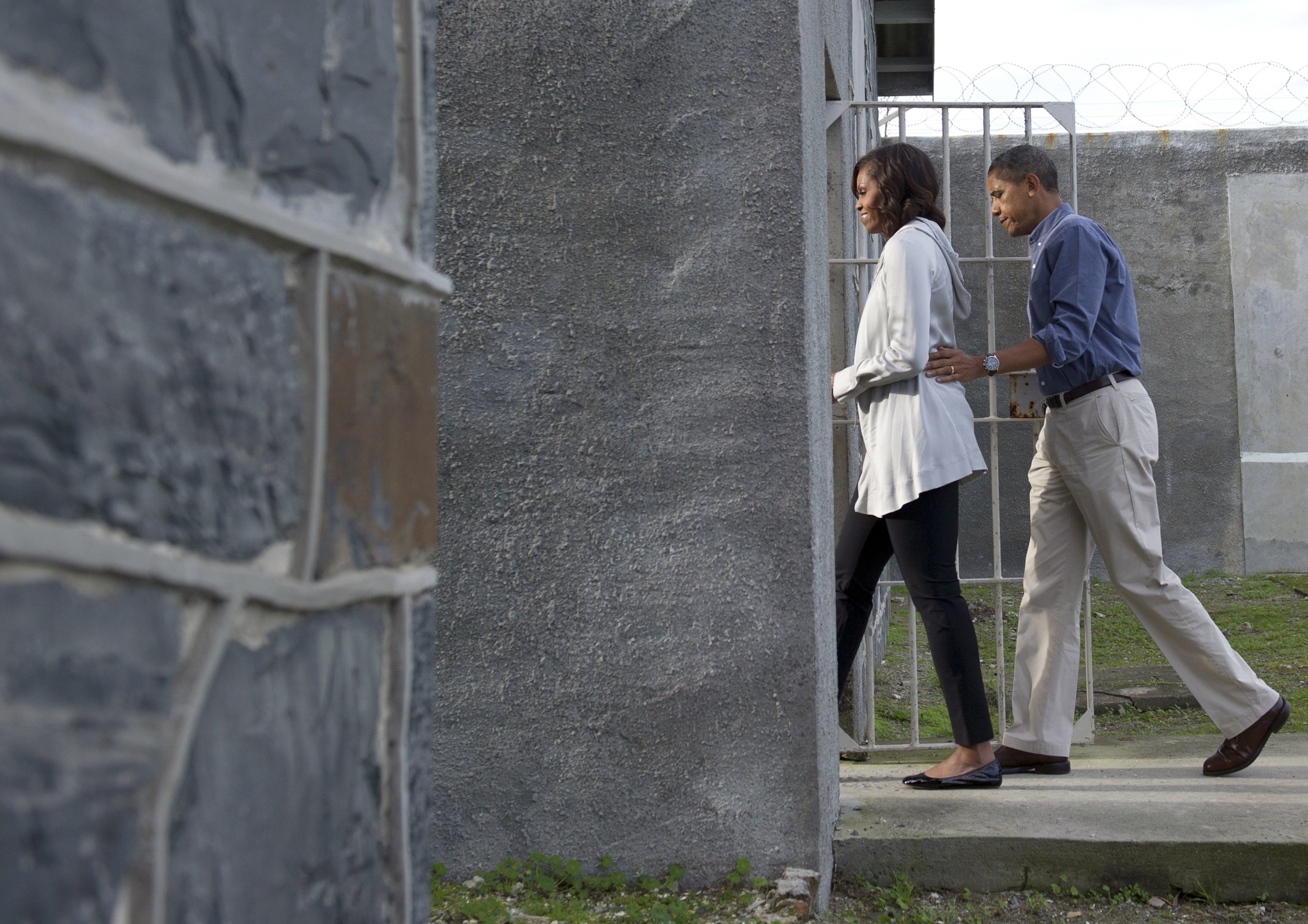