It's official: Hillary Clinton will run for president 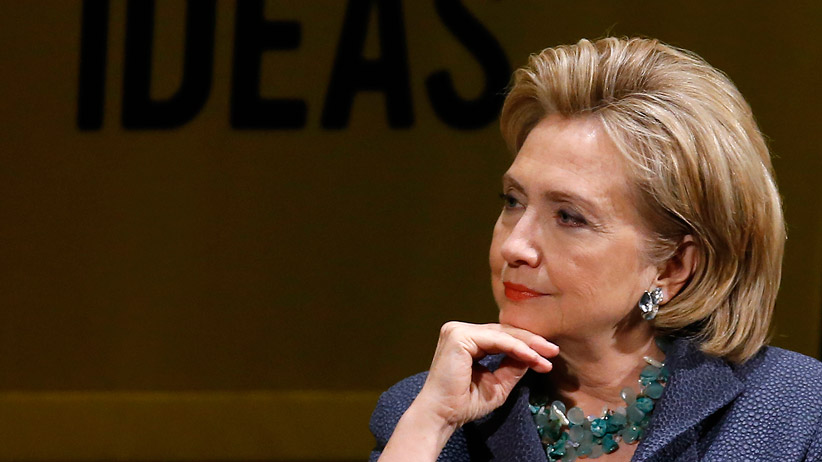 WASHINGTON – The worst-kept secret in the recent history of American politics is now officially out: Hillary Rodham Clinton has announced that she will be taking yet another run at the presidency, officially launching her 2016 campaign Sunday.

The former secretary of state, senator and first lady begins her second presidential race the way she began the first one — in the pole position as the presumed frontrunner.

But this time she’ll be running against history, in a country where the same political party rarely wins three straight terms and it’s only happened once since the 1940s.

Another historical dimension to her candidacy will get discussed more often than it did the last time, supporters say. In 2008, she marketed herself as a battle-hardened Washington veteran and barely alluded to the fact that she could become the first woman to win the White House.

Related: Five things you may not know about Hillary Clinton

Clinton announced her long-anticipated second attempt in a video that outlined some of her expected campaign themes.

She didn’t appear in it until the very end, after it had already shown a succession of working-class Americans expressing their hopes for the coming year — including renovating a house, moving to a neighbourhood with better schools, or returning to the workforce after maternal leave.

Clinton eventually appeared and declared: “I’m getting ready to do something too — I’m running for president.”

She said the country has already fought back from difficult economic times, but the deck remains stacked in favour of those at the top. She said working-class Americans need a champion, said she wants to be that champion, and said she’ll be hitting the road to earn votes.

The video addressed themes that aides have said will be a focus of her campaign:

—Winning back middle-class voters. Democrats were pummelled in the latest midterm elections, with the working class abandoning the party.

—Avoiding the feel of arrogance. Clinton holds a massive lead in fundraising and name-recognition over any other potential Democratic rival, but she also held a lead in 2008 until upstart candidate Barack Obama zoomed past her.

—Keeping progressive Democrats onside, and energized for the general election. Beyond its middle-class message, the video included snippets aimed at different parts of the Obama coalition.

It included a bit of Spanish. It also featured two same-sex couples. One scene showed a man saying, “I’m getting married this summer, to someone I really care about,” and in the next shot he was holding hands with his future husband.

That scene illustrated a dramatic shift from a decade ago — when Clinton opposed same-sex marriage, as did most of the country back then, and the issue was used in Republican attacks, not in Democratic promotional videos.

Clinton, 67, begins the race as the odds-on favourite not only to win the Democratic nomination but also the presidency, according to current polls and online oddsmakers.

But her numbers have dipped lately. And there were signs of her vulnerability on Day 1.

The progressive mayor of New York City said he wasn’t yet ready to endorse her. Bill De Blasio once ran her Senate campaign — yet when asked on “Meet the Press,” he said he wanted to hear what she stands for before making an endorsement.

She got a taste of attacks to come.

In reference to the scandal involving her bypassing the State Department’s email system and setting up her own server at home, the campaign website of Republican Sen. Rand Paul began raising money by mocking her.

The Republican’s site offered — for $99.95 — a computer hard drive with her face on it and the sales slogan: “Hillary’s Hard Drive. 100% genuine erased clean email server.”

Paul offered a more serious criticism in an interview.

He questioned her family’s financial ties, with its charitable foundation that raised money from individuals and foreign entities that had business before the U.S. government.

The benefactors included Saudi royalty. Paul called it hypocritical for her to talk about women’s rights, while taking money from a country renowned for human-rights abuses against women.

“I would expect Hillary Clinton if she believes in women’s rights, she should be calling for a boycott of Saudi Arabia,” Paul said on NBC’s “Meet the Press.”

”Instead, she’s accepting tens of millions of dollars. And I think it looks unseemly. There’s going to have to be some explaining.”

Republicans have 19 months to make those attacks stick.