It's time for Canada to stand up to China's censorship crackdown

China just strengthened its Great Propaganda Firewall to limit what its citizens can see and read about the outside world. The Liberals should be outraged. 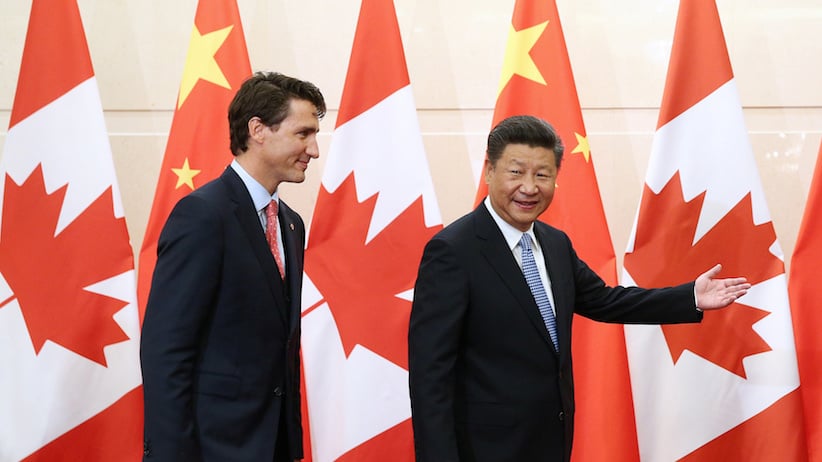 You won’t hear any loud alarms being rung about this from either the starry-eyed or the sinister China trade enthusiasts in Justin Trudeau’s cabinet, or Global Affairs Canada, the Canada China Business Council or the Asia Pacific Foundation, but the Ministry of Industry and Information Technology in Beijing has made it official.

The Communist Party of China has ordered a shutdown of all unauthorized and unmonitored communication between China’s 1.3 billion people and the outside world. In its formal statements, the Ministry announced that it is closing the last digital breaches in the Great Firewall of China—the outer ring of the regime’s vast snooping, censorship and website-blocking superstructure.

Chinese citizens require independent VPNs to access Google, Facebook, Twitter, Instagram, Snapchat, Dropbox, Youtube, Tumblr and all the other web applications that allow one-on-one and group discussions with the outside world that the regime has blocked. The technology research firm GlobalWebIndex reckons that one in three Chinese citizens has used VPNs, which redirect Chinese web traffic through offshore servers, allowing users to access outside-world websites undetected.

The corporate sector needs VPNs too, which is why Beijing has been biding its time. International companies with operations in China will be able to hold onto some perks, at least on paper. Foreign firms will still be permitted to use VPN services—but only to communicate with head office. The VPN must be a Chinese corporation. Sensitive company data must now be stored in China. The identities of every employee using a VPN workaround must be given to the ministry.

Without VPNs to traverse the catacombs under the Firewall or to scale circumvention “ladders” to get over it, Chinese citizens cannot access the regime-banned New York Times, the Wall Street Journal, Le Monde, the Economist, the Financial Times, or Reuters news services—for starters. The CBC has been blocked in China since 2014. According to the results of a URL test attempted Sunday on the freedom-of-information site ‪Greatfire.org, “100 per cent” of CBC’s online presence is off-limits inside China.

The ministry has set a deadline of March 31, 2018 to fully secure the regime’s propaganda wall around China by “urgent regulation and governance” of China’s internet systems, in order to correct what it called the industry’s “disordered development.” To that end, internal censorship has gone into overdrive in recent weeks, most noticeably to cover up the scandal surrounding the torment and July 13 death of the imprisoned Nobel laureate and democracy activist Liu Xiaobo.

A further tightening of the regime’s paranoid censorship of public discussion was already in the works, besides, owing to the upcoming national congress of the Chinese Communist Party, at which President Xi Jinping is expected to further consolidate his stranglehold on the Chinese state. Unless he rewrites the rules, Xi and Premier Li Keqiang are expected to be the only members of the seven-member Politburo Standing Committee who won’t be shuffled out.

The one glimmer of hope is that Beijing’s efforts at an across-the-board VPN clampdown may not even be possible. Fast-moving offshore operators usually pick up a lot of the slack when Chinese VPNs get shut down. Within three years of the regime’s banning of the online edition of the New York Times in 2012, the newspaper had regained its pre-censorship readership through VPNs.

Now, however, it’s not clear how Chinese citizens will find out how to access offshore VPNs, or whether they will risk attempts to go over or under the Firewall. On WeChat and Weibo, two of China’s most widely used (though intermittently non-functioning) discussion platforms, Beijing’s censors have now added “VPN” to the list of keywords that trigger eavesdropping, blacklisting and blackouts.

Last month, the Ministry of Public Security’s Network Security Squad was already issuing orders to internet service providers, warning them to expunge all software that circumvent the Firewall. China’s state-owned telecommunications giants, among them China Telecom, China Unicom and China Mobile, were instructed to bring themselves in line with President Xi’s draconian “internet sovereignty” push. The popular Hong Kong Chinese proxy-service provider GreenVPN told its customers it was being shut down by the authorities in Beijing. Last week, Guangzhou Huoyun Information Technology Ltd. told Reuters that the company had received a directive to begin blocking VPN services. Similarly leaked and off-the-record accounts have been coming fast and thick in recent weeks.

The Ministry of Industry and Information Technology communiques don’t just make it official that a digital Iron Curtain is shutting China off from the rest of the world. The ministry is putting the lie to any further claims by Canada’s China trade lobby and its many friends in the Liberal government that “free trade” talks are about bringing Canadians and Chinese people closer together. That is not what is happening here. We are being driven further apart.

Article 19 of the Universal Declaration of Human Rights, proclaimed by the U.N. General Assembly on December 10, 1948, could not be more plain in this matter: “Everyone has the right to freedom of opinion and expression; this right includes freedom to hold opinions without interference and to seek, receive and impart information and ideas through any media and regardless of frontiers.”

This is not just about the rights of Chinese citizens, to speak freely with one another, without fear, through any media, across frontiers. It is about the rights of Canadians to do the same. It is an inalienable human right that is being trampled upon here, openly and brazenly, and the Liberal government has only one choice in this: to carry on in its disgrace, serving the Chinese slave state as a collaborator and an accomplice, or to stand up for once and fight.