Jeremy Corbyn's best hope might be a glorious defeat 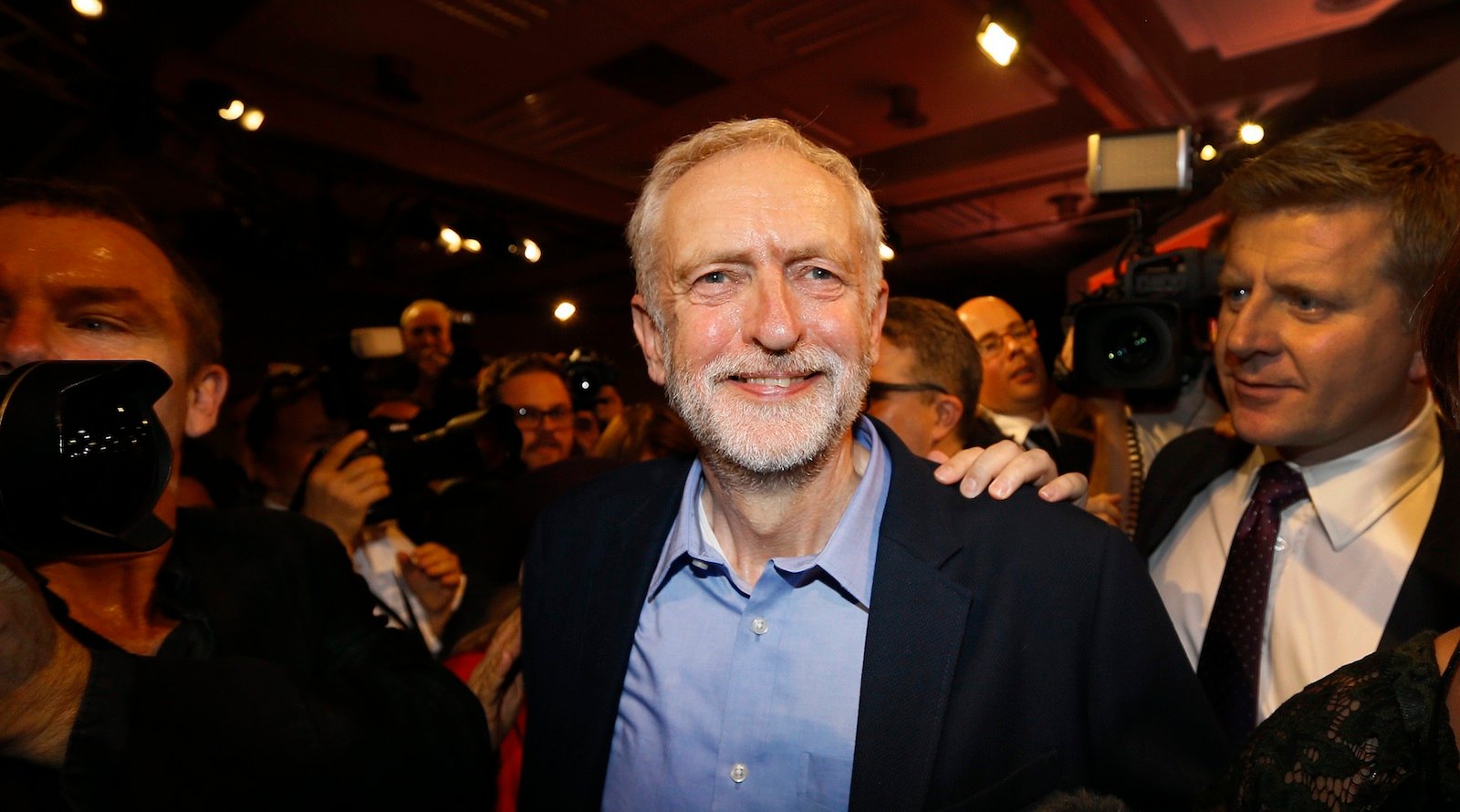 Jeremy Corbyn smiles as he leaves the stage after he is announced as the new leader of The Labour Party during the Labour Party Leadership Conference in London, Saturday, Sept. 12, 2015. Corbyn will now lead Britain’s main opposition party. (AP Photo/Kirsty Wigglesworth)

British Prime Minister David Cameron must be kicking himself. Whatever politicians say when they announce they will be stepping down or won’t be running again, it’s usually because they fear losing. And when Cameron said during the election campaign this spring that he would not try for a third term, there was every likelihood that, by doing so, he would be avoiding a potentially bruising matchup against a formidable Labour opponent. Surely, it was not reasonable to hope that Labour would pick an unelectable leader to succeed the eminently unelectable Ed Miliband.

And so it was last weekend, when Jeremy Corbyn, a far-left candidate who received the requisite 35 nominations from MPs as a sort of charitable gesture to diversify the race, swept to victory, thanks to tens of thousands of votes from Labour members and supporters, and very little support from elected MPs.

Corbyn excites the sort of Labour supporter who has never forgiven Tony Blair for winning three consecutive majorities by modernizing the party—those who miss the heady ideological clashes of the 1980s, even if they’re far too young to remember them.

Corbyn admired the late Venezuelan president Hugo Chávez, describing his governance of illiberal autocracy as “social justice.” He serves as national chair of the “Stop the War” coalition, whose vice-chair was a founding member of the “Stalin Society,” and whose ranks include apologists for Syrian dictator Bashar al-Assad.

He wants to nationalize rail and energy companies, abolish student tuition fees and get rid of Britain’s submarine-based nuclear weapons. He says he would pull Britain out of NATO. He wants to do a bunch of other things, too—but none of them really matters, because he has no chance of becoming prime minister.

It’s not even clear how much of a Labour party he’ll, in fact, lead. At least eight Labour MPs have either quit their shadow minister positions or said they would not serve in Corbyn’s cabinet. After waiting a year or two to acknowledge Corbyn’s resounding win and legitimate mandate, the party may face an internal coup.

This doesn’t seem to faze Corbyn’s most ardent supporters. His job isn’t to win, one said, but to bring Marxist criticism to Britain’s official opposition.

This perspective isn’t that different than how some Brazilian soccer partisans consider their team’s 1982 World Cup squad, which got knocked out of the tournament by Italy. Brazil could have advanced with a draw in that game. With a tie in its grasp, it continued to attack with drive and flare. As a result, it lost the game and went home. But, so the mythology goes, Brazil kept its dignity intact. A glorious defeat.

If I were a British Tory, I’d be pushing that storyline as hard as I could—maybe start calling Corbyn “Sócrates,” after the Brazilian soccer captain from that era.

Maybe Corbyn will shift the public discourse and introduce unfamiliar ideas into British politics. It happens. Here in Canada, Green Party Leader Elizabeth May will never run the country. But has her focus on the environment forced other parties to pay the issue more attention than they might otherwise have done? Probably.

But there aren’t a whole lot of glorious defeats in politics. At its root, politics is very close to a zero-sum game. If the other guy wins, you lose. And what you can do to shape your country in opposition is far less than what’s possible in office.

Tony Blair understood this. He made compromises many Labourites resented. They may resent being out of office for another decade even more.