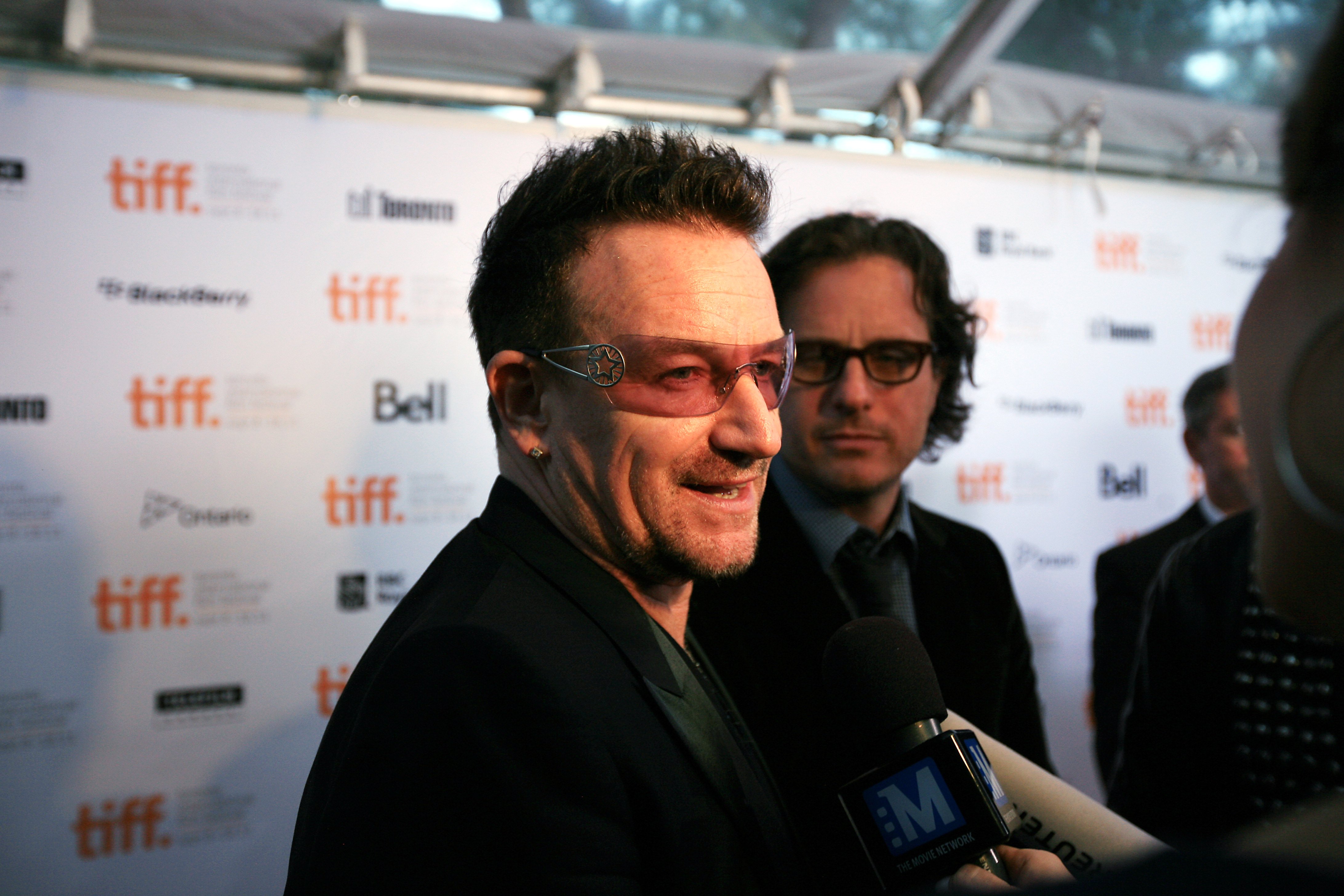 NEW YORK — Would you like to spend quality time with George Clooney as he showers you with compliments?

How about walk a red carpet with Meryl Streep or visit the set of “Game of Thrones”?

They are all possible: Bono is a launching an all-star campaign featuring “once-in-a-lifetime experiences” that can be won after donating at least $10 to his organization (RED), which raises funds to fight AIDS. The campaign kicks off Tuesday to coincide with World AIDS Day, which is Dec. 1.

And Bono isn’t just the face for the movement: The U2 frontman will go on a bike ride with one donor — a year after he was seriously injured in a bike accident in New York’s Central Park that forced him into surgery.

“I’m not sure that was as funny to my band as it was to me,” Bono said in an interview with The Associated Press. “But I think we’re going to have fun and yeah, we’ll go visit the scene of the crime.”

Jimmy Kimmel is dedicating his Tuesday late-night show to the campaign. He and Olivia Wilde will host (SHOPATHON), a tongue-in-check play off of home shopping, and the special episode will feature celebrity guests like Tom Brady, who is offering one donor a chance to learn how to pass a football, and Shaquille O’Neal, who will take a photo with a winner for his or her 2016 holiday card.

And Kimmel is offering himself up, too: He is willing to give someone’s kid “the talk.”

“There’s no age limit — if you have a 45-year-old kid, I’ll explain it to him, too, as long as the parents are OK with it. I’m happy to do the job,” said Kimmel, who appears in a promo video for the campaign with Scarlett Johansson and Barry Manilow.

Other “experiences” that can be earned after donating on Omaze.com/RED include a contour makeover with Kim Kardashian; a portrait painting by James Franco; or attending a University of Texas at Austin football game with alum Matthew McConaughey. Entries close on January 21, 2016.

“Even though red is the colour of emergency, there’s a sort of optimism about the whole campaign and a kind of defiant humour. We have always had that, but the (SHOPATHON) will really take it to another new level,” Bono said.

The Bill and Melinda Gates Foundation will match every dollar raised up to $20 million. R&B singer The Weeknd is offering fans a chance to hang backstage at a concert; there is a one-day “wellness break” with Snoop Dogg in Colorado; and Ryan Seacrest will let someone announce the No. 1 song on his radio show.

“When you see how much work Bono does personally to fight AIDS, it’s almost embarrassing, it’s the least we can do or anyone can do to help,” Kimmel said.

“Also, it’s Christmas season, you have to figure out what to buy. It’s almost like my Oprah’s favourite things list,” he added.

Bono won’t appear on the special episode of “Jimmy Kimmel Live!,” which airs on ABC and tapes in Hollywood. Instead, he will be in New York celebrating the 10-year anniversary of (RED) at Carnegie Hall with Vice-President Joe Biden, the Edge, Stephen Colbert, Miley Cyrus, Trevor Noah and others.