Gov. Andrew Cuomo said the Dec. 20 daylight shootings 'an attack on all of us' 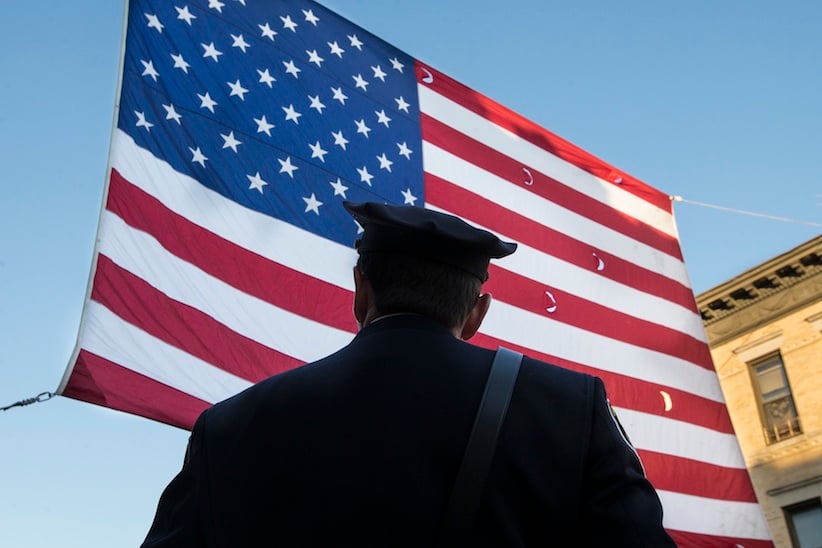 NEW YORK — Vice-President Joe Biden told thousands of people gathered Saturday for the funeral of a New York police officer killed along with his partner in an ambush shooting that their deaths “touched the soul of an entire nation.”

Biden addressed hundreds of police officers, family and friends of Officer Rafael Ramos inside the Christ Tabernacle Church in the borough of Queens and thousands more outside who came from across the U.S.

Officers watching the funeral service on giant screens joined those inside in applauding when Biden called the New York Police Department the finest in the world.

“When an assassin’s bullet targeted two officers, it targeted this city and it touched the soul of an entire nation,” the vice-president said.

Gov. Andrew Cuomo said the Dec. 20 daylight shootings of the officers as they sat in their cruiser on a Brooklyn street was “an attack on all of us.”

The attack shook the city and put a halt to large-scale local protests criticizing police over a series of high-profile deaths of unarmed black men.

Funeral plans for Ramos’ partner, Officer Wenjian Liu, have yet to be announced.

When the Ramos family arrived, the eldest son — wearing his father’s New York Police Department jacket — was hugged by a police officer.

Ramos was described Friday during an eight-hour wake as a selfless, caring and compassionate man.

“What happened to my father was a tragedy,” Ramos’ son, Justin, said in a tearful eulogy viewed by hundreds of officers in the street who watched on giant television screens outside the crowded church. “But his death will not be in vain.”

Ramos, a 40-year-old married father of two, was studying to become a pastor and kept Bible study books in his locker, his commanding officer said.

After the death of the officers on a street in Brooklyn’s Bedford-Stuyvesant section, the gunman, Ismaaiyl Brinsley killed himself. Police said he was troubled and had shot and wounded an ex-girlfriend in Baltimore earlier that day.

In online posts shortly before the attack, Brinsley referenced the killings of two unarmed black men — Michael Brown in Ferguson, Missouri, and Eric Garner in the New York borough of Staten Island — by white police officers.

Police union officials have said New York Mayor Bill de Blasio contributed to a climate of mistrust toward police amid protests over the deaths of Brown and Garner. At a hospital after the shooting, the police union’s president, Patrick Lynch, and others turned their backs on the mayor in a sign of disrespect. Lynch blamed the mayor then for the officers’ deaths and said he had blood on his hands.

Weeks before the shooting, Lynch suggested that officers sign a petition requesting that the mayor not attend their funerals were they to die in the line of duty.

Cardinal Timothy Dolan and others have since tried to temper the rhetoric.

De Blasio has stood firmly by the police since the shooting, calling on the demonstrators to temporarily halt their protests and praising officers after the police department announced the arrest of a seventh person since the shooting for making threats against police.

There was no noticeable reaction from police outside the church when de Blasio arrived Saturday about a half hour before services.

A block from the church, though, retired NYPD Officer John Mangan held a sign that read: “God Bless the NYPD. Dump de Blasio.”

“If the mayor really wanted to do the right thing, he would have gotten into an NYPD car and rode around Bed Stuy and see the difficult jobs these cops do every day,” Mangan said, referring to a neighbourhood in Brooklyn. “The bottom line is there should be more signs out here in support of these cops.”

Ramos and Liu were the first officers to die in the line of duty in New York since 2011.

They have both been posthumously promoted to first-grade detective, police said.