Bond, a leading figure from the civil rights movement who served as chairman of the NAACP, remembered as a hero 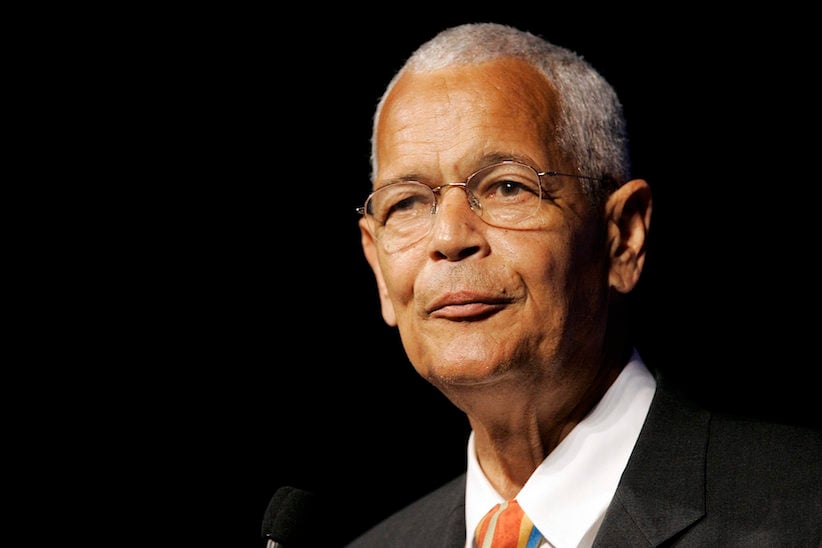 ATLANTA — Julian Bond, a leading figure from the 1960s civil rights movement who served as chairman of the National Association for the Advancement of Colored People after a long career in politics, died Saturday, according to the Southern Poverty Law Center. He was 75.

Bond died in Fort Walton Beach, Florida, after a brief illness, the centre said in a statement released Sunday.

Horace Julian Bond was born Jan. 14, 1940, in Nashville, Tennessee, and grew to be a major force in the campaign for racial equality. Often seen at the forefront of protests against segregation, Bond later pursued a lengthy career in politics and academia but never ceded his position as a civil rights icon.

“Justice and equality was the mission that spanned his life,” Obama said. “Julian Bond helped change this country for the better. And what better way to be remembered than that.”

Bond burst into the national consciousness after helping to start the Student Non-violent Coordinating Committee — where he rubbed shoulders with the likes of Stokely Carmichael and future Georgia congressman John Lewis. As the group grew into an important force that advocated for social change, the young Bond dropped out of Morehouse College in Atlanta to serve as the committee’s communications director. He later returned and got his degree from Morehouse in 1971.

Bond was elected to the Georgia House of Representatives in 1965 and stepped into the national spotlight after being refused his seat because of his anti-Vietnam War stance. The case went all the way up to the U.S. Supreme Court, which ruled in his favour. Bond took his seat in 1967.

In 1968, he led a delegation to the Democratic National Convention, where his name was placed in nomination for the vice presidency but he declined because he was too young.

He served in the Georgia House until 1975 and then served six terms in the Georgia Senate from 1975 to 1986. He also served as president of the Southern Poverty Law Center from its founding in 1971 to 1979 and was later on its board of directors.

In 1998, Bond was elected as board chairman of the NAACP, serving for 10 years as the head of the leading civil rights organization.

Former Ambassador Andrew Young said Bond’s legacy would be as a “lifetime struggler.”

“He started when he was about 17 and he went to 75 and I don’t know a single time when he was not involved in some phase of the civil rights movement.”

Intellectual and telegenic, Bond was known for his even emotional keel, and could be depended upon not to lose his cool even in the most emotional situations, Young said.

“I could usually find when everybody else was getting worked up, I could find in Julian a cool serious analysis of what was going on,” Young said.

Bond was a “visionary” and “tireless champion” for civil and human rights, the SPLC said.

“With Julian’s passing, the country has lost one of its most passionate and eloquent voices for the cause of justice,” SPLC co-founder Morris Dees said in a statement. “He advocated not just for African Americans, but for every group, indeed every person subject to oppression and discrimination, because he recognized the common humanity in us all.”