Palace also says duchess, who has been sidelined by severe morning sickness, continues to improve. 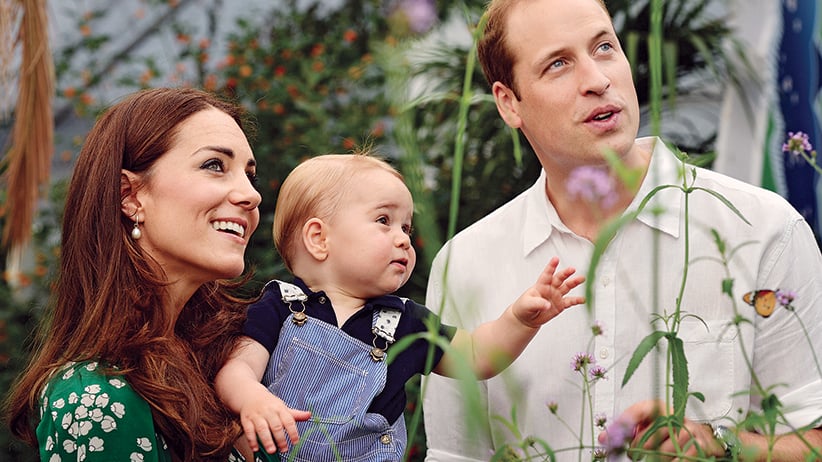 Catherine, Duchess of Cambridge holds Prince George as he and Prince William, Duke of Cambridge’s look on while visiting the Sensational Butterflies exhibition at the Natural History Museum on July 2, 2014 in London, England. The family released the photo ahead of the first birthday of Prince George on July 22. (Photo by John Stillwell – WPA Pool/Getty Images)

LONDON — The Duke and Duchess of Cambridge have confirmed that their second baby is due in April — the first time they’ve offered a month for the royal birth.

Kensington Palace also said in a statement Monday that the duchess, who has been sidelined by a prolonged bout of severe morning sickness, continues to improve.

The former Kate Middleton and Prince William are scheduled to welcome Singapore President Tony Tan when he arrives on a four-day state visit this week.

She is also expected to attend the Wildlife Photographer of the Year 2014 award ceremony.

The duchess cancelled several engagements after her second pregnancy was announced in early September. She had acute morning sickness during the first trimester of her pregnancy with Prince George.