The U.S. Secretary of State met with top officials with the EU and the United Kingdom in the wake of the Brexit vote 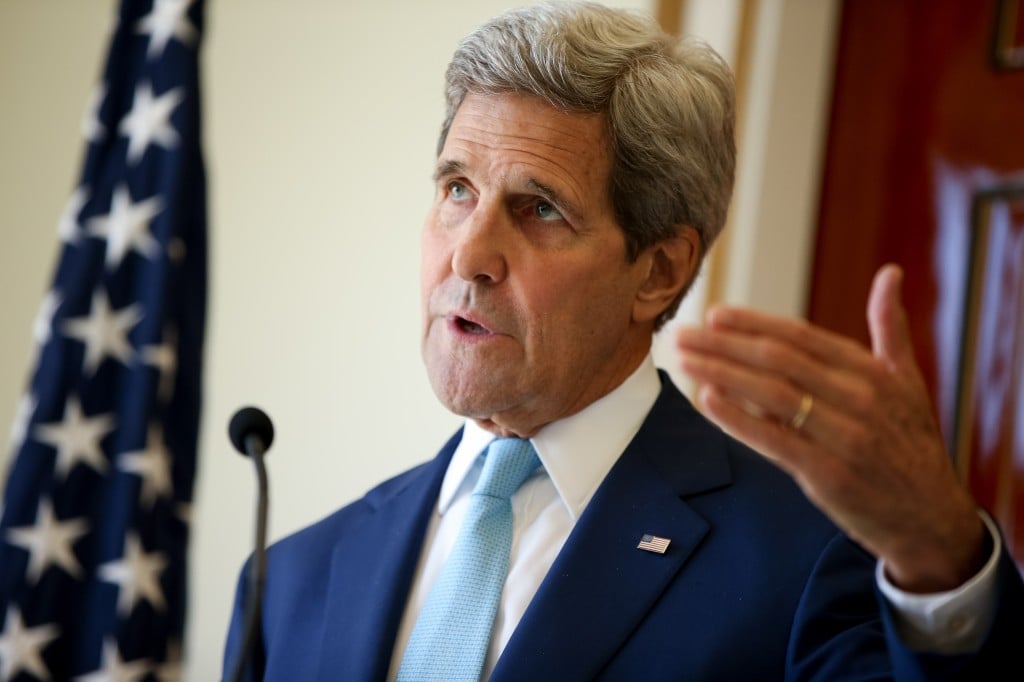 LONDON — U.S. Secretary of State John Kerry met top officials from the European Union and Britain on Monday, telling both sides to act responsibly as they start figuring out how to make good on last week’s historic decision by British voters to leave the EU. He also travelled to NATO, saying it would soon have to play a bigger role promoting trans-Atlantic unity.

In Brussels and London in a span of just hours, Kerry made his pitch for calm in the context of rattled global markets and fears that citizens and nations across the European continent could fall sway to a wave of populist sentiment and follow Britain’s lead. But the top American diplomat didn’t present any concrete proposals or even express his preference for a timeline to achieve these goals, underscoring the difficulty the challenge ahead.

Kerry’s primary goal was reassurance. He called the EU an essential partner of the United States in providing security and stability around the world. And he hailed America’s “special relationship” with the U.K., which he said would remain as strong as ever.

“It is absolutely essential that we stay focused on how, in this transitional period, nobody loses their head, nobody goes off half-cocked, people don’t start ginning up scatterbrained or revengeful premises,” Kerry said after meeting European Commission President Jean-Claude Juncker and the bloc’s foreign policy chief, Federica Mogherini.

Instead, he said everyone needs to “look for ways to maintain the strength that will serve the interests and the values that brought us together in the first place.”

MORE: Is Brexit the first sign of a war on globalism?

In the British capital, Kerry was blunt about the U.S. hope that Britain would have voted to remain in the 28-nation bloc. But he emphasized that the U.S. and Britain — as nations that fought side-by-side to defeat fascism in World War II 75 years ago, defended Europe over almost a half-century of the Cold War and battled ethnic cleansing in the Balkans a generation ago — would remain ironclad allies.

In the city which he visited first as secretary of state, Kerry said leaders could restore certainty to markets by making “wise choices” in the days ahead. He didn’t spell out what those were, but said they should be “not aimed at retribution, not aimed in anger, but bring people together.”

“We are currently evaluating the impact of this decision,” Kerry said at a news conference alongside U.K. Foreign Secretary Philip Hammond, when asked about President Barack Obama’s declaration in April that the British would be relegated to the “back of the queue” in trade negotiations, if it left the EU. He said Britain’s position in the world has “changed,” and the U.S. would miss its leadership role in the European Union.

Kerry then darted off to meet Prime Minister David Cameron.

Hammond, speaking just five days after the referendum, also seemed to be still making sense of the result. He said the vote left Britain “undiminished” as a global force. But he said staying in the EU would have “enhanced” Britain, a position seemingly at odds.