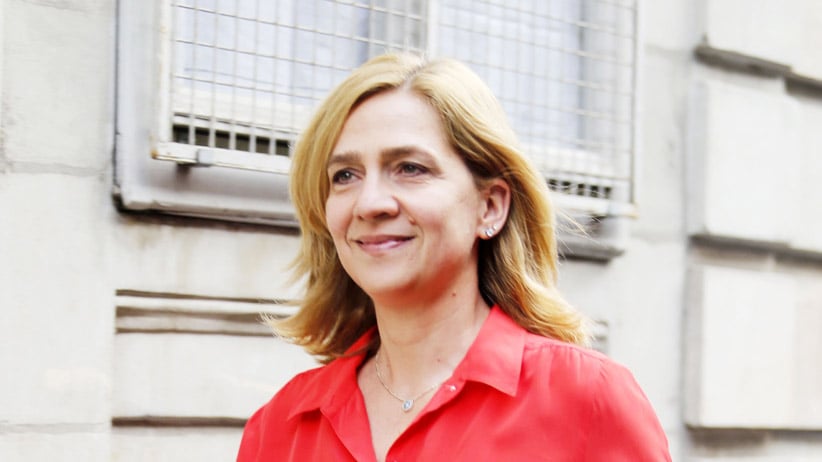 Cristina and her husband, Inaki Urdangarin, said nothing to dozens of reporters as they entered a makeshift courthouse amid tight police security aimed at keeping anti-monarchy protesters away from the scene.

The two then sat silently among a group of 16 other defendants as a judge read out the charges for the historic trial, which marks the first time that a member of Spain’s royal family has faced criminal charges since the monarchy was restored in 1975.

He faces more serious charges of using his former Duke of Palma title to embezzle about 6 million euros ($6.5 million) in public contracts through the non-profit Noos Institute he ran with an associate.

Security was tight around the building after thousands of anti-monarchy protesters in 2014 staged noisy demonstrations while Cristina answered questions about the case posed by an investigative judge.

Authorities Monday morning detained one protester with an anti-monarchy flag a short time before Cristina showed up at the court inside a sedan with dark tinted windows.

Cristina has a chance of avoiding the trial if the judges agree with arguments her lawyers made in court Monday that a Spanish legal precedent should be applied to her case that allows tax fraud cases to be dropped when they are not initiated by prosecutors.

But the same tactic can’t be used by her husband, meaning it’s all but inevitable that details come out during the proceedings about the couple’s everyday life behind the high walls of the mansion they were forced to sell during the investigation.

There are so many defendants and lawyers plus reporters covering the case that judicial officials were forced to move the trial from a courthouse to a sprawling building complex on the outskirts of Palma de Mallorca normally used to hold mass training courses for public servants.

The case is being heard in the regional capital of Spain’s Balearic Islands because many of Urdangarin’s business deals under investigation were for the islands.

The princess and her husband are not expected to utter a word during the first few days of the trial.

Cristina denied knowledge of her husband’s activities during the 2014 closed door court appearance and a prosecutor recommended she should be fined. But a judge decided Cristina could be charged with tax fraud in 2007 and 2008 because Spanish law allows groups to file charges when state prosecutors don’t.

Her case was driven forward by the anti-corruption group Manos Limpias (Clean Hands).

Details about the couple’s lavish lifestyle emerged from the pre-trial investigation, outraging Spaniards as the country teetered on the edge of an economic crisis. The case added to the stream of bad headlines for Cristina’s father, former King Juan Carlos _ already smarting from a backlash after he broke his hip during a 2012 elephant hunting trip seen as an example of royal excess.

Juan Carlos abdicated in 2014, not mentioning the scandals affecting his reign but saying Spain needed fresh royal blood. On taking the throne, King Felipe VI – Cristina’s brother _ pledged to restore public trust in Spain’s monarchy. He later stripped Cristina and her older sister Princess Elena of their roles as official members of the royal family though they have not given up their slots of succession in line for the throne.

The trial is expected to last six months.