Lauren Marbe: This blond joke is on the British 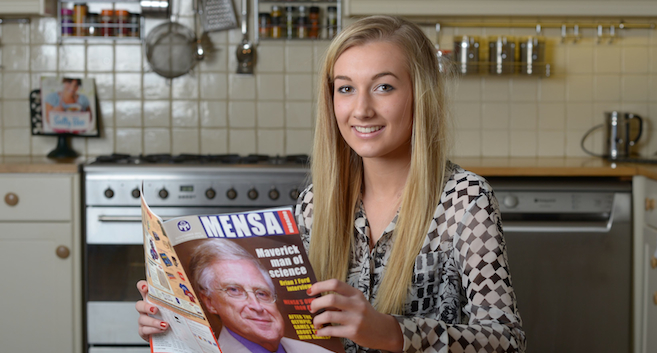 Britain is talking about a girl. She is 16-year-old Lauren Marbe, who scored 161 on a school IQ test—one point higher than Stephen Hawking, Bill Gates and even Albert Einstein and enough to qualify her (by a very safe margin) for membership in Mensa: the global “high IQ society” whose members have an IQ score in the top two per cent.

British media outlets, however, have reported the story with something less than editorial grace—the Daily Mail declared she’s both “ditzy” and “officially smarter than Einstein!” and most of the headlines drew attention to the fact that Marbe is an “Essex girl.” Essex is the southeast British region from whence Marbe hails. It is also something of a pejorative: a stereotype used to describe British women who are vulgar, promiscuous and somewhat dim-witted.

Even Marbe embraces the traits commonly associated with the Essex region: “I am blond, I do wear makeup and I do go out. I love my fake tan and fake nails as well so I guess I am a bit of an Essex girl,” she told British reporters. “[My teachers] had always thought I was blond and a bit ditzy.”

Marbe—who aspires to study architecture at Cambridge University, or perhaps become a West End stage actress—hopes her Mensa membership will persuade critics that great minds can reside in the blondest of heads. One imagines a boy with comparable mental agility would not be asked to account for the colour of his locks.