Life edging back to normal in Nepal's quake hit capital

Although poorer sections of the city remained strewn with collapsed buildings, there were visibly fewer tents, and signs of fresh vegetable and bread 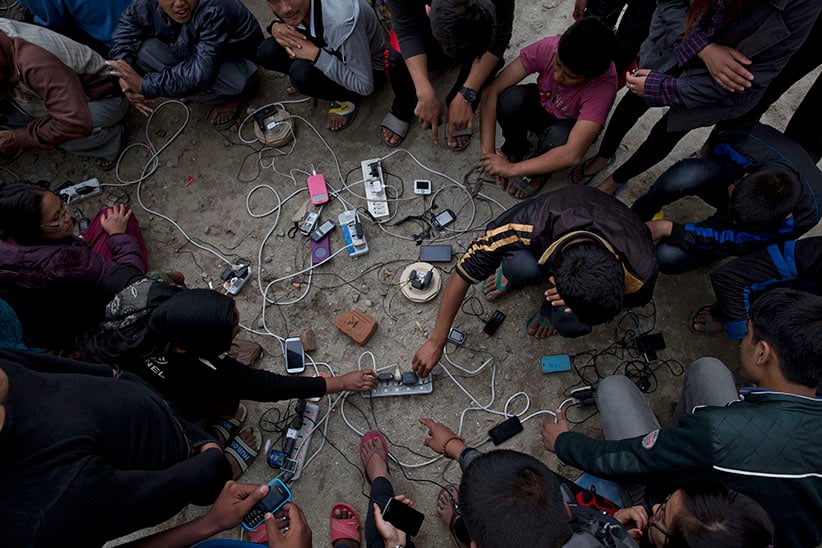 KATHMANDU, Nepal – Life was slowly edging back toward normal in Nepal’s quake-hit capital Friday as residents packed up tents and moved indoors, farmers delivered fresh produce and lines disappeared at gasoline stations. Fresh croissants even emerged from a popular bakery and were quickly snapped up.

As rescue workers continued to comb the rubble in Kathmandu for survivors, the government said it was handing out the equivalent of $1,000 to families for each victim killed in Saturday’s earthquake, and another $400 for funeral costs, according to state-run Nepal Radio.

The death toll from the mammoth quake climbed to 6,198, including those who died in an avalanche on Mount Everest, plus more than 60 elsewhere in the region. The city got a lift Thursday when two survivors, including a 15-year-old boy, were rescued after being buried in debris for five days.

Although poorer sections of the city remained strewn with collapsed buildings, there were visibly fewer tents standing in a central part of Kathmandu that had been packed with people in the first few days after the magnitude 7.8 quake hit amid repeated aftershocks.

Krishna Maharjan, a farmer on the outskirts, brought green onions and cauliflower on his bicycle into the city.

“We are trying to get as much fresh food to the people as possible,” he said. “I feel it is our small contribution. But that’s what we can do and every little bit helps.”

More than 130,000 houses are reportedly destroyed, according to the U.N. humanitarian office. Its chief, Valerie Amos, landed in Nepal for a three-day visit to meet victims and local leaders. She plans to visit areas outside the Kathmandu Valley, according to the deputy spokesman for the U.N. secretary-general, Farhan Haq.

“Inaccessibility to some remote areas, the lack of helicopters, poor communication and security concerns remain the main challenges in delivering relief,” Haq said. In the past 48 hours, the U.N. Children’s Fund, or UNICEF, has delivered nearly 30 metric tons of supplies, including tents, water purification tablets, and first aid and hygiene kits.

A group of Nepal’s Gurkhas serving the British army have rushed back home to help their quake-hit countrymen get some clean drinking water. The soldiers from the Queen’s Gurkha Engineers Unit on Thursday set up a portable water purification unit on the Kathmandu grounds of the old royal palace.

“I am just glad I could serve my countrymen when they really needed something so necessary like clean drinking water,” said Corporal Bhesh Gurung, 34. “I have been away for 13 years serving in a foreign land and finally I can do something for my motherland.”

Gurung and his fellow Gurkha soldiers, helped by some Nepalese soldiers, are pumping ground water, filtering it in a purification unit and storing it in a 5,000-litre tank.