How did one of London’s swankiest neighbourhoods become a breeding ground for terrorists? 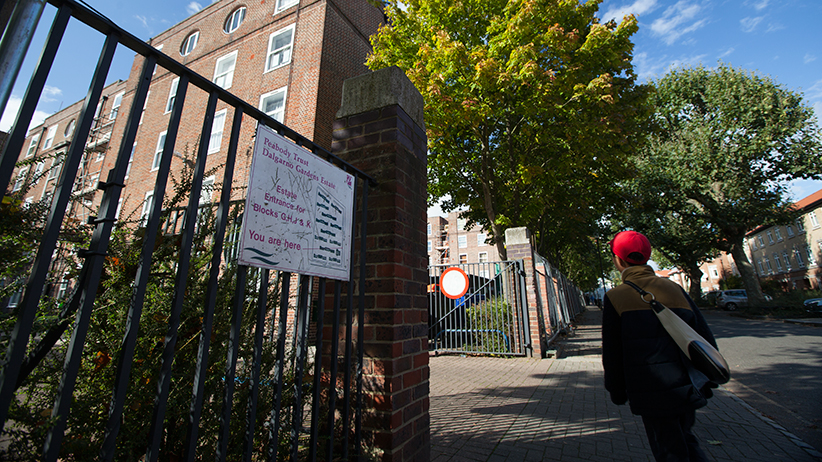 The Delgarno Gardens housing estate is located in Ladbroke Grove, a neighbourhood at the north end of London’s swankiest district, the Royal Borough of Kensington and Chelsea, and just a stone’s throw from the Michelin-starred restaurants of Notting Hill. Strolling around these streets on a sunny afternoon last week, it seems scarcely believable that this idyllic example of Britain’s social welfare state is also one of the country’s worst breeding grounds for Islamic extremism.

And yet, in the past decade, more than a dozen young men from this neighbourhood have been implicated in or convicted of acts of terrorism, leaving many local residents to wonder how and why.

Though technically a public housing project, the Dalgarno estate feels about as far from “ghetto” as one could imagine: several blocks of tidy 1930s brick row houses are fronted by well-maintained gardens. The local park is bursting with cheerful children. There are community centres and well-maintained community billboards with notices advertising everything from free daycare to community choirs and a “conversation and question time” with the local city councillor.

London is a city in which the super-rich and powerful live cheek by jowl with the poor and new immigrants, and this is certainly true of this corner of Ladbroke Grove. Before Prime Minister David Cameron moved into 10 Downing Street, he and his family lived just down the road. His chief whip, Michael Gove, and Chancellor of the Exchequer George Osborne, also own homes nearby.

But residents here were surprised last week when Dalgarno Gardens resident Tarik Hassane was arrested on terrorism charges in what is being reported as the first Islamic State-supported London bombing plot. An aspiring doctor who travelled to Sudan to study medicine after failing to get into med school at King’s College London, Hassane was born in London. His Twitter profile reveals a young man equally fanatical about football as he is with his deepening faith. When two members of Ladbroke Grove’s North African community died fighting in Syria last year, he tweeted eulogies praising their bravery. Analysts at the King’s International Centre of the Study of Radicalisation and Political Violence said Hassane had been exchanging messages with British jihadists in Syria for months. And neighbours reported he travelled to Syria and Sudan in the past year and returned “increasingly serious” about his faith.

It’s not the first high-profile terrorism arrest in the area. In 2005, two other residents, Muktar Said Ibrahim and Ramzi Mohammed, were hunted down here by police. The two were later convicted of conspiracy in the 2005 London Underground bombings. (They had carried backpacks of explosives onto the subway system.) There have also been several terror convictions for various worshippers at the nearby Al Manaar cultural heritage centre and mosque in Westbourne Park, as well as a handful of other reported local defections to join the war in Syria.

The strange thing is that, like the surrounding area itself, the Al Manaar mosque does not have a reputation for religious extremism or cultural isolation. In fact, Ramzi Mohammed was kicked out of the congregation for his fanatical views prior to his arrest.

Walking around Dalgarno Gardens, the residents appear to be ethnically mixed. There are as many head scarves as there are ball caps, and children of all backgrounds play together in the local, government-subsidized preschool. Sarah, a local resident who was pushing her infant son in a stroller and did not want her last name used, said she knows several neighbours of Hassane’s who were baffled by the charges against him. “People here just couldn’t believe he’d done anything like that. This is a nice area; it’s not like people are desperate or angry at the system or anything like that.”

But, evidently, some are—and the reasons why seem to cut across both class and culture. It is a mistake to think that the British Muslim youth who’ve left to fight in Syria (about 500 so far) have done so because of poverty or desperation. On the contrary, most are middle-class, educated young men of moderate religious backgrounds. Their privilege, many experts believe, is the very thing that drives them into the arms of extremism. They cleave, for better or worse, to the jihadist dream that Islam will once again rise up and rule the world.

Another of the young men arrested in the alleged Islamic State-supported bomb plot was Gusai Abuzeid, a young man of Iraqi-Kurdish descent who had also attended Westminster City School—a Christian faith school near the Houses of Parliament in central London. Like many of those arrested in Ladbroke Grove, Abuzeid was reportedly far from radical in his habits. As his brother, Adai, told the Daily Mail, “He smokes, he drinks, he has a girlfriend. If anything, he’s not a real Muslim. He doesn’t pray. He’s not political, either. Our whole family is against what is going on out there.”

In a society as wildly diverse as London, it seems that radical extremism can flourish almost anywhere—including on the (not-so) mean streets of Ladbroke Grove.