Look up and marvel at the moon's magnificence 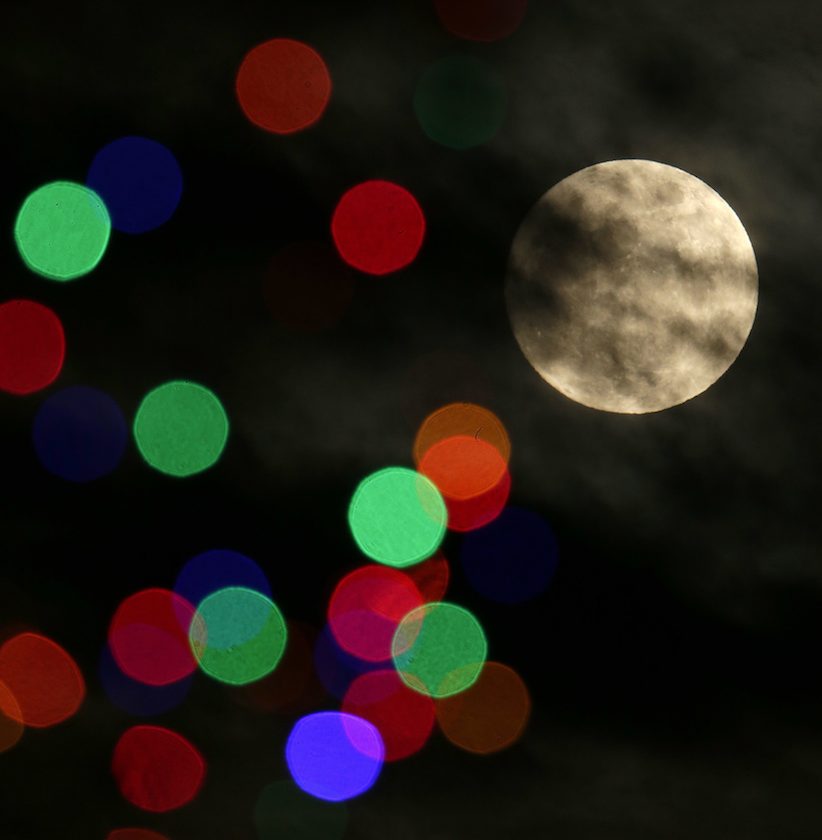 PHILADELPHIA — Gaze up into the sky and you’ll see something rare. And, no, it won’t be Santa. He and his reindeers will have already zoomed across the horizon.

This full moon, the last one for 2015, is called a Full Cold Moon because it happens during the start of winter. Of course “cold” is relative these days. On the balmy U.S. East Coast, some people will be tempted to celebrate the holiday in shorts and flip flops, more like Hawaiians.

NASA has a spacecraft currently orbiting the Earth’s moon. Its Lunar Reconnaissance Orbiter mission has been investigating the moon’s surface since 2009. The space agency says the mission has collected a “treasure trove of data” and is “making an invaluable contribution to our knowledge about the moon.”

A full moon on Christmas won’t happen again until 2034, nearly two decades from now, NASA said. So, unless you have a very good memory, you might want to look up at the sky on Friday and marvel at the moon’s magnificence.