Luka Magnotta: How not to disappear

Amid all his other alleged crimes, Luka Rocco Magnotta is apparently a plagiarist.

An article entitled “Luka Magnotta: How to Completely Disappear and Never Be Found” was posted on the website Digital Journal on June 1, 2009, by one “Rocco Magnotta” with an accompanying photo of Luka Magnotta. But Magnotta is not the author of the original article. He found the anonymous text on the Internet and re-posted it on Digital Journal under his own name. 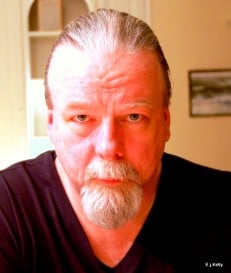 That’s the assessment of Frank M. Ahearn, a self-described privacy expert and author of The Digital Hit Man and How to Disappear. Ahearn, who divides his time between New York City and Paris, said the article has been floating around on the Internet in various forms for about five years.

“I actually had it on my website a few years ago (before Magnotta’s claimed authorship) as ‘Tips from Idiots,” Ahearn said in a telephone interview.

Ahearn called it Tips from Idiots because — quite apart from the plagiarism aspect — he says the article is full of bad advice for anyone who truly wants to disappear.

And Ahearn should know: In a two-decade career as a legendary skiptracer, Ahearn says he located more than 50,000 people who didn’t want to be found.

Then, after a chance encounter in 2003 with a corporate whistleblower who feared for his life, Ahearn turned the tables. He began a new career helping people hide — from skiptracers, from stalkers, from abusive ex-spouses, from enemies and from the general nosiness of a world in which so much information about us is now available online.

In the past decade Ahearn estimates he has helped about 85 people vanish, either physically or as an identifiable, reachable digital identity on the Internet.

The article Magnotta claimed to have authored was out of date and neglected to address some of the most critical aspects of engineering a successful disappearance in the 21st Century, Ahearn said. It was probably based on a 1986 book by Doug Richmond with a similar title — How to Disappear Completely and Never Be Found.

(Around the same time, Richmond wrote Lonely Planet’s “Mexico: A Travel Survival Guide” and “Central America: How to get there and back in one piece with a minimum of hassle.” So it’s fairly obvious which direction Richmond felt the best getaway lay.)

Magnotta’s flight to Europe from Montreal on May 26 showed more impulse (if not panic) than planning, Ahearn said. “I don’t think he had much of an escape idea in his head,” Ahearn  said. “I think (if) he did the crime … (he) thought, ‘Oh shit, I better get out of Canada.’ I also don’t think he thought the crime would become a worldwide piece of news and Interpol would become involved as well.”

When he was arrested in a Berlin Internet cafe on June 4, Magnotta  had three sets of identification in his possession and was trying to print a new false identity card. Apart from documentation in his own name, Ahearn surmises the fugitive’s other two false identities would not stand up to any kind of serious scrutiny — which is why Magnotta used his own passport for his Air Transat flight from Montreal to Paris.

The other identity documents may have been forged or stolen, Ahearn said, but were probably bought online from one of the many companies that specialize in producing “camouflage” passports and other documents that appear legitimate but are sold as “novelty” items, thus staying — barely — inside the law.

The false passport said to bear the name Kirk Trammel was probably one of those, since it would be almost impossible for Magnotta to choose the name appearing on any real passport that could have been fraudulently issued to him. (And choose he did, since “Trammel” is likely an homage to Sharon Stone’s icepick murderer in the movie Basic Instinct.)

Camouflage passports appear similar to real passports but are issued in the name of countries which no longer exist like Rhodesia (now Zimbabwe) and British Honduras (now Belize). Because the “countries” are no longer legal entities, the “passports” are not illegal in most parts of the world (the U.S. excluded) — as long as they are not actually used as a form of identification.

“It’s illegal but plenty of people do it,” Ahearn said.

Some countries with major offshore banking industries will issue “banking” passports in the name of clients who have significant accounts and pay a stiff fee — but it is again highly unlikely that a scuffler like Luka Magnotta would have access to the kind of money necessary to acquire a banking passport.

And money is generally the key to a successful disappearance. The greater access one has to hard cash, the better one’s chances of staying undercover. Magnotta had relatively little money with him during his flight or access to more, apart from selling sexual favours.

The greatest danger Magnotta posed on the run — supposing, of course, that he actually is a psychotic murderer as alleged — was the possibility he would target and kill someone in Europe for financial gain to keep running.

In the end, Magnotta’s inability to break his addiction to using cell phones and the Internet was probably his greatest failure as a fugitive. “Don’t use any computer that can ever be traced to you,” Ahearn said. The footprint is just too big and the trail of evidence left behind is too strong.

Not if you really and truly want to disappear.

Perhaps we will learn at Magnotta’s trial whether his botched escape attempt was an incompetent failure or just part of a megalomaniacal poseur’s elaborate dance on the international stage before the curtain ultimately falls.