Marc Faber doesn’t get it: Great ideas have no skin colour

Opinion: Faber’s correlation of capitalist development with skin colour is undermined not just with conceptual arguments, but also by a simple look around the world today. 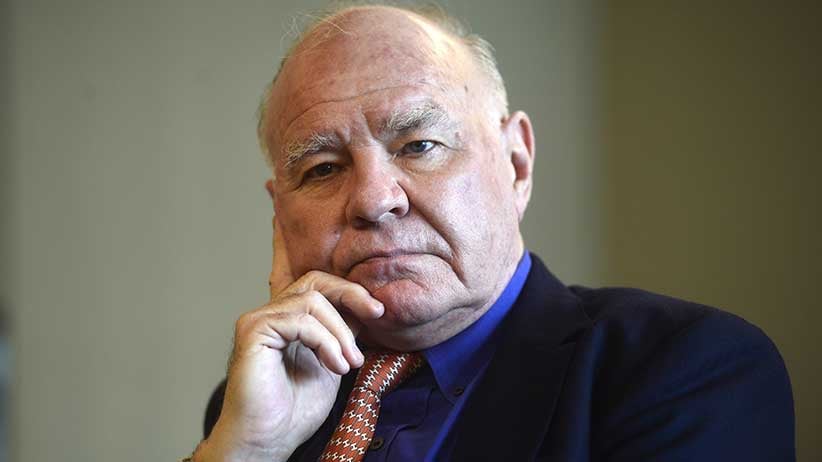 There is no shortage of people who trash Western civilization and the ideas associated with it. From sensitive millennials who see the history of Great Britain and Europe and their offshoots as mainly racist, sexist, and imperialist, to politicians in chronic apology mode for the actions of others a century or more ago, too many people see the history of the West in Manichean terms. The emphasis often seems to be on the sins of Western civilization, and rarely if ever, its virtues and accomplishments.

The rich tradition of Western ideas that led to the modern world, its manifold freedoms and its blessed prosperity, needs a few good defenders. But here’s the kind of advocate Western civilization doesn’t need: Someone who equates laudable ideas and institutions birthed or popularized in the West with skin colour, i.e., “white.”

Enter Marc Faber, a Swiss investor and publisher of a popular financial newsletter. In it, he recently thanked God that “white people populated America and not the blacks.” He gave the failed economic state of Zimbabwe as an ostensible proof of failure due a skin colour different than his own. In a later interview with the Globe and Mail, Faber explained and reinforced his comments, saying he had no regret for “stating historic facts.” He argued the ostensible superiority of whites was clear “from the perspective of economic progress and development.”

READ: We should celebrate Canada’s British influence, not denounce it

I’d never heard of Faber until this week. I don’t know if he is a racist deep down or just clueless and unable to separate incidental, accidental facts of history from correlation-causation relationships. His follow-up remarks seem to indicate both.

White pride is as dumb as the reverse claim

Thinking clearly about Faber’s remarks matters, in part because some make the same assumption in reverse: that certain historic injustices  and wrong actions in European  or English countries are tethered to “whites” or the West  in general.

This is ridiculous. It also misunderstands that one key accomplishment in Western societies over the centuries was to move away from unity in a society based on racial, religious or ethnic tribes, and towards societies that unite around (hopefully) positive ideas.

The United States is a good example: While racist in practice in 1776, as with the rest of the world, its founding precept in the Declaration of Independence—all men are created equal—was an idea with unalterable logic. It drove ahead arguments for successive waves of emancipation: Blacks, women, and Asian Americans among others. This much should be obvious: Ideas, harmful or helpful, can be shared by anyone regardless of their colour.

Let’s dig into more of the correlation-causation error in Faber’s brain via another example: English whites wrote up the Magna Carta in 1215, and thus highlighted the importance of property rights. It was a necessary element, among others, to the widespread development centuries later of flourishing free markets in the British Isles and Europe, and then increasing around the world in the last 70 years. But eight centuries ago, those who ensured King John was henceforth subject to the rule of law on matters of property and other rights could have been black, mixed complexion, or purple with orange polka dots. What mattered was the idea, one which could be shared by anyone—and later was, by others around the world.

READ: Under the influence: 800 years of the Magna Carta

The same is true for other notions that developed and put down deep roots in Western societies over centuries. Adam Smith on a fuller understanding of why free markets are critical, and the importance of moral sentiments; Voltaire on intellectual freedom; John Stuart Mill on liberty; or Mary Wollstonecraft on why women should be emancipated. That each person had white skin was an accident of geography. It had nothing to do with their intellectual development, or that of the society around them.

To be clear, harmful or helpful ideas did develop in specific circumstances in differing civilizations over time. Ponder Martin Luther’s notion that his own conscience, informed by his faith’s holy text, were definitive and not the established Church or state. “I do not accept the authority of the popes and councils” he remarked in 1521 at the Diet of Worms.  That belief and act of defiance set the stage for church-state separation. That, along with later influences such as the Enlightenment helped give rise to an initially unique Western understanding of the individual as worthy of treatment as an individual and not merely as a cog in some religious or ethnic collective. But such Western developments had nothing to do with skin colour but in ideals, ideas and arguments that exist in our grey matter. Contra Faber, it had nothing to do with pigmentation.

Faber’s correlation of capitalist development with whites is undermined not just with conceptual arguments, which, I would have thought, were obvious to all, but also by a simple look around the world today. Unsuccessful societies where the liberating effect of free enterprise is hampered—recall his comments about Zimbabwe—include plenty of white examples: Russia’s autocracy, Latin American corruption in general and renewed Cuban-style state interventionism in Venezuela. Those are all places where whites are either in the majority or close to it.

On the other, free side: Hong Kong, or even Singapore, which while autocratic on some matters, is still as good a practitioner of open markets and flourishing wealth creation as exists. Both Hong Kong and Singapore are, of course, majority Chinese in ethnicity; that implies something other than pale skin.  Their attachment to free enterprise and the principles and policies that undergird modern capitalism developed not due to colour but because ideas travel between peoples and between neurons.

Faber is not just an accidental or purposeful racist; he’s daft. Ideas on the inside of us, harmful or helpful, have nothing to do with the pigmentation on the outside.

Mark Milke is an author, columnist and president of the Sir Winston Churchill Society of Calgary