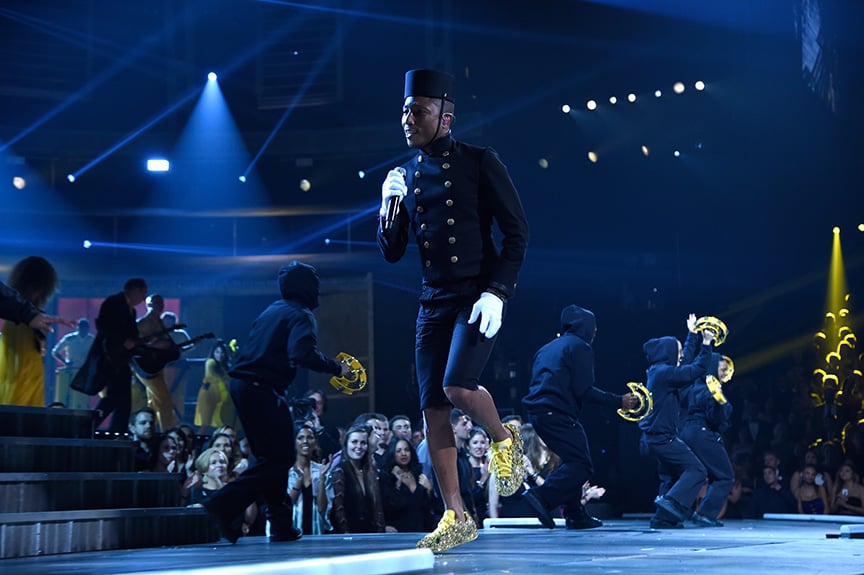 LOS ANGELES – A jury’s verdict that Pharrell Williams and Robin Thicke copied Marvin Gaye’s music to create their hit song “Blurred Lines” won’t just be felt by the singer’s pocketbooks – it has the potential to change how musicians work and could open the door to new copyright claims.

An eight-person jury determined Tuesday that Williams and Thicke copied elements of Gaye’s 1977 hit “Got to Give It Up” and ordered the pair to pay nearly $7.4 million to the late singer’s three children.

Gaye’s daughter, Nona Gaye, wept as the verdict was read and later told reporters, “Right now, I feel free. Free from … Pharrell Williams’ and Robin Thicke’s chains and what they tried to keep on us and the lies that were told.”

The music industry may feel new constraints in the coming years as artists – and lawyers – sort through the verdict and its implications.

Howard King, lead attorney for Thicke and Williams, told jurors in closing arguments that a verdict for the Gaye family would have a chilling effect on musicians’ trying to evoke an era or create an homage to the sound of earlier musicians. Williams contended during the trial that he was only trying to mimic the “feel” of Gaye’s late 1970s music, but insisted he did not use elements of his idol’s work.

“Today’s successful verdict, with the odds more than stacked against the Marvin Gaye estate, could redefine what copyright infringement means for recording artists,” said Glen Rothstein, an intellectual property attorney with the firm Greenberg Glusker.

“The Gaye verdict is precedential in that whereas prior to today, it was generally understood that paying homage to musical influences was an acceptable, and indeed commonplace way of conducting business and even showing respect for one’s musical idols, after today, doubt has been cast on where the line will be drawn for copyright infringement purposes,” Rothstein said.

The Gaye family will seek an injunction against “Blurred Lines,” which will give them leverage to negotiate for royalties and other concessions such as songwriting credits.

Music copyright trials are rare, but allegations that a song copies another artist’s work are common. Recently, singers Sam Smith and Tom Petty reached an agreement that conferred songwriting credit to Petty on Smith’s song, “Stay With Me.” The agreement was reached because Smith’s song resembled Petty’s hit “I Won’t Back Down.”

“Unfortunately, today’s jury verdict has blurred the lines between protectable elements of a musical composition and the unprotectable musical style or groove exemplified by Marvin Gaye,” said Larry Iser, an intellectual property lawyer who has represented numerous musicians, including Jackson Browne and David Byrne, in music copyright cases. “Although Gaye was the Prince of Soul, he didn’t own a copyright to the genre, and Thicke and Williams’ homage to the feel of Marvin Gaye is not infringing.”

“This is going to make them more conservative, and less likely that you’re going to have new music,” King said.

That assertion was mocked by Richard Busch, the lead attorney for the Gaye family.

So too will Williams’ career, said Joe Levy, editor-at-large at Billboard.

“For Pharrell the story moves on,” Levy said. “It will move on quickly.”

Williams is a seven-time Grammy Award winner whose songs he’s either performed or produced have sold more than 100 million copies worldwide. His hit “Happy” has helped make him a household name, as has his work as a judge on NBC’s music competition show, “The Voice.”

“It’s much to Pharrell’s advantage that he is at a high point in his career,” Levy said.

Thicke’s career may have more issues as a result of Tuesday’s verdict, since “Blurred Lines” was a global hit and his follow-up effort failed to connect with audiences, Levy said.

Levy said that while the verdict will likely make musicians and record labels more cautious, it won’t stop artists from using others’ works as inspiration.

“Are people going to stop writing songs inspired in homage to what’s come before? I don’t think so,” he said.

Levy said the size of the judgment for the Gaye family was surprising, as well as the fact the case even went this far.

“I think the biggest surprise here is this case didn’t have to move to trial,” he said. “Many cases of this nature are brought and either dismissed or settle.”

Despite the verdict, Levy predicted that “Blurred Lines” will continue to make plenty of money for Williams, Thicke and in all likelihood the Gaye family.

“People aren’t going to stop playing it,” Levy said, adding that it will one day achieve a nostalgic status that other artists’ songs now have. “It’s not just going to disappear.”