Fire department spokesman says cause of blaze is not yet known 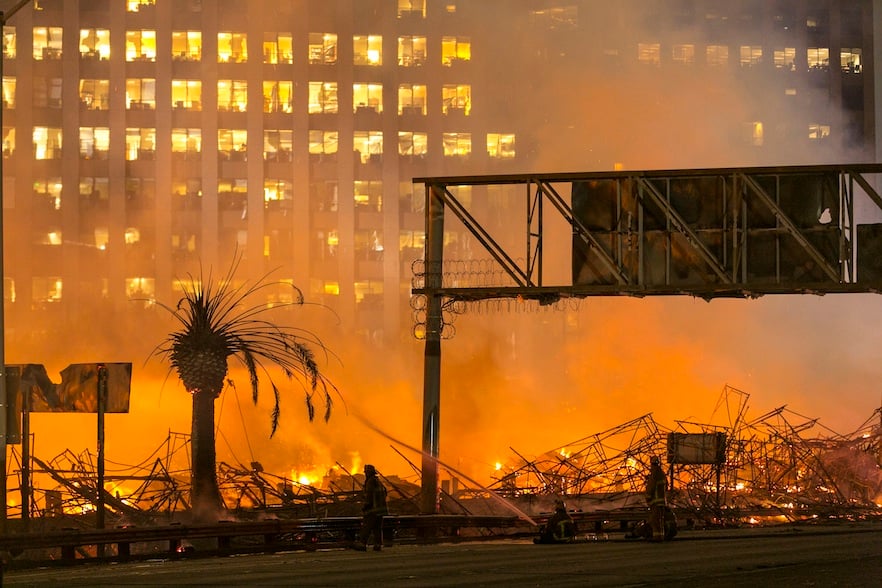 Los Angeles County firefighters battle a fire at an apartment building under construction next to the Harbor CA-110 Freeway in Los Angeles. (AP Photo)

The Los Angeles Times reports that the fire could be seen for miles.

The fire was burning a building planned to be a tall residential structure.

Ortiz says he didn’t think anyone was living or working there.

He says that the 101 Freeway was closed in both directions, while the California Highway Patrol says transition lanes between the 110 and 101 freeways were shutdown.

Ortiz says that the cause and extent of the fire are not yet known. There were no immediate reports of injuries.