Arrests made in Copenhagen over weekend attacks 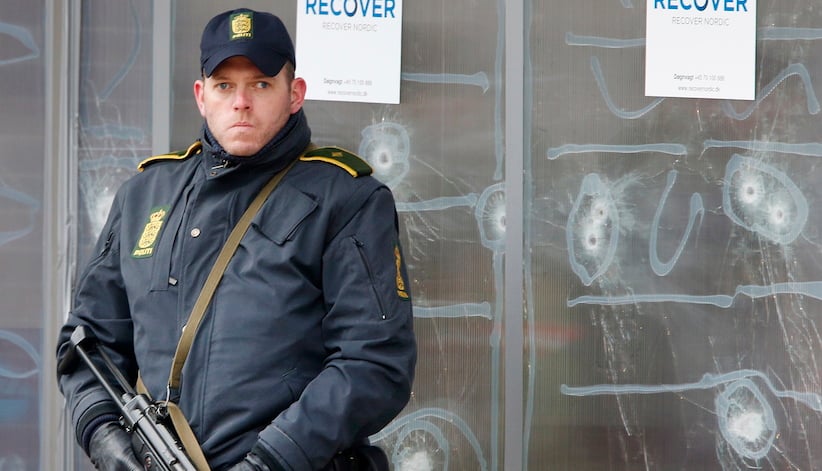 COPENHAGEN – Danish police said Monday that they have arrested two men suspected of helping the gunman who carried out two deadly shooting attacks over the weekend in Copenhagen.

Police in Copenhagen said the arrests were made on Sunday and that the two men will face a custody hearing on Monday.

The defence attorney for one of the two suspects, Michael Juul Eriksen, told public broadcaster DR that the two were accused of giving the gunman shelter and getting rid of a weapon.

The suspect killed two people in his weekend attacks, including a Danish filmmaker and a member of Denmark’s Jewish community. He first opened fire Saturday at a cultural centre hosting a seminar on free speech with an artist who had caricatured the Prophet Muhammad and then later at security forces outside a synagogue, police said. Hours later the suspect was killed in a gun battle with a SWAT team.

Police say the slain gunman was a 22-year-old with a history of violence and may have been inspired by Islamic terrorists – and possibly by the Charlie Hebdo massacre in Paris. They have not yet released his name.