The case of the 43 murdered Mexican students may have been solved, but it has sparked a national crisis over crime 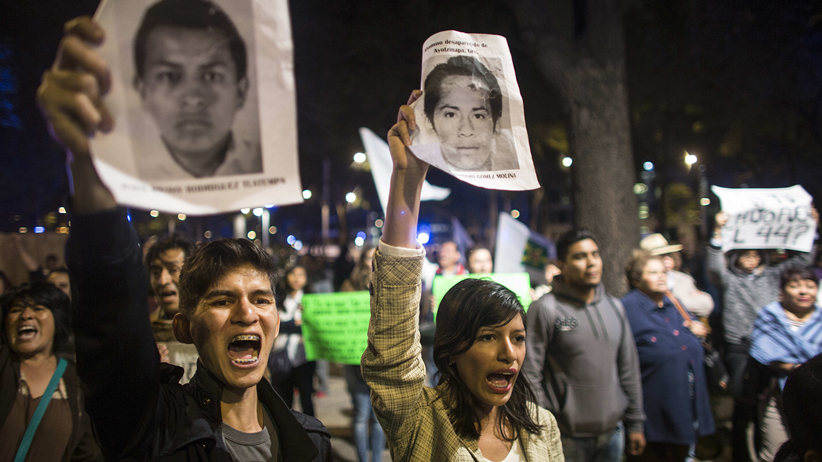 The questions couldn’t end fast enough for Mexican Attorney General Jesús Murillo Karam. At a recent press conference, the high-powered lawyer and politician was detailing how cartel members confessed to killing 43 teacher trainees and burning their bodies in a dump. Appearing annoyed and exacerbated after intense questioning, he snapped, “I’ve had enough,” as the event ended.

His comment inflamed Mexicans, who are still struggling to come to grips with the fact that the students were murdered for supposedly planning to protest a speech by someone with alleged ties to organized crime. It also touched a nerve in a country that is already irate over the collusion between drug cartels and the political class.

#YaMeCansé (“I’ve had enough”) trended on Twitter as Mexicans used the hashtag to denounce their displeasure with corruption, crooked cops, unresponsive politicians and violence—vices still vexing Mexico more than a decade after democracy supposedly supplanted one-party rule. Some put the slogan on signs and marched in mass protests. Omar Sixto, 23, caustically commented on cardboard, “I’ve had enough of living in a narco-grave,” referencing the more than 100,000 Mexicans killed since the country started cracking down on drug cartels in late 2006. “I’m fed up with the violence, the assaults, the injustice, the way our representatives are running the country,” he said.

The teacher trainees had travelled on Sept. 26 to the city of Iguala, 190 km south of Mexico City in Guerrero state, on buses they are suspected of hijacking. They were shot at by police, detained, and later turned over to the Guerreros Unidos gang. Officials say the since-captured mayor of Iguala, José Luis Abarca, ordered the students stopped so they wouldn’t interrupt a speech by his wife, María de los Ángeles Pineda. (Classmates say the students had gone to Iguala to raise funds for a future trip to Mexico City.)

Cartel members confessed to receiving the students from municipal police officers, then killing them and taking them to a garbage dump, where they built a bonfire out of old tires and burned the bodies for 15 hours. Families of the students refuse to believe the government’s version of events, saying they want proof—DNA tests are not yet complete—instead of stories from suspects. “If the government thinks with this news that our children are dead, that we’re going to stay silent, well, no. It only makes us more angry,” said Carmelita Cruz, whose son and two nephews are among the missing students.

The crisis has caused headaches for President Enrique Peña Nieto, who has focused on economic issues since taking office nearly two years ago, and has treated crime and insecurity as more of a public relations problem than a national emergency. “In the script for his administration, nobody included the subject of security,” says Manuel Molano, deputy director of the Mexican Competitiveness Institute, a Mexico City think tank. “They downplayed the topic, thinking that it was an agenda of the previous administration.” Peña Nieto waited 10 days to speak about the missing students, and finally met the parents more than a month after the disappearances. (They refused to leave his residence until he agreed to form a commission to address their concerns.) He has yet to travel to Iguala.

Despite leaving the country on a planned trip to China and Australia, controversy continued to dog him. Reporters discovered details that his $7.2-million mansion was actually owned by a company that had been awarded government contracts—including one that was quickly cancelled last week for a high-speed rail line connecting Mexico City with Querétaro. The president’s office issued a statement saying the home was purchased by first lady Angelica Rivera, a popular telenovela actress. “No one believes that this is her house,” Molano says. “What it says is that, if you’re a politician, that is the way to be wealthy in Mexico.”

The mansion in a chi-chi Mexico City neighbourhood contrasts sharply with the misery of Guerrero state, where human-development index scores in some municipalities are on par with sub-Saharan Africa. The students’ college, which trains teachers to work in rural schools with dirt floors and often no electricity or running water, imparts a hard left-leaning curriculum, and has produced guerrilla leaders and been a hotbed of protest—making it highly unpopular with politicians.

For observers such as Molano, the attack on the students (known as normalistas) shows how intolerant the country has become to political opposition, especially at the state level. “They are viewed as political dissidents,” Molano says. “That’s what people are so upset about. One day, it won’t be the normalistas; it will be you or me or anybody.”