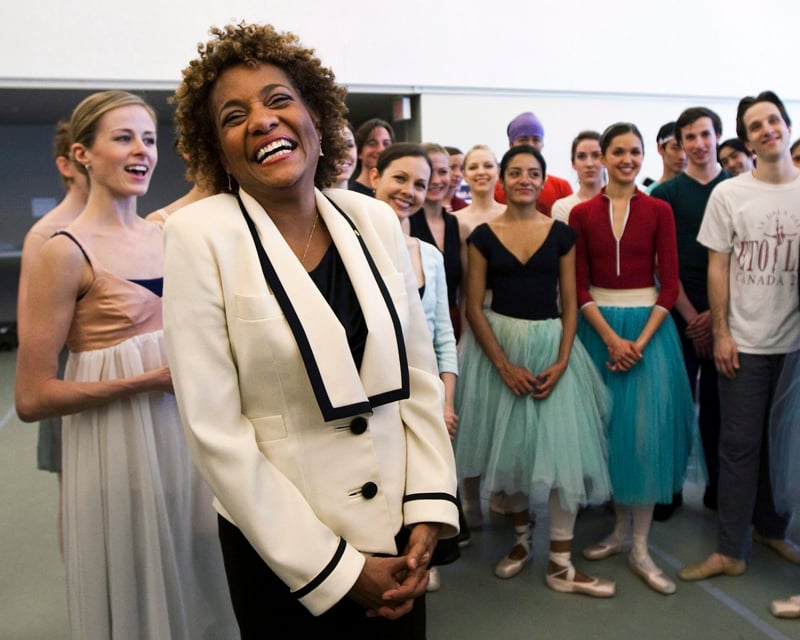 DAKAR, Senegal – Former governor general Michaelle Jean has become the first woman leader of la Francophonie and will oversee the organization of 57 member states for the next four years.

Jean, who was named by consensus on Sunday, was up against four other candidates at the summit of la Francophonie, whose members include Canada, Quebec and New Brunswick.

She wll replace Abdou Diouf, who stepped down after more than 10 years in the position.

News of her appointment came in Dakar, Senegal, at the end of the summit.

“I am especially pleased that, for the first time in its history, la Francophonie has elected a Canadian woman as its head,” he said.

“Thanks to her impressive qualifications and her vast experience…Ms. Jean is the ideal person to promote French and the values of the Organisation.

“She will embody the renewal and modernity that la Francophonie of the 21st century needs, and will listen to heads of state and government and their citizens.”

Jean, 57, served as governor general between 2005 and 2010 — a reign that included a controversial trip in 2009 to the Arctic where she helped to skin a seal.

Her decision to help butcher the mammal at a festival was derided as “bizarre” by the Belgium-based European Union, and compared by environmentalists to Neanderthalism and wife-battery.

Jean said at the time she was simply sharing in a local custom when she helped butcher the seal animal and eat a piece of its raw heart.

Her family moved to Canada to flee the repressive regime of Haiti’s Francois Duvalier in the 1960s.

She is married to filmmaker Jean-Daniel Lafond and made several films with him.

The former Radio-Canada reporter has worked recently in Haiti as a special envoy for UNESCO and has been the chancellor of the University of Ottawa since 2012.

Gov. Gen. David Johnston also issued a statement on behalf of his family to congratulate Jean.

“We are confident that she will fervently and passionately defend not only the French language and culture, but also respect for the shared values of peace, democracy and human rights that have solidified the belonging of each nation in la Francophonie,” he said.

“She already showed her commitment to these causes during her tenure as governor general of Canada, from 2005-10.

“We join with all Canadians in wishing Madame Jean every success as she begins a new chapter in her professional life on the international stage.”