In a time of crisis, the country has been praised as ‘a model EU nation’ 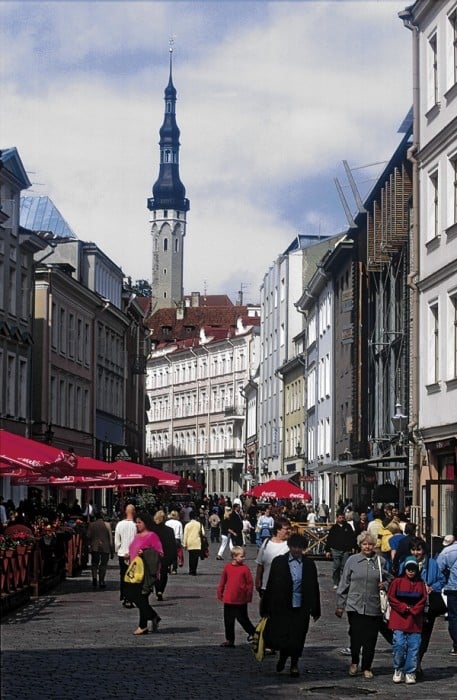 Miracles are always more complicated than they first appear. Even the word itself—miracle—is a kind of hedge. It’s a guard against deeper scrutiny, a way of pointing to the wonderful without probing too deeply into the details. Such is the case with the economic miracle in Estonia. The tiny tiger of the Baltic is being hailed as the anti-Greece, both for its fiscal austerity and stoic acceptance of such. But the story of how this nation of 1.3 million crawled out of the 2008 crash, gained entrance to the eurozone and set itself on the path to, fingers crossed, prosperity is both messier and more pragmatic than “miracle” implies.

Beginning in 2009, the Estonian government undertook a policy of “fiscal retrenchment”—it tanked its own economy, basically, cutting spending and raising taxes even as the rest of the West indulged in a binge of Keynesian excess. Between 2000 and 2007, Estonian GDP climbed an average of eight per cent per year. In 2009, it tumbled 14 per cent. Unemployment hit 19 per cent that year, and wages, in the private and public sectors, were slashed, in some cases by as much as 40 per cent.

And for all this, the government was praised. There were no mass protests, no legislative walkouts, no rioters tearing up the cobblestones in the streets of Tallinn. “If you look at what the [polls] said in spring of 2009, before they made the cuts, and what they were in October, November, they actually went up,” says Ringa Raudla, a senior researcher in public administration at the Tallinn University of Technology. In March 2011, the same parties that implemented the austerity plan were re-elected to another term. “People actually supported cutting the budget rather than taking out loans,” Raudla says.

By a lot of measures, the pain-for-gain strategy worked. After collapsing in 2009, the Estonian economy bounced back in 2010, growing by a modest 2.3 per cent. Unemployment has since edged down to 13 per cent—although Jüri Kivimäe, the head of the Estonian studies program at the University of Toronto, warns many Estonians don’t trust those figures—and GDP is expected to grow by 7.5 per cent this year, according to the European Bank for Reconstruction and Development.

All that parsimony hasn’t gone unnoticed. Today, government debt in Estonia sits at a meagre 6.7 per cent of GDP (compare that to 80 per cent for the United Kingdom, 93 per cent for Portugal or a whopping 145 per cent for Greece), and the national budget should be balanced or near to it this year. In July, the ratings agency Fitch upgraded Estonia’s credit to A+ status. That same month, The Economist praised Estonia as a paragon of the “virtues of flexibility and austerity.” More recently, Der Spiegel called the country “a model EU nation” in a time of crisis.

Most importantly, for Estonians at least, the harsh austerity measures helped the nation satisfy the Maastricht criteria and gain entrance to the eurozone in January. It was partially that promise—of swapping the kroon for the euro—that allowed politicians to sell their people on the harsh cutbacks. “It was such a clear focal point, it made it easier for the government to explain to people: ‘This is our exit strategy from the crisis,’ ” Raudla says.

But of course there’s more to it than that. For one thing, the government was smart about its cuts. Departmental spending was trimmed by seven, then eight per cent in two waves in 2009. But payments to pensioners still went up, by five per cent. For another, unlike in other European countries, organized labour in Estonia is almost paralytically weak. When government wages were slashed and jobs cut, there was no union movement ready and waiting to take to the streets.

Maybe most importantly, Raudla believes, there’s a cultural sense in Estonia that it is inherently virtuous not to have high government debt. If there is an operating principle within the current centre-right government, it might be this: don’t spend money you don’t have. (It would be great to have wonderful health care and a robust social safety net, Economic Affairs Minister Juhan Parts told Der Spiegel recently. “But you have to have the money. We don’t have it.”)

Still, it’s too simple to call what’s happening in Estonia a miracle, economic or otherwise. Average monthly incomes remain well below the EU average; the economy is still over-dependent on volatile foreign direct investments, and the export sector relies on a Europe that isn’t exactly in a buying mood.

And then there’s the euro. By opting in when they did, Estonians earned themselves the right to help bail out Greece. If things continue as they are, they might be bailing out the Italians, too. For a country that remains much poorer than its indebted partners, it could be a bitter pill. But Estonians are used to sacrifice. “People are saying, well, do we really want to be in that club?” Raudla says about the eurozone. “But on the other hand, for Estonia, there is no real other option.”