Mitt Romney is being considered for secretary of state

Donald Trump and VP-elect Mike Pence announce they are impressed with the former presidential nominee, as well as with General James 'Mad Dog' Mattis for secretary of defence. 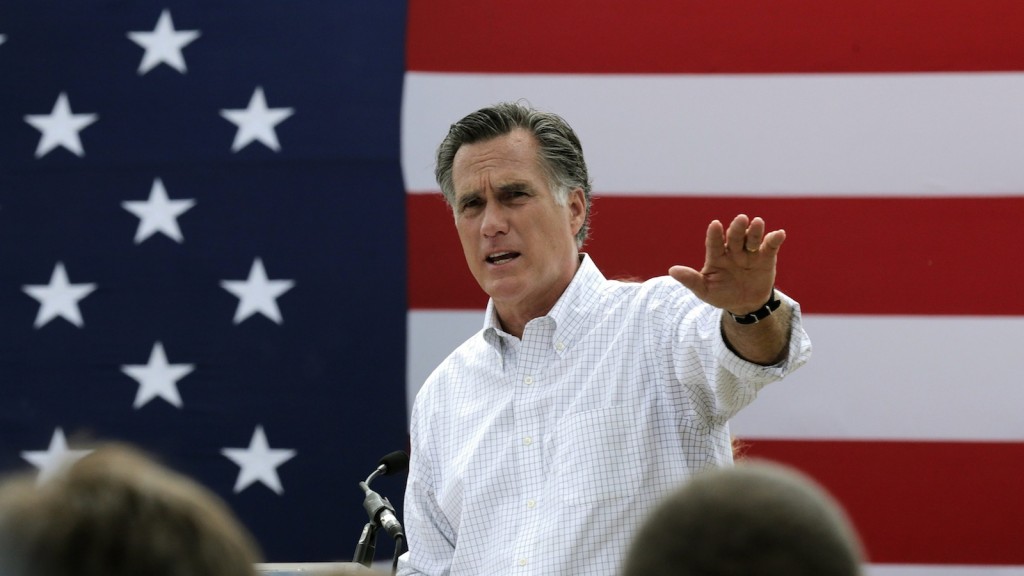 BEDMINSTER, N.J. — Mitt Romney is a key contender to become the nation’s next secretary of state and retired Marine Corps Gen. James Mattis was an “impressive” prospect for defence secretary, President-elect Donald Trump and his No. 2, Mike Pence, said Sunday.

“Gov. Romney is under active and serious consideration to serve as secretary of state of the United States,” said Pence, the vice-president-elect who is leading the search for Trump’s cabinet members, in an interview on CBS’s “Face the Nation.”

On Sunday, the billionaire interrupted his tweeted criticisms of “Saturday Night Live,” the hit musical “Hamilton,” and Democrats to write that, “General James ‘Mad Dog’ Mattis, who is being considered for secretary of defence, was very impressive yesterday. A true General’s General!”

The comments were indications that Trump is looking outside his immediate circle as he works toward rounding out his foreign policy and national security teams. On Friday, he named a loyalist, ret. Gen. Michael Flynn, as his national security adviser.

Romney, the former Massachusetts governor and 2012 GOP presidential contender, and Trump exchanged bitter insults during the campaign, and Mattis has not been considered a Trump confidante. The appointment of more establishment figures could offer some reassurance to lawmakers and others concerned about Trump’s hard-line positions on immigration and national security and his lack of foreign policy experience.

But even as Trump and his team discussed pressing issues facing the country and how to staff the incoming administration, the president-elect’s Twitter feed suggested other issues too were on his mind.

Trump also complained that “Saturday Night Live,” which thrives on making fun of politicians, is “biased” and not funny. The night before, actor Alec Baldwin portrayed Trump as Googling, “What is ISIS?”

Trump also insisted again that the cast and producers of “Hamilton” should apologize after the lead actor addressed Pence from the stage Friday night, telling the vice-president-elect that “diverse America” was “alarmed and anxious” about the incoming administration. Pence said on CBS’s “Face the Nation” that he enjoyed the show and wasn’t offended.

The businessman and president-elect also apparently was considering prospects to lead the Commerce Department, meeting with billionaire investor Wilbur Ross.

“Time will tell,” Ross told reporters when asked if he wanted to the post.

Both Romney and Trump put on a show of smiles, a public handshake and a thumbs-up Saturday, a marked shift in tone after a year in which Romney attacked Trump as a “con man” and Trump labeled him a “loser.” But the two have started to mend fences since Trump’s victory over Democrat Hillary Clinton.

Trump’s initial decisions suggest a more aggressive military involvement in counterterror strategy and a greater emphasis on Islam’s role in stoking extremism. Sessions, who is best known for his hard line immigration views, has questioned whether terrorist suspects should benefit from the rights available in U.S. courts. Pompeo has said Muslim leaders are “potentially complicit” in attacks if they do not denounce violence carried out in the name of Islam.

Pompeo’s nomination to lead the CIA also opens the prospect of the U.S. resuming torture of detainees. Trump has backed harsh interrogation techniques that President Barack Obama and Congress have banned, saying the U.S. “should go tougher than waterboarding,” which simulates drowning. In 2014, Pompeo criticized Obama for “ending our interrogation program” and said intelligence officials “are not torturers, they are patriots.”

Sessions and Pompeo would both require Senate confirmation; Flynn would not.