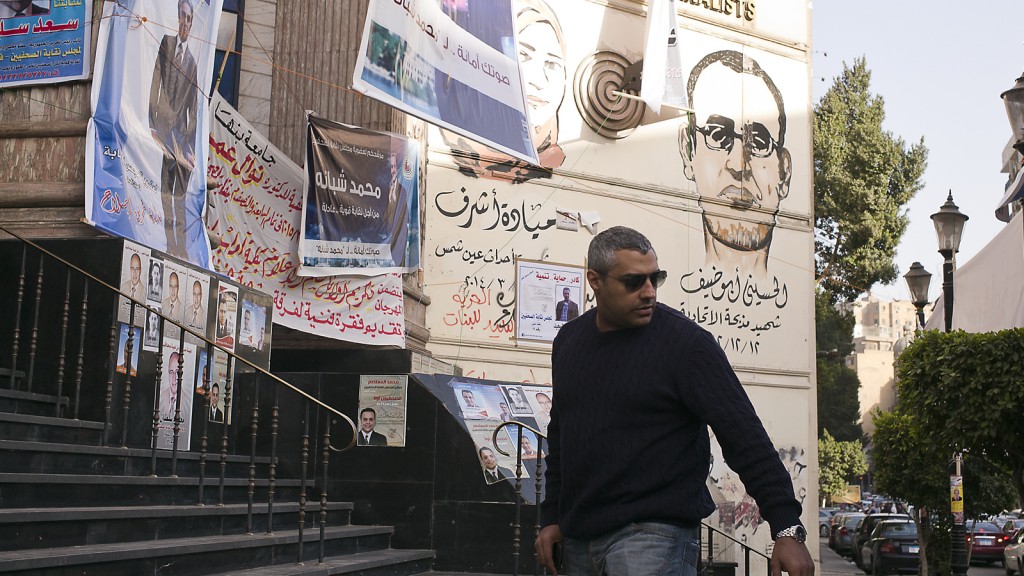 “I’m feeling a little better because of the passport,” Fahmy told The Canadian Press from Cairo. “It’s a really, really great feeling to have it.”

Fahmy’s original Canadian passport was never recovered after being seized during his arrest in December 2013 while he worked for satellite news broadcaster Al Jazeera English.

The 40-year-old, who spent more than a year in an Egyptian prison, had been trying to get a new passport ever since his release on bail in February, claiming the lack of official documentation left him in a precarious situation.

The federal government initially refused to grant him a new passport, citing his bail conditions as a barrier, but abruptly reversed their position on the matter earlier this week.

On Wednesday morning, Fahmy said the Canadian ambassador in Cairo handed him a temporary passport before a new session of his trial began.

“It was just a perfect beginning to the day,” Fahmy said. “I really feel secure having in my hand and in my back pocket.”

Fahmy already has plans to get married to his long-time fiancee within days — something he had been unable to do without a passport. He will now also be able to move around Cairo more easily since his passport will allow him to prove his identity at police checkpoints.

Fahmy is currently undergoing his second trial in Cairo after a successful appeal of his earlier convictions, which were internationally decried.

Naguib Sawiris, who owns one of the largest private television stations in Egypt, testified that Fahmy was not a member of the banned Muslim Brotherhood — something he has been accused of at trial, Fahmy said.

The businessman also testified that it would have been up to Al Jazeera, as Fahmy’s employer, to ensure the journalist and his team had all necessary licences in place to work in Egypt, Fahmy said, noting that broadcasting permissions were another issue at his trial.

“It seems like the first hearing that looked like a comprehensive trial, like a real trial,” Fahmy said. “There was a cross-exchange between the prosecution and the defence…the judge honestly seemed like he really wanted to know.”

Sawiris also clarified the difference between Al Jazeera’s Arabic channel, which was ordered off the air in Egypt, and it’s English one, which broadcasts internationally, Fahmy noted.

“To get this witness was so pivotal,” Fahmy said. “He’s been totally outspoken against Al Jazeera so for him to come and support me, this really rings well with the judge.”

Fahmy’s case will be back in court next Tuesday, when a technical committee tasked with studying video reports produced by Fahmy and his team is expected to report whether any clips were fabricated or contained any material biased towards the Muslim Brotherhood.

The committee was initially expected to report back on Wednesday, but was delayed by translation issues, Fahmy said.

Fahmy is on trial with one of the two colleagues he was arrested with.

His other colleague — Australian Peter Greste — was suddenly released from prison in February under a law which allows for the deportation of foreigners convicted of crimes.

He and his Egyptian co-worker Baher Mohamed then began their second trial and were granted bail shortly after it began.