Pride parades are banned—what will happen during Eurovision? 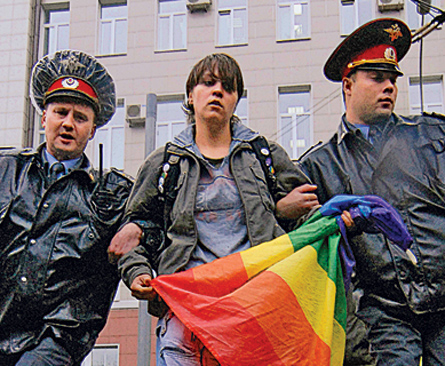 Russian gay rights activists are planning to bring some extra drama to a popular European pop music competition. Moscow Pride organizers have scheduled a pride parade to coincide with the live TV finale of the 54th Eurovision Song Contest on May 16. Thousands of fans are expected for the show—most famous for launching ABBA’s career in 1974—and activists see Moscow’s hosting of the contest as an opportunity to build support for gays in Russia.

Gay rights marches in Moscow have been repeatedly banned by Mayor Yuri Luzhkov. The city’s first ever, held in 2006 despite being banned, led to violent clashes between activists and anti-gay demonstrators. At a Eurovision press conference in December, Luzhkov advised gay visitors to the city: “Entertain yourself, no problem, but not on the streets, squares, marches and demonstrations. We do not allow gay parades.” Homosexuality has only been legal in Russia since 1993, and the influential Russian Orthodox Church still strongly disapproves.

Parade organizers have again applied for permission, but say they will hold this year’s march either way. “We are not going to surrender our right to freedom of assembly and expression,” said Nikolai Alekseev, head of Moscow Pride, which last month registered a complaint with the European Court of Human Rights in France over the bans, asking for 1.7 million euros in compensation.

Tensions over the Eurovision finale were already running high after Georgia, which was at war with Russia last year, pulled out after its song, We Don’t Wanna Put In, was banned for political content (the title is a pun on the last name of Russian Prime Minister Vladimir Putin). Russian nationalists are also upset that their singer is from Ukraine, and performing a song with lyrics in both Russian and Ukrainian. No matter who wins, Eurovision 2009 should be quite a show.