Mount Ontake death toll rises to 47 after search around summit 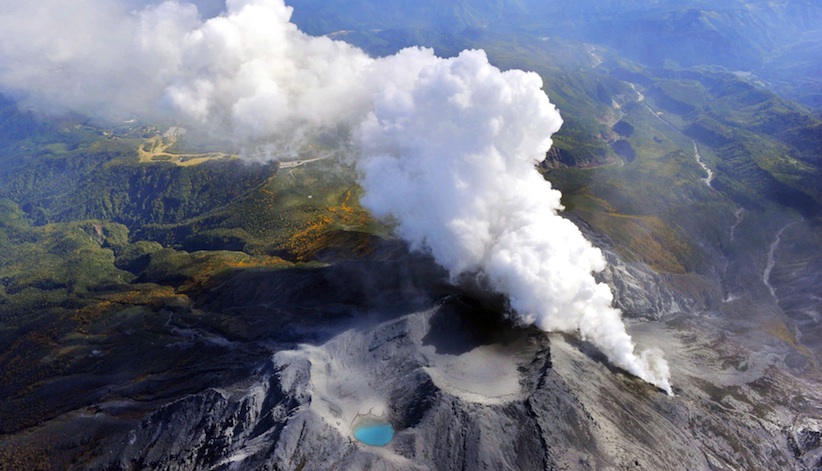 OTAKI, Japan — One body recovered near the volcano’s peak was in a squatting position and had to be dug out of a thick layer of ash. Another was caught between boulders bigger than large refrigerators. Police who recovered the bodies Wednesday portrayed a painful scene of death around the summit where hikers enjoying an autumn weekend hike were caught by the mountain’s surprise eruption.

The death toll from Saturday’s eruption on Mount Ontake in central Japan rose to 47 after Wednesday’s search, Nagano police said in a statement. Ash and gases spewed from the crater, and searchers wearing surgical masks and helmets carried devices to measure the toxicity of the gases to make sure it was safe to be on the slopes. Police apologized for saying earlier that the toll was 48, cited a miscount while carrying the bodies.

The death toll is the worst in postwar history, exceeding the 43 killed in the 1991 eruption of Mount Unzen in southern Japan.

Ground Self-Defence Forces helicopters brought the bodies to the foot of Ontake, known as one of Japan’s 100 best mountains and topped by a shrine that attracts visitors. Prefectural and police officials said most bodies were found around the summit, where many climbers were resting or having lunch at the time of the surprise eruption. Other victims were found at a slightly lower elevation that reportedly had little place to hide.

His team, part of hundreds of rescuers dispatched Wednesday, found some of the bodies outside of a lodge just below the mountaintop shrine and on a hiking trail leading to the area, Yamazaki said.

Rescuers used a special cutting machine to retrieve the body stuck between the two huge rocks, he said. They recovered four other bodies from slits between rocks.

Many victims were half-buried in the ash, others even deeper, he told reporters. Some of them were curled up in ducking positions, facing the crater to protect their heads from rocks flying out of it, while covering their face to avoid ash and fumes, Yamazaki said.

Yamazaki said rescuers retrieved all of the bodies that were visible, indicating that few, if any, people are still missing. Authorities have not released any updates on the number of missing because of conflicting initial information but have said they were checking closely.

The nearly 70 people who were injured in the eruption had bruises, cuts and broken bones in their backs, indicating flying rocks hit them as they fled down the slope. Survivors described hiding in rock crevasses or inside mountain lodges while smoke blackened the sky and ash covered the ground.

The Japan Meteorological Agency said levels of toxic gases were too low to cause health problems in distant towns, but cautioned residents that ash could cause eye irritation, particularly among contact lens users, or trigger asthmatic symptoms. In Otaki, a senior villager distributed surgical masks to the residents in the Takigoshi district Wednesday.

Before Saturday, seismologists had detected signs of increased seismic activity at Mount Ontake, one of Japan’s 110 active volcanos, but nothing signalled a fatal eruption.