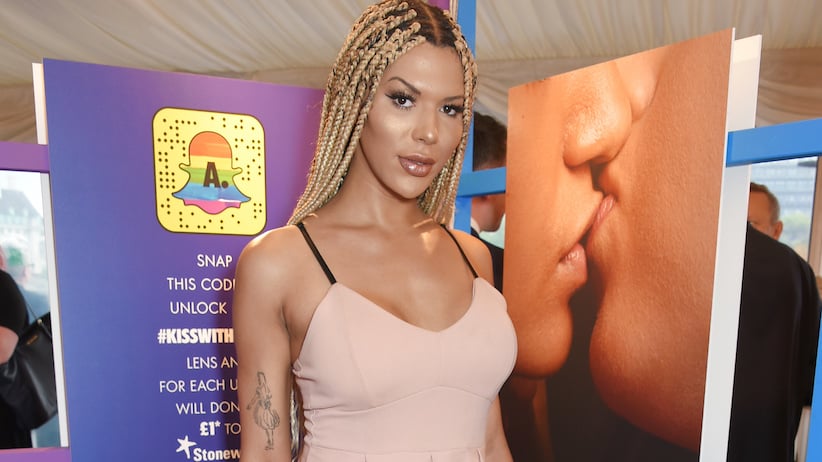 Just under three years ago, cosmetics giant L’Oreal announced the latest purchase in its long line of acquisitions across the beauty industry. Carol’s Daughter, a hair and skin care brand launched by entrepreneur Lisa Price, was wildly popular on the Home Shopping network, as well as a staple of Target’s “ethnic” cosmetic section. Carol’s Daughter offered something that L’Oreal and most of the beauty industry had been missing—an inroads with Black women. As a market segment, Black women reportedly spend $7.5 billion annually on beauty products, yet have historically been under-served by the industry. But many customers of Carol’s Daughter voiced their displeasure on social media at the time the purchase was announced. Skeptics believed that L’Oreal intended to cash in on the trend of corporate diversity awareness, while doing nothing to remedy the underlying issue of white supremacy, which among its other more violent effects, shuts people of colour out of both the marketplace and the boardroom.

Last week, L’Oreal fired Black transgender model Munroe Bergdorf—not only proving their critics correct, but bringing forward a deeper question in the Trump-era conversation on race: When the people most violently affected by white supremacy can be fired for speaking truthfully about it, what good is served by “diversity and inclusion” initiatives at the corporate level?

As a DJ, model, and trans activist, Munroe Bergdorf has long been outspoken about anti-black racism in her work. As an influencer within the U.K.’s LGBT community, as well as a popular model and Instagram personality, Bergdorf has never minced words when it comes to discussing white supremacy. Her Instagram feed, between photo shoots and internet memes, is peppered with statements against patriarchy, anti-trans bigotry, and white supremacy. Her Twitter feed is more pointed, covering everything from hate crimes to the micro-aggressions she faces in her day-to-day life.

This is who L’Oreal chose to partner with for its pro-diversity campaign—an outspoken activist whose unapologetic statements about her life experiences with white supremacy earned her the moniker “London’s own Laverne Cox” by Evening Standard writer Lucy Tobin. And at a time of international outrage at the white supremacist rally in Charlottesville, which resulted in several serious injuries and the death of anti-racism activist Heather Heyer, Bergdorf wrote a lengthy post on her personal Facebook account adding her voice to the chorus:

“Honestly I don’t have energy to talk about the racial violence of white people any more. Yes ALL white people. Because most of ya’ll don’t even realise or refuse to acknowledge that your existence, privilege and success as a race is built on the backs, blood and death of people of colour. Your entire existence is drenched in racism. From micro-aggressions to terrorism, you guys built the blueprint for this shit. Come see me when you realise that racism isn’t learned, it’s inherited and consciously or unconsciously passed down through privilege.

Once white people begin to admit that their race is the most violent and oppressive force of nature on Earth… then we can talk. Until then stay acting shocked about how the world continues to stay f–ked at the hands of your ancestors and your heads that remain buried in the sand with hands over your ears.”

A few days later, The Daily Mail picked up the post and described it as a “lengthy Facebook rant,” as well as describing Berdgorf as being “born a boy,” dropping her birth name, and mentioning the time at which she began her hormone treatment. In almost any other context, this would be seen as a rather malicious disclosure of Bergdorf’s personal life, especially at a time when international attention has fallen on the high rates of harassment and violence against trans people. And as a partner to the world’s largest cosmetics company, who acquired her services because of her reach within the intersections of trans communities and communities of colour, one might expect L’Oreal would stand up to the torrent of hate and death threats Bergdorf subsequently received. Instead, L’Oreal severed the partnership and explained the decision in a cursory tweet:

L’Oréal champions diversity. Comments by Munroe Bergdorf are at odds with our values and so we have decided to end our partnership with her.

Much ink has been spilled on the efficacy of corporate diversity programs, and why they continue to fail. Last year, a paper released by the Harvard Business Review suggested that companies would produce better results if diversity was described in more positive terms, that participation and engagement be encouraged as voluntary (rather than mandatory), and that managers be rewarded for their results, rather than lack thereof. The thesis of that paper has echoed across the corporate universe, and I’ve personally heard it repeated in diversity workshops as recently as this summer.

But this new conventional wisdom continues to speaks around the problem without ever addressing it: whether by encouragement or by perceived force, diversity and inclusion initiatives are correcting for the latent racism and inherited white supremacy of corporate decision makers with the power to hire and fire. That is, those with the ability to stand behind a Black trans woman who speaks up about the system of white supremacy that underpins the social fabric of the western world, and also the ability to fire her for speaking to that reality. This latent racism has so efficiently twisted the meaning of words like “diversity” and “inclusion” and “tolerance,” that when a Black trans woman makes a personal statement asking white people to do more to combat the social cancer their ancestors introduced, white people take offence at the thought of being called “racist,” rather than understanding that one does not have to hate minorities in order to benefit from white supremacy.

READ: The false equivalency of the criticism of the ‘alt-left’

And by failing to address this reality—a reality in which white supremacy, so efficiently systematized and invisible to even those white people who believe themselves as “good,” “colour-blind,” and even “progressive” that the current centrist discourse puts anti-racism and anti-fascist activists on the same moral plane as those who believe in genocide as a solution to racial tensions—those of us in the workplace who are most marginalized by white supremacy have more evidence to prove what we have always known. It’s what critics knew when L’Oreal bought one of the largest and most well-known brands among Black women, in an effort to vie for their consumer dollars. We are not safe in the streets, nor in our churches, nor even in our homes. We are barely more than wallets to be opened, bodies to be showcased, and problems to be swept under the rug once we’ve become too insolent and inconvenient for white comfort.

In other words, in a society which is still structured on white supremacy, corporate commitment to “diversity and inclusion” are nothing but lipstick on a pig.