What led Aaron Driver to terrorism?

Converts like Aaron Driver are statistically 'over-represented' for involvement in terrorism. But why? 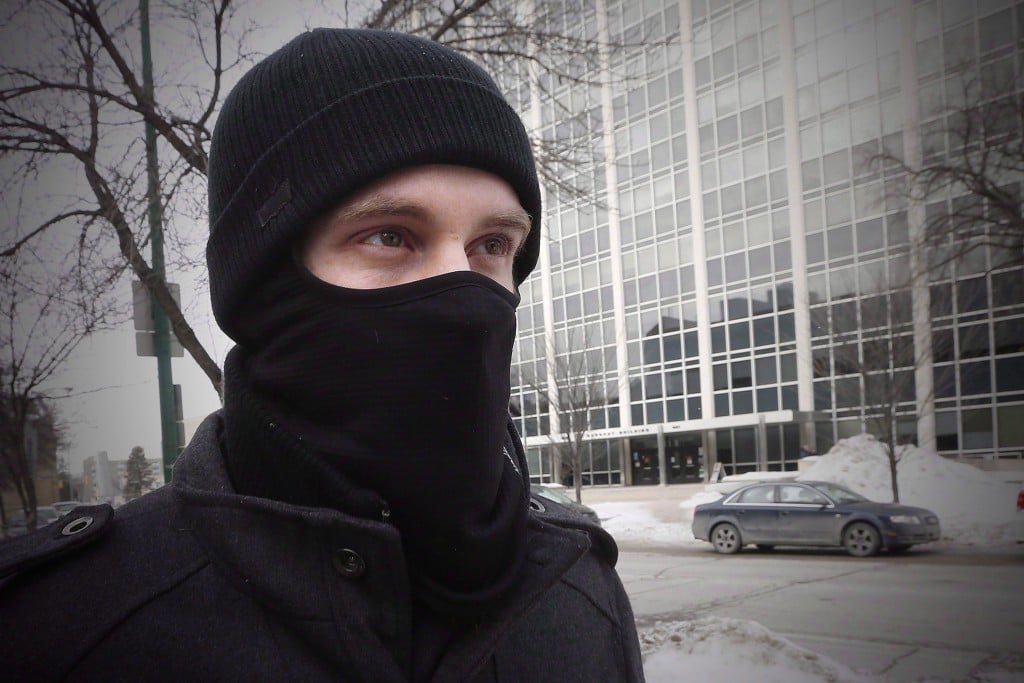 Aaron Driver leaves the Law Courts in Winnipeg, Tuesday, February 2, 2016. Terrorism suspect Aaron Driver was killed in a confrontation with police in the southern Ontario town of Strathroy. THE CANADIAN PRESS/John Woods

Back in late October 2014, not long after two successive terrorist attacks carried out by two unrelated and recent converts to Islam focused attention on the state of Islamic conversion in Canada, an exasperated imam bluntly told Maclean’s about his growing frustrations.

“We’re helpless,” Yusuf Badat, the head at the Islamic Foundation in Toronto and vice-chair of the Canadian Council of Imams, said. “We can’t see into the inner motivations of a person who wants to convert to Islam. Many of these people are coming from broken backgrounds. They’re looking for an escape.”

The phenomenon was only beginning to be understood then. A study, partly funded by Public Safety Canada, was in its early stages but even then it had found a disturbing trend: since 2013, the percentage of converts turning to violent radicalism had spiked.

“There is a trend for converts internationally to be statistically over-represented for involvement in terrorism relative to those who are ‘born Muslim,’ ” the study’s authors noted in a July 2014 working paper, “a pattern observable in Canada as well as the U.K., U.S., and Australia.”

MORE: What motivates a Canadian jihadist?

Understanding why was not yet in the scope of the study. The complexities and variables were too many to come to any measurable conclusions. The fact that the vast majority of converts not only refrained from violence but found the conversion process led to “improved sociability and higher self-esteem” only made the issue more confusing.

Nonetheless, there was a problem, the study noted. For a small but statistically significant number of converts, conversion led to violence. There were some common threads: in many cases, violent converts, as the imam in Toronto noted, came from difficult backgrounds; many, but not all, showed signs of mental instability while others struggled with drug addictions. The study’s authors, however, cautioned against drawing broad conclusions from those commonalities, noting the small sample size of their study.

A few months after the working paper was published, Michael Zehaf-Bibeau and Martin Couture-Rouleau, both converts who seemed to fit the profile, attacked and killed two Canadian soldiers in Saint-Jean-sur-Richelieu and Ottawa. Last week, another convert, Aaron Driver, a 24-year-old with a history of anti-social behaviour and drug addiction, was stopped in Strathroy, Ont., while setting off to carry out an attack.

Driver’s case is particularly interesting. If there ever is a textbook written on violent converts, he may very well be its centrepiece: a boy suffering from the death of his mother embarks on a self-destructive path replete with drugs and delinquency. In his late teens, he experiences an existential crisis after the death of his firstborn in childbirth. Searching for answers, he turns to religion and gravitates toward Islam, which offers him the clearest set of rules on how to live a spiritual life. He studies the religion on his own, on the Internet, where he is introduced to a radical narrative of Islamic suffering and retribution. It appeals to his own sense of victimhood. Lacking an alternative framework, he readily internalizes an extreme interpretation of the religion. A radical is born.

RELATED: The scary reality of terrorism in Canada

The missing piece of the puzzle is what then led him to violence. By all accounts, Driver never articulated a desire to carry out an attack of his own, not until he posted his martyrdom video a few days before he was killed. His brother, who spent an evening with him watching a movie days before the attempted attack, suspected nothing. Terrorism experts who had interviewed him were shocked by reports of his violent plans.

It seems everyone around him was doing the right things in the weeks and months that led up to his attempted attack. The police and court system did not charge him with any crimes after they discovered his radical views, opting instead to place him under surveillance and restrict his online activities, a soft approach most radicalization experts agree is important to prevent radicals from slipping deeper into extremism.

The mosque he attended in London, Ont., did not excommunicate him. “The mosque knew of his views, and chose not to turn a blind eye to the problem of violent extremism,” a statement released a day after Driver’s death read. “We engaged him with the hope of changing his views on Islam and to show him the true, peaceful nature of our religion. We constantly monitored his activities within the mosque and did our best to keep the authorities engaged with our activities.”

Fellow Muslims in the London community also engaged with the young convert, hoping to involve him in constructive community activities. None suspected he would turn to violence.

It was the kind of proactive response to radicalization experts have been calling on for years. Amarnath Amarasingam, a radicalization expert at the University of Waterloo who spoke to Driver on numerous occasions, notes that the London mosque Driver attended in particular is sensitive to converts’ needs. It employs a “buddy system” to help new Muslims adjust to life in their new community. But Driver arrived late into that welcoming atmosphere, he says.

“When he went to Winnipeg shortly after he converted, he was more isolated,” Amarasingam adds. “There was something in his conversion that both centred him and decentred him. He didn’t have a community [in Winnipeg], except this online community. They appealed to his need for belonging.”

According to Scott Flower, the co-author of the 2014 working paper on conversion in Canada, being part of a supportive community is a key element of preventing young converts from turning to radical ideologies. But in Canada, they face an unwelcoming milieu.

“Converts are disconnected from mosque communities usually because they are from a different ethnic background,” he noted during a July 2015 workshop on conversion in Ottawa. “Most mosques are Pakistani, Turkish, Saudi or whatever, and converts are not being accepted into those communities. So they are outsiders.”

Badat agreed. “Mosques are the frontline institutions in the Muslim community,” he told Maclean’s in 2014.  “But most mosques are run by volunteers. Some do have formal procedures in place where a new convert recites the proclamation of faith in front of the congregation and is accepted into the community of Muslims. We need more of this.”

Would that have made a difference for Driver? We’ll never know. What’s clear is that the conversion process in itself did not drive him to violent radicalism. It was everything else that came before and after. Now comes the difficult task of figuring out what to do about it.