William and Kate have to pick a baby name that will be both modern and historic. No pressure then. 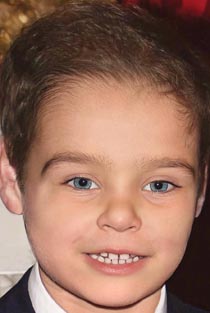 The minute the pregnancy was announced, bookmakers started taking bets on what name William and Kate would choose. Since this baby will eventually carry the title of “Queen” or “King,” a few names can be immediately nixed. The traditionalist couple won’t pick anything celebrity-like, so no Peaches or Apple or Blue Ivy for the Windsors. And though Diana will likely be honoured as a secondary name if it’s a girl—Charles and William each have four given names—her public campaign to stop Charles from becoming monarch makes it unlikely she’ll get top billing. Though William adores his granny, Elizabeth is probably out for two reasons: there have already been two British Queen Elizabeths in the last century: the current monarch and her mother. Furthermore, the Belgian heirs snagged the name for their future queen. So here are some early guesses.

William and Kate adore his 91-year-old grandfather, Prince Philip, who’s been the Queen’s “rock” for 65 years

A close school friend of William and Harry, Henry van Straubenzee was killed in a car accident in 2002. The moniker is also the official name of Prince Harry.

Kate’s father, Michael Middleton, is the quiet heart of her solidly middle-class clan. William is famously close to his father-in-law.

For a couple educated at a Scottish university, what better name than that of James VI of Scotland, who united his throne with that of England in 1603?

He might have lost a lot of royal power in 1215, but by signing the Magna Carta, King John was instrumental in creating the foundations for Western democracy

The beautiful, deaf wife of King Edward VII, Alexandra of Denmark captivated Britain and became a devoted patron of charities

The affection between William and Kate and the Queen’s daughter, Princess Anne, could be seen during the Olympics. Her children are close to their Wales cousins.

The Queen’s grandmother, Queen Mary, was the consort of George V. Notoriously stiff and reserved in public, she was adored by Elizabeth.

England loved Princess Charlotte, who was expected to be queen after her father, George IV. Her death, during childbirth, plunged the nation into deep mourning.