Despite his policy and pronouncements about gender equality, Narendra Modi makes a bad gaffe 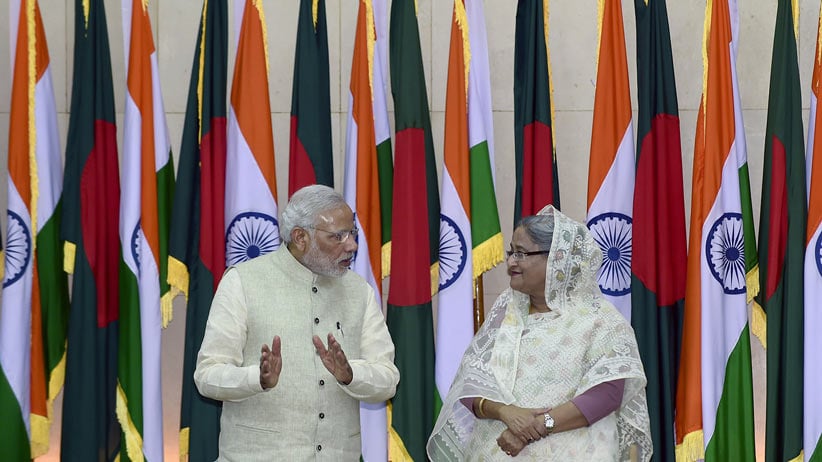 Things were going so well for Indian Prime Minister Narendra Modi during his visit to Canada in April, he probably should have stayed here. Instead, he’s flown off to Bangladesh and stuck his foot in his mouth by complimenting Bangladeshi Prime Minister Sheikh Hasina for her courage to confront terrorism “despite being a woman.”

The examples of former British prime minister Margaret Thatcher and her Israeli counterpart Golda Meir—hardly complacent leaders in the face of terrorism—must have slipped Modi’s mind, and now he’s become the target of much online mockery. “DespiteBeingAWoman” has trended as a hashtag on Twitter, where users are bragging about their ability to accomplish tasks such as using the Internet and eating breakfast—despite being women. Others reminded Modi of strong Indian women, including one of his predecessors as prime minister, Indira Gandhi, and Noor Inayat Khan, an agent with Britain’s famed Special Operations Executive during the Second World War.

Modi’s tone-deaf comments stand out in sharp contrast to some of his previous initiatives and public statements regarding gender equality and women’s rights. When he was chief minister for Gujarat, Modi auctioned off gifts he received and used the money to fund programs helping girls in the state get an education. Last year, during his first Independence Day speech as prime minister, Modi addressed the issue of rape and urged parents to police the behaviour of their sons, instead of simply limiting the freedom of their daughters in an effort to keep them safe. He’s also condemned the disproportionate abortion of female fetuses, which has resulted in a gender imbalance in the country.

Modi has frequently travelled outside India since becoming prime minister, visiting at least 19 foreign countries. He’s keen to attract foreign investment and to bolster India’s image and clout in the world, especially as a counterbalance to China.

Indians seem generally pleased with him so far. A Times of India-Ipsos poll published in May revealed a majority of respondents rated his performance as “very good” or “somewhat good.” But a gaffe like this can hurt. Modi can only hope India’s female voters, despite being women, will forgive him.