Newsmaker of the day: Chai Jing, the Chinese advocate who could 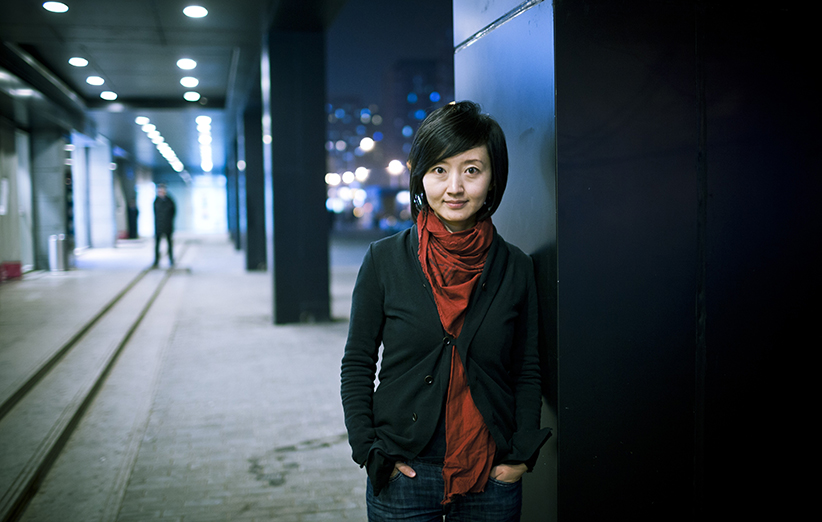 In North America, much is made over “breaking the Internet.” Often, it’s hyperbolic (see: Kim Kardashian’s rear end); usually, it’s something ephemeral and/or stupid (see: the blue/black/white/gold/whatever dress). But we’ve got entire sites devoted to spotting viral items and retreading them to the click-baited masses simply on account of their social-media profusion.

So it’s strange that there isn’t too much being said about a Chinese journalist who has managed to actually batter down the doors of the Internet, and over a worthy cause, to boot. This weekend, Chai Jing, a 39-year-old filmmaker renowned in China, released Under the Dome, a movie that took aim at China’s disastrous environmental policy that has covered the country with thick smog; for half the days of the year, the outdoors for many Chinese people are a toxic soup. The particulate matter in China’s air, according to Chai’s independent measurements, recorded levels of 305.91—more than four times the already-high health target set by the government. And it’s working: The movie—a series of plaintive anecdotes with Chai stalking a stage like Tim Cook announcing a new iPhone—racked up 100 million views in just a couple of days.

In one early and moving moment, Chai recalls interviewing a child who told her she had never seen a star, or the blue of the sky. According to a translation:

When I was interviewing this little girl back in 2004, I could not imagine that what this girl described would become the world that my daughter will be living in. This is Beijing in 2014: Only when the weather is good enough, I take her out.

Of course, hundreds of millions of views is not usually how it goes for Chinese activists. From the artist Ai Weiwei to the poet Liu Xiaobo, those who speak out against the government are often jailed, exiled, or worse, and citizens who manage to become close to the government are criticized for failing to adequately roil the system. “I live in one of the most extreme political societies of the world, and it sees freedom of expression as an enemy of the state,” Ai once told me in an interview.

But this comes on the heels of a November climate agreement between the United States and China—the two largest producers of greenhouse gases—to tangibly reduce pollution levels. And despite Under the Dome’s no-holds-barred criticism of the country’s toothless policy, China has actually voiced its approval: Chai received the public support of the minister of environment, and it’s been endorsed and shared by state media outlet Xinhua, and by the government on major Chinese social platforms such as Weibo.

To a certain extent, you have to wonder what caused this paradigm shift in the Chinese government. President Xi Jinping has his hands full with his anti-graft campaign, which some see as an effort to ascertain a chokehold on power; it is possible that the environmental advocacy constitutes a calculated appeal to the people. There is, after all, only so long you can claim that the haze in the air is just fog (that happens to hurt your throat). If that’s the case, it’s clear he’s found the right chord to strike.