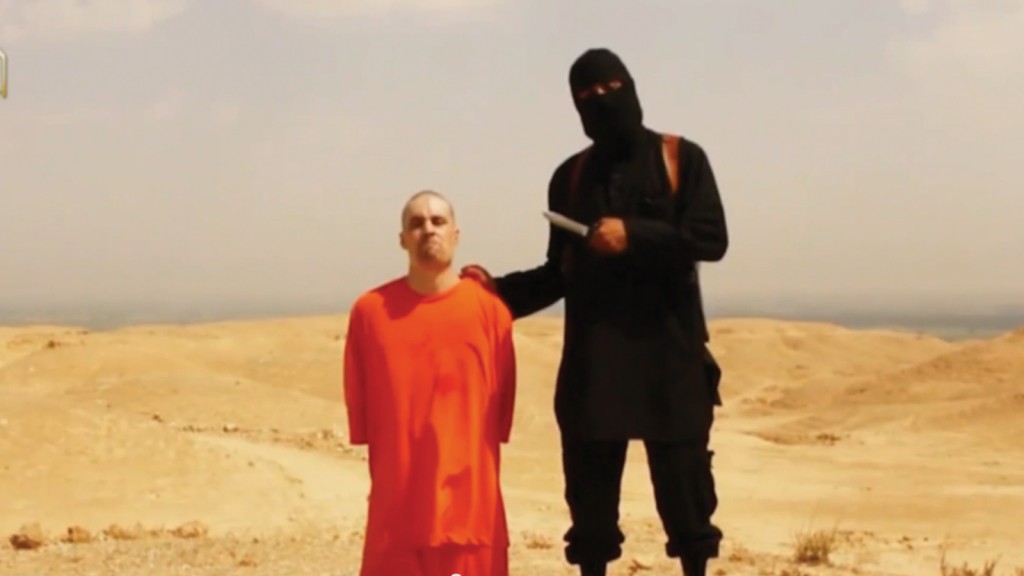 Screen shot from a video of slain journalist James Wright Foley and a member of ISIS nicknamed ‘Jihadi John.’

In August, the British ambassador to the U.S., Sir Peter Westmacott, told NBC’s Meet the Press that they were “very close” to identifying the voice of a man nicknamed “Jihadi John,” the lean, British executioner seen in Islamic State’s brutal beheading videos. By the hand of Jihadi John—a name given to him by his captives—seven people have been killed, including journalists James Foley, Steven Sotloff and Kenji Goto.

On Thursday, the Washington Post reported that they had finally gotten their man. Mohammed Enwazi was born in Kuwait but was brought up in comfortable West London, when he became disillusioned by his mistreatment. Friends who were interviewed by the Post identified his voice from the video, and said that his radicalization began after graduating university, during a safari in Tanzania, where he and friends were detained by security. He was allegedly detained twice again by officials who believed he was going to commit terrorism with the group Al-Shabaab; in the latter instance, he was allegedly prevented from taking a job and marrying a woman in Kuwait, which was the last straw for Enwazi, who felt persecuted, the Post says.

“I feel like a prisoner, only not in a cage, in London,” he wrote in a 2010 email to Cage, a U.K.-based group that campaigns against the war on terror. “A person imprisoned & controlled by security service men, stopping me from living my new life in my birthplace & country, Kuwait.” He abruptly moved to Syria in 2012.

Just how much it really matters that we’ve unmasked this cold-blooded killer bears considering; even if Enwazi is killed in the conflict, it seems unlikely that beheadings would end. This is, by and large, symbolic. Still, in a fight still shrouded in mystery against a horrible, seemingly steadily growing force, there is something to be gained from knowing the face of at least one enemy, and to know that their front is not impermeable.