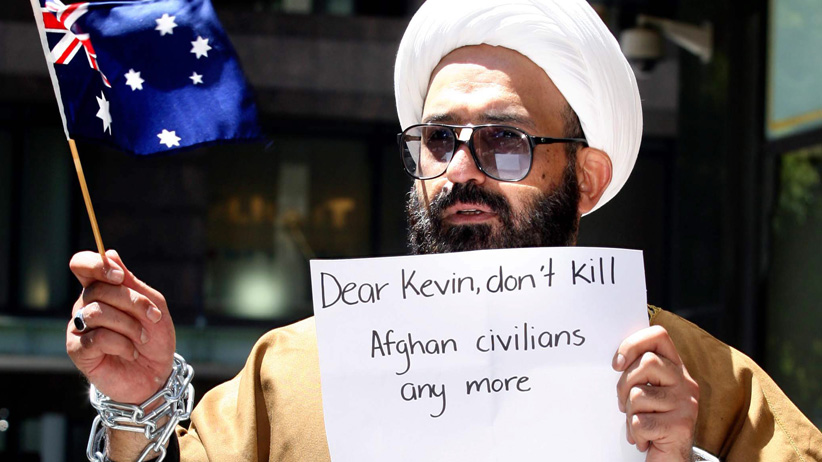 Man Haron Monis, the man identified as the hostage-taker who held more than a dozen people captive in a café in Sydney, Australia, was evidently disturbed and allegedly violent, well before Australian security forces put an end to the siege he started by storming the café early on Tuesday morning.

The Iranian refugee and his current partner, Amirah Droudis, were charged as accessories to the murder of his ex-wife, Noleen Hayson Pal, last year. Both were released on bail.

The two had earlier sent offensive letters to the families of Australians killed in Afghanistan. Monis pleaded guilty to charges related to the letters and was sentenced to community service last year. It appears he was not remorseful, claiming after his guilty plea that, from then on, he would “advise people not to kill children” without using the postal service.

He had also been charged with numerous sex crimes, including indecent assault and aggravated sexual assault.

Monis had appeared in public dressed as a sheikh. According to press reports, he also claimed to be a “spiritual healer.” It’s unclear if he actually ever led prayers at a mosque, or had any formal affiliation with a religious institution.

It seems even his own faith changed. According to the British broadcaster Channel 4, citing Monis’s website, he appeared to have recently converted from Shia to Sunni Islam.

“I used to be a Rafidi, but not anymore,” he reportedly wrote on his website last month, employing a slur that means “rejecter” and is sometimes used by fundamentalist Sunnis use to describe Shias.

“Now I am a Muslim, Alhamdu Lillah [all praise and gratitude to God].”

Hostages in the café were forced to hold to the window a black banner with the Muslim shahada, or declaration of faith, inscribed in Arabic on it. The shahada can be translated as: “There is no god but God. Muhammad is the messenger of God.”

A flag with the shahada written in white on a black background has been used by a variety of Islamist groups around the world, including the Taliban, al-Qaeda and Jabhat al-Nusra.

According to Maajid Nawaz, a former activist in Hizb ut-Tahrir who now campaigns against Islamism, the banner is now used “exclusively” by such organizations.

Islamic State, the jihadist group that controls large chunks of Syria and Iraq, recently called for attacks against Western targets, including in Australia. Its flag also features white on black writing but is different than the one displayed in the Sydney café. According to press reports, one of Monis’s demands was a proper Islamic State flag.

He never got one. After more than 16 hours, Australian commandos stormed the café amid what sounded like sustained gunfire or explosions. Unconfirmed local media reports said Monis and one other person are dead. [Update: Australian police say three people died, including the gunman.]