Newsmaker, Feb. 4: The Egyptian judge—known for wearing sunglasses on the bench—sentences 230 protesters to life in prison 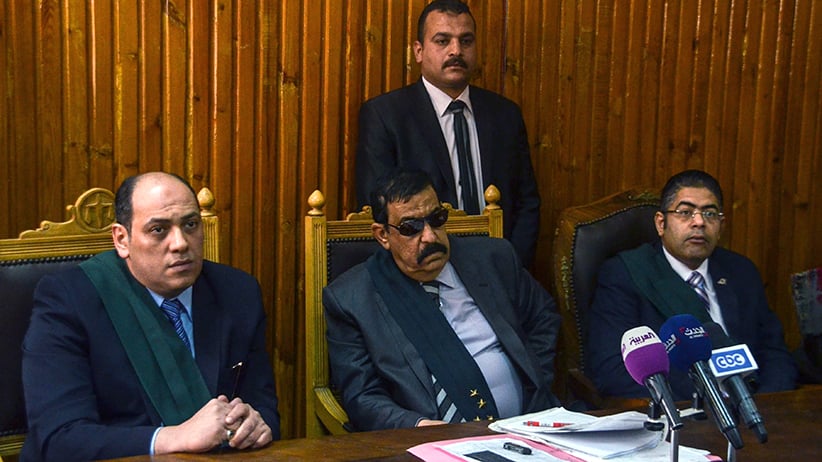 It hasn’t always been easy to tell exactly who in Egypt holds the power. But that wasn’t the case today, when judge Mohammed Nagi Shehata made his might known by sentencing 230 people to life in prison. The court found the convicted—which included activist leader Ahmed Douma as well as 30 minors with 10-year sentences—guilty of clashing with police during the 2011 mass protests that ousted then-president Hosni Mubarak.

The sentence is the harshest yet against secular Egyptian Arab Spring protestors, but it’s hardly the first time Shehata, who wears dark sunglasses on the bench, has dealt out such a brazen decision. Last June, the judge convicted three Al-Jazeera journalists, including Egyptian-Canadian Mohamed Fahmy (whose release is said to be imminent), on terrorism charges, saying they’d been “united by the devil” to destabilize Egypt. And, last week, he sentenced 183 alleged supporters of former president Mohamed Morsi to death for the killing of 15 police in a 2013 attack amid violent protest camp clearings.

Egypt’s lawyers’ union has boycotted Shehata’s court, accusing him of “terrorizing” defence teams, failing to respond to lawyers’ demands and issuing politically motivated verdicts. It’s all familiar behaviour in a court system that’s overwhelmed by countless similar trials. Shehata’s recent decision may be the most egregious, but it’s just one in a wave of severe blanket sentences that the country’s judges have issued against protestors and government critics, whether secular or Islamist.

Douma’s defence team, for one, isn’t surprised by the most recent ruling. “The judge is driven by personal and political motives that shed light on the degree of impartiality of the Egyptian judiciary,” lawyer Mohamed Abdel-Aziz told the Associated Press. “All talk about the independence of the judiciary is baseless.”