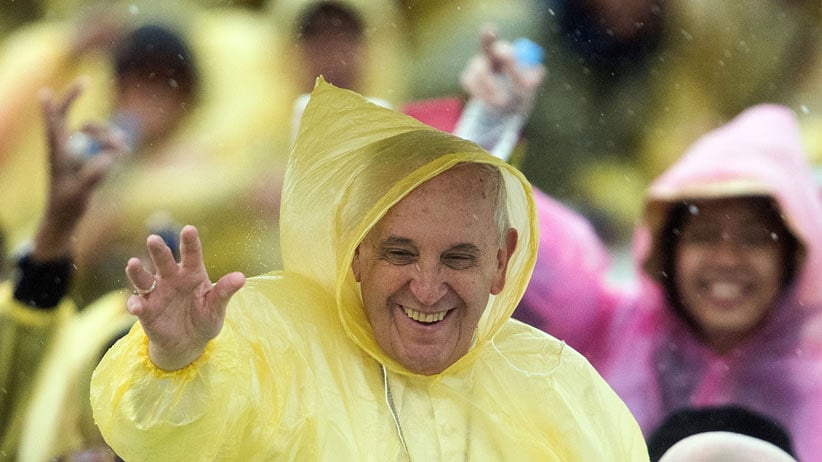 Pope Francis is poised to move the Roman Catholic Church, in the cause of socio-economic justice, into the thick of the climate-change wars. Even if the final text of his encyclical Laudato Si or “Praised Be” (from a prayer by St. Francis of Assisi), set to be released by the Vatican on June 19, differs in some details from the version that was leaked this week, the overall direction is clear. Indeed, the press conference set for that day will feature, among others, Cardinal Peter Turkson, President of the Pontifical Council for Justice and Peace, and Canadian activist Naomi Klein, author of This Changes Everything: Capitalism vs. Climate. The presence of Klein, a non-Catholic, also signals Francis’s belief that response to the potential effects of climate change is not only a matter of Catholic faith and morality. “Faced with the global deterioration of the environment, I want to address every person who inhabits this planet,” runs the leaked version of Laudato Si.

The encyclical asserts that global warming is real and overwhelmingly man-made. What stands in the way of a solution to a crisis that threatens hundreds of millions, particularly in the poorer parts of the world, is human attitudes, including “the violence that exists in the human heart,” the pontiff wrote. “We have grown up thinking that we were owners and dominators [of the Earth], authorized to loot her.” Neither denial of what is coming nor “blind faith in technical solutions” such as carbon credits will provide much help, Francis continues. What is required is a massive change in lifestyle and technology transfers from the developed to the developing world.

Given Francis’s sky-high popularity, particularly among Catholics in the developing world, the Pope’s forthright encyclical was widely seen as momentous. Some right-wing voices in the U.S. reacted with hostility—many referring to “a war on capitalism”—for the same reason environmental activists seeking to bolster the international climate negotiations set for Paris in December welcomed the Pope’s words. Francis might “reach people who haven’t thought about this,” according to Mindy Lubber, president of Ceres, a non-profit group that works with more than 100 companies with investments totalling $13 trillion to address climate risks to their business.

As for Klein, the encyclical is part “of the huge shift in the level of engagement in the issue” she says she has seen in the last few years. “I’m going to the Vatican,” Klein says, with a note of surprise in her voice, “to share a press conference with Cardinal Turkson. That’s something I never thought I’d say—so something is definitely changing.”