Why Stephen Harper has nothing on Australia’s prime minister, who has demanded no front-bencher venture onto a popular interview show 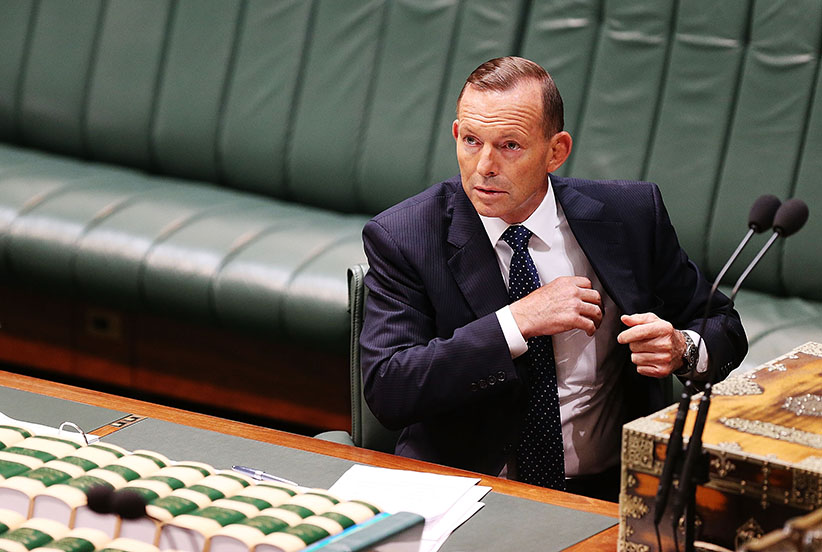 Zaky Mallah is best known in Australia as the first person accused under that country’s anti-terrorism laws in 2003. Now, the self-proclaimed “acquitted ‘terrorist,’ Muslim activist and media critic” is also known as “Mr. Pot Stirrer,” a moniker he shared with his 1,522 Twitter followers in late June after a controversial appearance on the public broadcaster’s popular television show Q&A.

Mallah, apparently outraged by proposed citizenship laws that would strip convicted terrorists who hold dual citizenship of their Australian passports, said the Liberal party was the reason members of the Australian Muslim community would join Islamic State. That outburst has caused a massive headache for the Australian Broadcasting Corp. (ABC). Liberal Prime Minister Tony Abbott banned cabinet ministers from appearing on Q&A, accusing the ABC of betraying the country. “They’ve given this disgraceful individual a platform and, in so doing, I believe the national broadcaster has badly let us down,” Abbott told a press conference.“I think the ABC does have to have a long, hard look at itself, and answer a question which I’ve posed before: Whose side are you on?” He was also widely quoted as calling the program, which hosts political figures and has them field audience questions, a “lefty lynch mob.”

On Monday, the office of the prime minister cancelled a planned appearance by Minister for Agriculture Barnaby Joyce on Q&A. “The prime minister has communicated that he does not want any front-bencher to appear on Q&A,” a spokesperson for Joyce told the Sydney Morning Herald. Communications Minister Malcolm Turnbull is slated to appear on the show next week, but it’s unclear whether he will be permitted to attend.

The broadcaster is reviewing the program, and has said that producers were aware of Mallah’s criminal past, but not more recent comments on social media that have been described as misogynistic.

The citizenship laws in question are similar to those under Canada’s Strengthening Citizenship Act, which came into effect this spring. And, like Prime Minister Stephen Harper, Abbott has been accused of trying to control information by demanding ministers get PMO approval for media appearances.

Abbott has called Harper “a beacon to centre-right parties around the world,” and is known to see his Canadian counterpart as something of a mentor. While many of the two countries’ policies align, Canadian cabinet members, at least, sometimes still make the odd TV appearance.