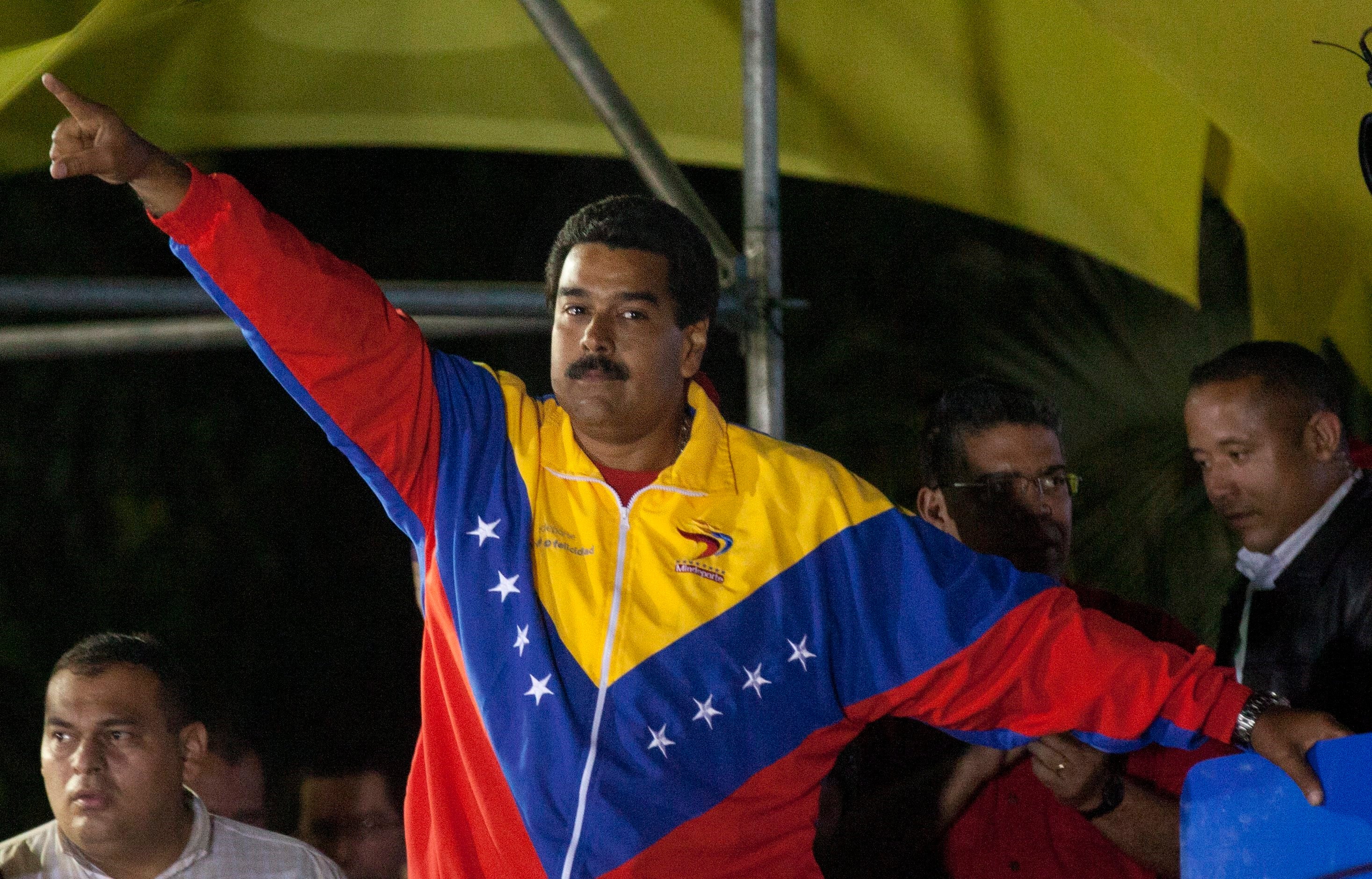 Maduro spoke with the Pope in a private meeting on his way back to Venezuela following a tour of oil-producing nations of the Middle East.

As news of the surprise papal meeting surfaced, back in Venezuela Monsignor Emil Paul Tscherrig, who Francis dispatched to Caracas in a bid to jumpstart dialogue between the government and the opposition, announced that representatives of the two sides would meet on Oct. 30 in the Venezuelan island of Margarita under the auspices of the Vatican and the Union of South American Nations.

“It’s important to have light, a lamp to guide us through this tunnel of a fight that we’ve entered,” opposition alliance chief Jesus Torrealba said prior to his meeting with the Swiss-born Tscherrig, the Vatican’s representative to Francis’ native Argentina. “We’re embarking on a process of struggle that will be complex and difficult.”

When Maduro arrives back to Venezuela in the coming hours he’ll be stepping into a political crisis months in the making but that had yet to erupt before he went abroad. Shortly after he left Thursday for Azerbaijan, electoral authorities suspended a recall referendum seeking his removal, prompting the opposition-controlled congress to call for mass demonstrations and declare that the government had carried out a coup.

The Vatican said the pope urged Maduro to courageously take the path of “sincere and constructive dialogue” to alleviate the suffering of the Venezuelan people, especially the poor. He called on Maduro to promote a climate of renewed social cohesion that would allow everyone to look to the future with hope, the Vatican said in a statement.

It’s not clear how much influence the Vatican has in bringing the two sides together. The opposition is promising a large protest on Wednesday and as soon as the meeting was announced socialist strongman Diosdado Cabello was already accusing his opponents of using the dialogue as a smoke screen to hide its intent to violently force Maduro from power.

Tscherring said the talks scheduled for next week are aimed at building confidence and a mechanism for peacefully resolving disputes. As such, he said the two sides had agreed to work together so that demonstrations in the coming days are safe and peaceful.

The decision to halt the referendum process scuttles the opposition’s best chance of peacefully removing Maduro from office before his term ends in 2019. Polls show three out of four Venezuelans want Maduro to leave office this year, blaming him for a collapse in living standards caused by triple-digit inflation and widespread food shortages.

Many of Venezuela’s neighbours are also expressing concern. On Friday, 12 nations, including the U.S. and even leftist-run governments like Uruguay and Chile, issued a statement saying the referendum’s suspension and travel restrictions on the opposition leadership hurt the prospect for dialogue and finding a peaceful solution to the nation’s crisis.

On Monday, the presidents of Argentina and Uruguay said they would meet with the other two members of the Mercosur trade bloc—Brazil and Paraguay—to decide whether Venezuela should be expelled for breaking the group’s “democratic clause.” Venezuela joined Mercosur in 2012, fulfilling a long-held dream of Maduro’s mentor, the late Hugo Chavez, of uniting the region’s most-powerful agricultural and energy markets.

“If you read the declaration by (the Venezuelan) congress, it’s more than clear that all the reasons are there to carry out the democratic clause,” Argentine President Mauricio Macri told a news conference with Uruguayan President Tabare Vazquez.