Amidst rampant corruption, lawlessness and a chaotic election, comes a moment of hope in Africa's most important nation 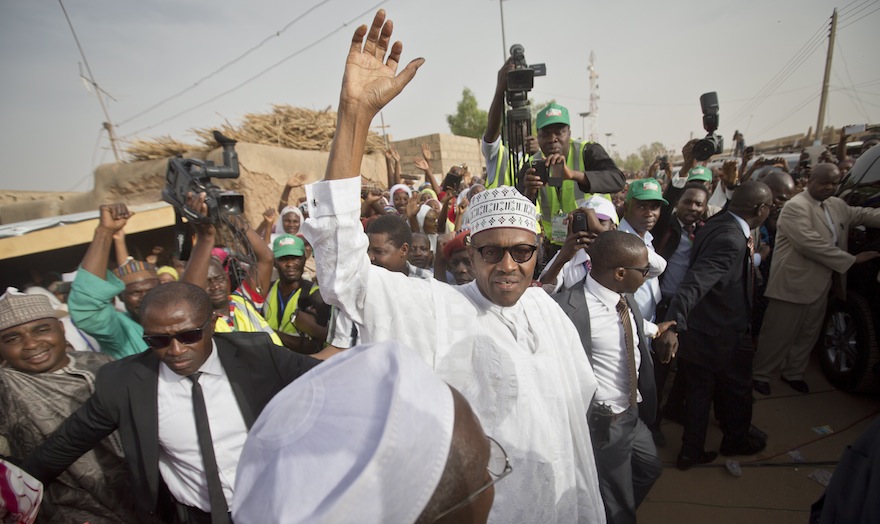 The greatest historic changes can sometimes be disguised as the most ordinary moments. A distracted scientist accidentally switches vials in the lab or a frustrated woman simply sits at the front of a bus and, after that, everything is different.

We just witnessed this in Nigeria, when a short telephone call from one politician to another marked a new era in Africa.

Although it went mostly unnoticed in the West, one of the largest countries in the world held a pivotal election this week. Nigeria is Africa’s most populous country. It already has more people than Germany, France and Canada combined, and its population is expected to surpass the European Union’s within the next 35 years.

It is also Africa’s largest economy. Nigeria has a GDP per capita that rivals India and is blessed with more oil reserves than the United States. It receives more foreign direct investment than any other country on the continent. Its bilateral trade with Canada alone amounts to more than $1 billion annually. As an indicator of its new affluence, Bombardier is one of Canada’s largest exporters to Nigeria, which is the world’s second-fastest-growing market for luxury private jets, behind only China.

This is not to say Nigeria is doing especially well. It is perennially ranked among the world’s most corrupt nations. It has become a byword for lawlessness and fraud. In fact, most of our email inboxes contain messages from putative Nigerian princes, promising us millions if we would simply share our bank account details. It has a murder rate more than 12 times higher than Canada’s and, by some measures, Nigeria is considered one of the most crime-ridden countries in the world.

Worse, Nigeria’s lawlessness is increasingly spilling over its borders. There is no more evocative indicator of a failing government than the rise of piracy. When order collapsed in Somalia, the Horn of Africa became almost unnavigable to shipping and fishing vessels. But now, the Gulf of Guinea is more pirate-infested than even Somali waters. These are Nigerian criminals, sailing from Nigerian ports, largely unhindered by the Nigerian navy. In fact, four months ago, pirates even hijacked a military gunboat, killing all on board and sailing away with their prize.

Nigeria’s biggest security problem is Boko Haram, an Islamist militant force allied with Islamic State and al-Qaeda. It has badly disrupted Nigeria’s north, destroying schools, killing civilians and raiding neighbouring countries to destabilize the region. Even after the globally publicized kidnapping of more than 200 schoolgirls in October of last year, the Nigerian military was unable and apparently unwilling to mount a serious counteroffensive. Out of frustration, Chad and Niger, two much smaller neighbours, took the remarkable step of sending their own forces into Nigeria, to neutralize Boko Haram on its home turf.

Many of these problems fall at the feet of Goodluck Jonathan. An academic and governor from Nigeria’s Christian south, Jonathan became president in 2010, promising electricity, transparency and reform. He was often heard echoing these themes to receptive world leaders at G20 meetings and Davos, where his black fedora made him easy to spot in a crowd. But while he presided over a rapidly expanding economy, Jonathan failed to invest in infrastructure. Billions of dollars in oil revenues disappeared, and endemic corruption rotted out government institutions and the military.

Therefore, when Nigerians were given the opportunity to participate in a genuinely free and fair election, it is understandable why Jonathan’s People’s Democratic Party found itself in second place.

What is remarkable, though, is who won. Muhammadu Buhari, a Muslim from the north, leads the socialist All Progressive Congress party. He has been a perennial candidate for president, losing several previous elections by wide margins. Prior to entering politics, he was an officer in the Nigerian army. In 1983, when he held the rank of major-general, Buhari overthrew the elected government and installed himself as head of state. His reign was mostly distinguished by its human rights abuses, until Buhari, too, was toppled by another Nigerian general two years later.

Which brings us to the telephone call. In spite of the widespread disorganization, rampant corruption and a violent insurgency that threatened to disrupt the vote, the Independent National Electoral Commission presided over what most observers considered an honest election that gave Buhari the presidency.

But Nigeria has never experienced a stable democratic transition. In fact, this is so rare across Africa that philanthropist Mo Ibrahim established a $5-million prize for democratically elected leaders who voluntarily leave office. (There have been only four winners across the continent in the last seven years.) Many expected Jonathan to scream fraud, to cling to office, or worse.

What no one expected was a civil phone call, shortly after the results were released, from Jonathan to the former coup leader, Buhari, congratulating him on his victory. Innocuous, but also momentous, it was a hopeful and important milestone on Nigeria and Africa’s much-delayed progression toward democracy and stability. As many commentators have noted, Jonathan’s final act as president was also his finest.