No end in sight for havoc of Icelandic volcano

Planes are indefinitely grounded, and this eruption could trigger a larger volcano nearby 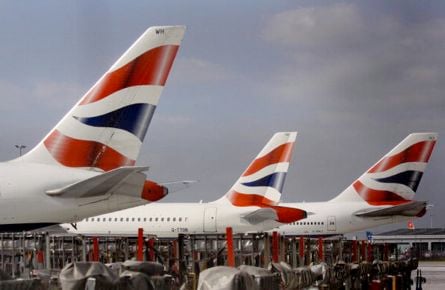 The Icelandic volcano eruption that has thrown the entire European airline industry into crisis this week—when a massive cloud of ash forced the shutdown of airspace over the Continent—has actually been brewing for several months. After nearly 200 years of lying dormant, the volcano beneath the Eyjafjallajökull glacier on Iceland’s southern coast began to rumble to life last December. The first sign of trouble was a series of earthquakes that suggested that magma, the molten rock beneath the Earth’s crust, was on the move. Then, late in the evening on March 20, a fissure opened up on the side of the glacier, spewing fountains of lava into the air.

The eruption, initially a tourist attraction, quieted down after a few weeks. Then, on Wednesday evening, an explosion—the result of built up pressure—sent a massive plume of volcanic ash some six kilometres into the atmosphere. As the cloud of fine particles drifted over Northern Europe, authorities took the unprecedented step on Thursday of cancelling flights in and out of the United Kingdom, while flights in and out of several Scandinavian countries were also scrubbed, leaving thousands of travellers stranded. The concern is that the powdery volcanic ash, which can be difficult to see with the naked eye and doesn’t show up on weather radar systems, can clog up the engines of jet airplanes causing them to malfunction or stop working entirely. By Friday, the situation hadn’t improved much as the ash cloud began to drift south, with some 17,000 more flights expected to be cancelled.

It’s difficult to tell how long the unusual—and hugely expensive—situation will last. It all depends on how long the volcano continues to erupt and whether there is a change of wind patterns over Europe to disperse the cloud. It’s also possible that the worst may not be over. Some scientists are worried that the eruption could trigger another, larger, Icelandic volcano nearby, called Katla. “The maximum flow in glacial bursts caused by Katla can be 50 or 100 times more voluminous than what we have seen,” Helgi Björnsson, a glaciologist, told the magazine Iceland Review. “There are eruption channels between Eyjafjallajökull and Katla and magma could shoot into the Katla volcano. Katla might only need a nudge.”

The International Air Transit Association says the current shutdown of European airspace is costing the global airline industry about $US200 million a day. That includes lost revenues and the cost of rebooking and rerouting passengers. Peter Fitzpatrick, a spokesman for Air Canada, said the airline had cancelled a total of 56 flights over the past two days. He said he had no idea when the airline would be able to resume normal service to Europe. “There’s two things here: the wind and the other is the volcano,” he said. “They both need to change before we can get going again.” Nervous investors have begun selling their shares of several major European airlines for fear that the financial fallout from the volcanic eruption—estimated by some to be upward of US$1 billion when it’s all over—could push an industry already grappling with a global economic downturn to the edge.

Predicting how long it will take for the volcanic activity to subside is notoriously difficult. It could be a few days, weeks or even longer. The last eruption at Eyjafjallajökull, in 1821, carried on in fits and starts for more than a year. The bad news for airlines is that the volcano lies near the path of one of the world’s busiest flying routes, the transatlantic corridor between Europe and North America. Even sporadic, small eruptions over an extended period could wreak havoc with airline schedules.

While it may be difficult for frustrated travellers to grasp the danger—the menacing cloud shows up in the sky mostly in the form of vivid sunsets—there are good reasons for being cautious. In 1982, a British Airways flight en route to Australia flew into a cloud of volcanic ash over Indonesia. The pilots had no idea what had happened as sparks began to fly off the aircraft’s leading edges. Then the Boeing 747’s engines began to cut out one-by-one over the ocean, turning the mammoth machine into a gradually falling object. That’s when Captain Eric Moody used the plane’s public address system to try and calmly inform the 263 passengers of Flight 009 of the terrifying circumstances. “Ladies and gentlemen, this is your captain speaking. We have a small problem. All four engines have stopped. We are doing our damnedest to get it under control. I trust you are not in too much distress.” Fortunately for everyone on board, Moody put the plane into a nosedive in a bid to compensate for the falling pressure in the plane’s cabin. By doing so, he pushed the jumbo jet down into the heavier air of the lower atmosphere and unwittingly helped to purge the engines of the clogging ash. The plane later made an emergency landing. A similar incident occurred in 1989 when a KLM flight en route to Anchorage flew into a cloud of ash that was spewed in the air during an eruption of Alaska’s Mount Redoubt. The 747 also managed to restart its engines and land safely.