Charts: A look at the how North Korea's missile capability has ramped up under Kim Jong-un, putting the continental U.S. at risk of a nuclear strike 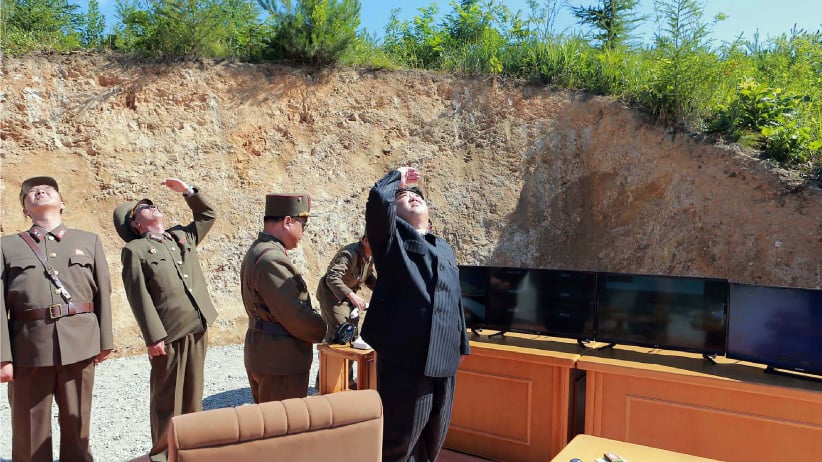 In his New Year’s address, North Korean leader Kim Jong Un made an authoritative statement: He has finished building his country’s nuclear arsenal and is ready to use it.

“The U.S. should know that the button for nuclear weapons is on my table,” he said during his speech, according to the Associated Press. “The entire area of the U.S. mainland is within our nuclear strike range . . . The United States can never start a war against me and our country.”

True to form, the next day, President Donald Trump reacted on Twitter, calling his button “much bigger” and “more powerful”.

North Korean Leader Kim Jong Un just stated that the “Nuclear Button is on his desk at all times.” Will someone from his depleted and food starved regime please inform him that I too have a Nuclear Button, but it is a much bigger & more powerful one than his, and my Button works!

Regardless of who has the bigger button, one thing is undeniable: North Korea’s nuclear capacity reached an all-time high in 2017.

The James Martin Center for Nonproliferation Studies, a nongovernment organization out of the Middlebury Institute of International Studies in Monterey, California, records all missiles launches in it’s North Korea Missile Test Database.

Here’s a look at how North Korea’s missile program has grown over time:

A missile tested at the end of November traveled nearly 4,500 kilometers into the air, landing 950 kilometers away. 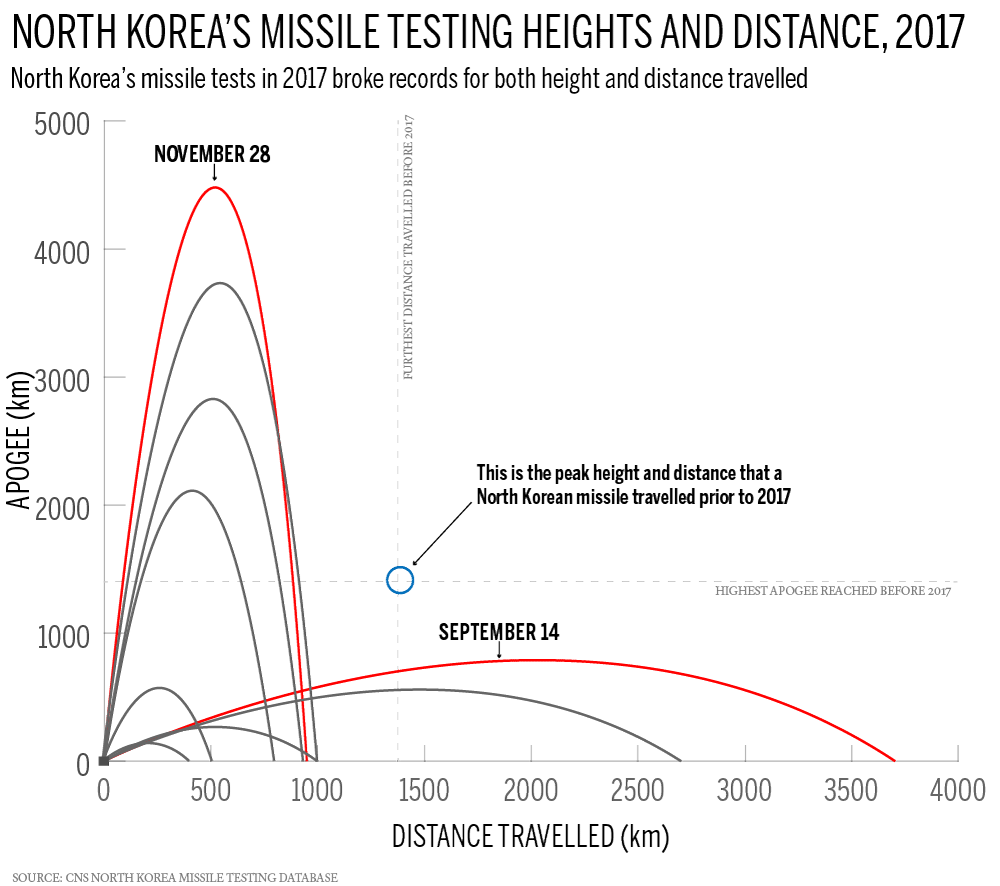 Kim Jong Un has beefed up missile testing since he took power from his father, Kim Jong-il, in 2011. In 2017 the country has launched 20 missiles (five of which were categorized as a ‘failure’), according to the database. 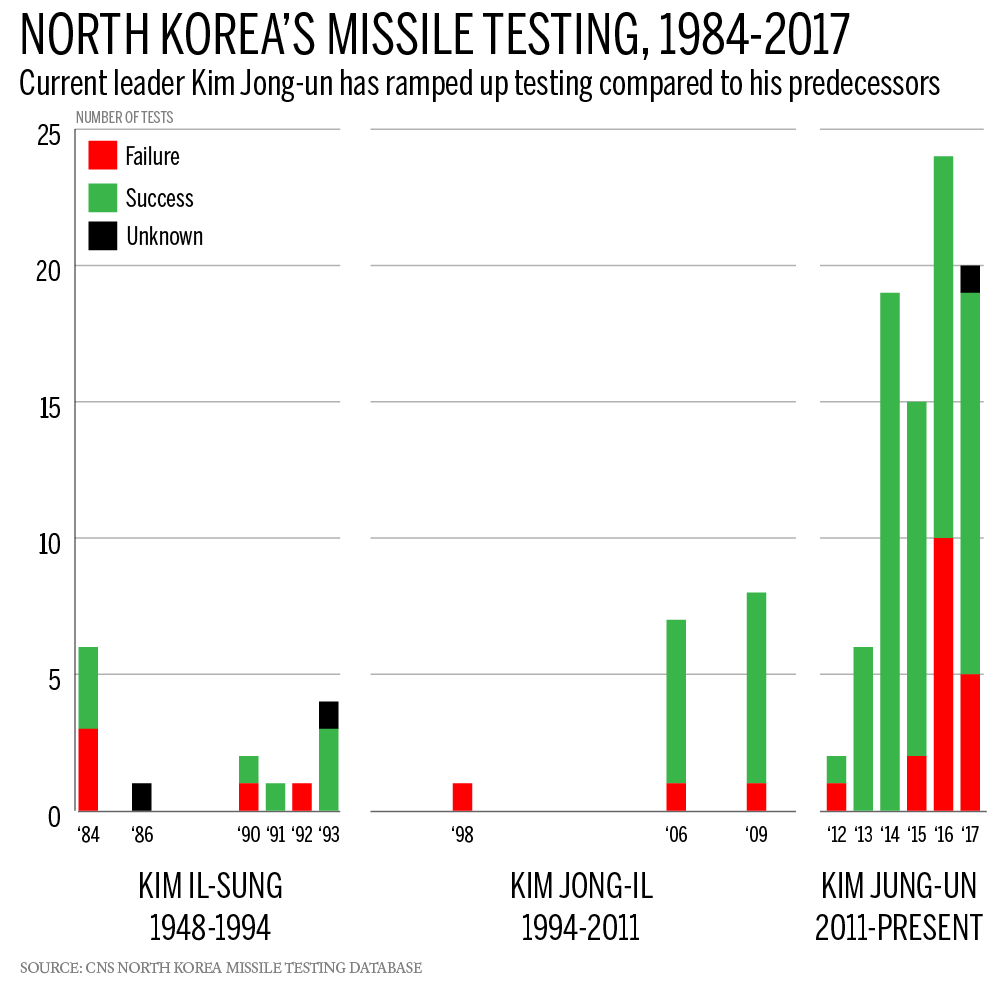 Along with increased missile tests, Kim Jong Un also increased the number of testing facilities since 2011.