How a high-profile Canadian aid project in Afghanistan fell apart 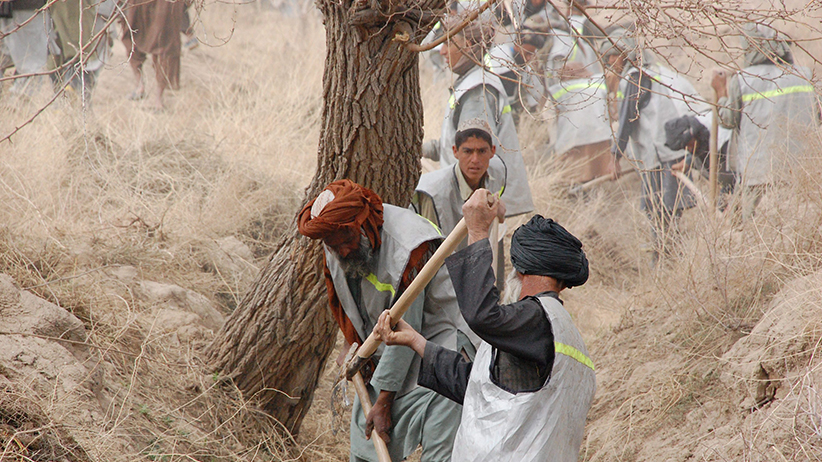 A Canadian development firm that received more than $5 million from the Canadian International Development Agency to boost economic growth in rural Afghanistan spent most of that money on salaries and bureaucracy and accomplished little that was sustainable, according to newly released government documents.

The “Kandahar Rapid Village Development Project” was a $5.26-million plan to “create rapid but sustainable economic growth in four villages of Kandahar province” between 2007 and 2009. CIDA provided the funding for the project to Development Works, an Almonte, Ont.-based organization that had previously worked in Afghanistan, including with USAID, an American government aid agency.

The project was launched at a time when large numbers of Canadian soldiers were dying in southern Afghanistan, and the government was keen to show that Canada’s engagement in the country involved civilian aid as well as combat. CIDA spent hundreds of millions of dollars in Afghanistan. In this case it didn’t get the results it wanted.

In February 2013, when Maclean’s first inquired about the Kandahar Rapid Village Development Project, a CIDA spokesman said it created short-term jobs, established a new “water and sanitation infrastructure,” improved roads, “promoted the establishment of economic facilities, like community-based bakeries and markets” and “increased agricultural productivity” by helping to build a plastic crate factory so farmers could more easily transport produce. CIDA later said the project was not renewed because it “did not represent the best value for money from a sustainable development perspective.”

But Access to Information documents, which CIDA took more than 15 months to deliver, reveal intense frustration with what CIDA judged to be poor results, inaccurate or unverifiable claims, shoddy accounting and extreme cost overruns. “The first project was so rapidly put together that it lacked many basics for results-oriented delivery; it ended up being a very expensive and high-maintenance cash-for-work project that was successfully marketed to visiting senators and ministers,” wrote Adrian Walraven, program manager of CIDA’s Kandahar unit, in an April 2009 email to colleagues. In a September 2009 briefing note, CIDA Kandahar Unit members said Development Works spent only $1.2 million of its budget on project activities. The vast majority of the funds went toward “salaries, fees and project management costs.” The project, they said, came “significantly short” of its development goals.

An audit of the project’s first year found that Development Works had been “over- and double-charging CIDA on a number of occasions” and that it took more than a year to pay its employees “for reasons that are still nebulous.” It also said employee time sheets were approved two years after the hours were worked, and receipts were created two years after articles were bought. It concluded that more than $200,000 should be returned to CIDA.

Drew Gilmour, director of Development Works, rejects most of the accusations, including that he spent only a small portion of his budget on project activities. “I can’t conceive of another program in Kandahar that was more cost-effective than ours,” he says. “The results on the ground that we got with the investment we received from CIDA were unbelievable compared to the other things on the ground. I and the team that worked there are hugely proud of the project. We did the best that we possibly could in the most difficult place on Earth, and I think we delivered.”

Gilmour says CIDA could not properly evaluate what he accomplished because of the reluctance of agency employees to leave their fortified compound and visit the projects it was funding. “Why is Development Works getting punished because [CIDA] couldn’t do their proper field reports? The fact that they would not get their asses out of the compound because they were frightened or they were not allowed is not my fault,” he says. “We begged them to send expatriates to inspect our stuff. But very few inspections came out. How can we fake whether a well is dug? How can we pretend whether sewers are laid? How can we imagine whether a market is built?”

Gilmour admits his bookkeeping was at times “sloppy” but says the final amount of money Development Works was required to reimburse to CIDA was closer to $61,000 than $200,000. He says CIDA expected paper trails that were not possible in Kandahar. “If anyone gave a receipt with an international agency’s name on it, and they got caught, they’d be killed by the Taliban,” he says.

Among the signature projects Development Works launched were a bakery, crate factory and market. CIDA (which has since been merged into Canada’s Department of Foreign Affairs, Trade and Development) described these facilities to Maclean’s as “community-based,” but documents reveal it had reservations about whether such communal ownership was possible. A 2008 CIDA briefing note concluded that none of them was financially viable.

Some CIDA employees, including Joseph Goodings, an economic-growth analyst, judged that Development Works produced good results when it focused on “quick-impact” job projects such as clearing irrigation canals. Development Works was also praised for its willingness to operate in Kandahar province, a place few firms were willing to go. But CIDA said Development Works frequently expanded its mandate without CIDA’s prior approval.

Such projects included a scheme to train women to raise chickens, and what CIDA described as “illegally operating a medical clinic and pharmacy.” Gilmour says one of his Afghan employees, a nurse, provided basic health care to local villagers as a means of fostering goodwill. He says he paid for this service himself. CIDA, in May 2010, described this claim as “highly doubtful.”

CIDA spent a lot of time deliberating over whether to extend Development Works’ contract. Media exposure enjoyed by the firm appears to have been a factor: “A significant value-added . . . is the ability of the project director to communicate effectively with the Canadian and international media about the project’s work on the ground as well as serve as an example of Canada’s work in Kandahar,” reads a July 2008 report on a proposed two-year, $8-million extension.

By the following September, the scope of a potential extension had been scaled back to a 12-month, $2.5-million contract renewal. “Were the project to end as planned on Sept. 30, 2009, with no extension, none of these enterprises will stand as self-sufficient and sustainable results will not be maximized,” wrote Nicolas Lacroix of CIDA’s Kandahar unit. Despite this, CIDA shut down the project “due to serious concerns about project performance and financial management capacity of the implementing partner.” The crate factory, which Gilmour says was viable and was receiving orders, was shut down, its machinery sold off. All the work put into building it, he says, was wasted.

Gilmour says he’s trying to move on from his time in Kandahar. He has done some consulting work for USAID and the Afghan government. He’s now focused on a new career as an artisanal chocolate maker. He crafts his product in the same small-town Ontario building where he used to plan how to bring economic development to rural Afghanistan.